Ranrupt is a village some 47 kilometres south-west of Strasbourg, and it lies about 5 kilometres east of the main road from Strasbourg through Schirneck to St. Die (N. 392 and N. 420). The cemetery is on the southern side of the village at the end of a track leading south-west off the road which goes to the hamlet of La Salcee. The 3 Commonwealth war graves are near the entrance, on the southern side of the main path.

No. of Identified Casualties: 3 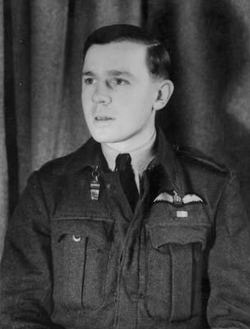 Son of Charles Alfred and Florence May Jupp.

143257 Flying Officer Anthony Owen Colan, Navigator in 166 Squadron, Royal Air Force Volunteer Reserve, died 26th February 1944, aged 31. Son of Owen John and Emma Rosalie Colan; husband of Winifride Mary Colan, of Bexleyheath, Kent. L.G.S.M. His headstone bears the inscription "And Through Him We Believe In The Noble And Brave Who Are Gone" 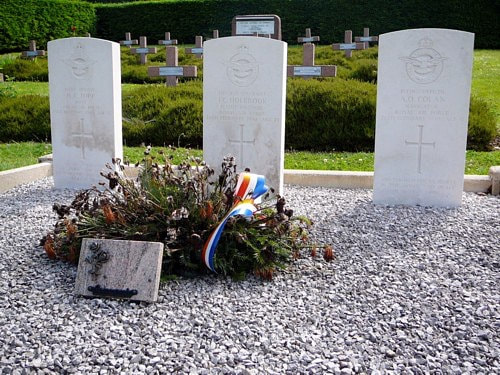