The war cemetery is situated within Toowoomba Cemetery on the corner of Anzac Avenue and South Street West.

Toowoomba was the headquarters of the 1st Australian Army during WW2. It was conveniently placed for the establishment of the Army and Air Force camps and was often used as a re-training facility for Servicemen being sent to the Pacific Islands.

Centrally located among the 44 graves is a cross of Sacrifice. The burials are those of 34 soldiers, nine airmen and one post-war grave. 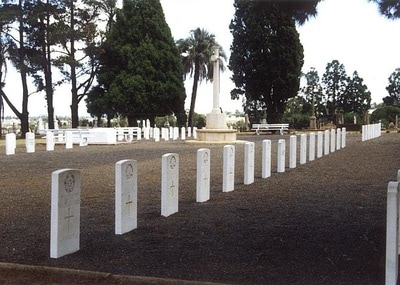 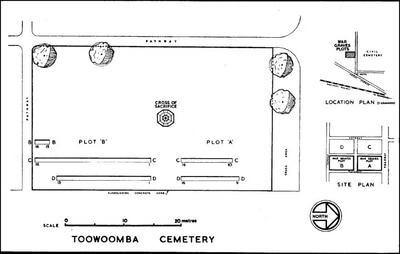 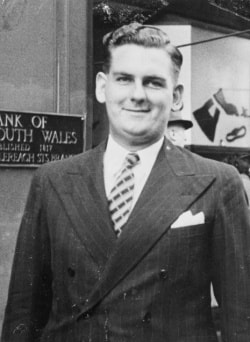 Portrait of 134443 Aircraftman (AC) Harold James Beman, 7 Stores Depot, RAAF, of Hurstville, NSW, on his enlistment day on 1 June 1943. Working as the acting company secretary for Nestlés Australia before enlisting, AC Beaman died of illness at the Toowoomba Orthopaedic Hospital on 9 October 1943, age 27. 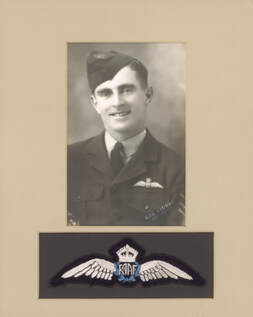 Copy portrait and pilot's wings of 405304 Sergeant Robert Eric Fraser, No 23 Squadron, RAAF, who died accidentally on 7 April 1942 in Toowoomba.