Dalby War Memorial is located on Patrick Street, opposite to Sydney Street.
​

The Dalby War Memorial was unveiled on 26 July 1922 by the Governor of Queensland, Sir Matthew Nathan. The memorial and gates were designed by local monumental mason, Harry Shill and British firms contributed to the design and construction of the digger statue. The stone and bronze memorial honours the 360 local men who served in the First World War, including the 64 fallen.
Picture courtesy of Harry Willey, Scone, New South Wales 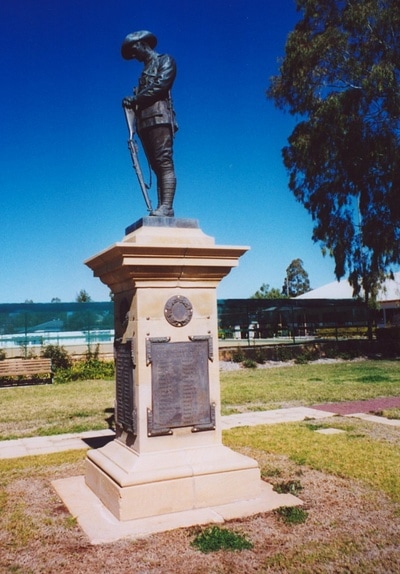