Ipswich is a town some 40 kilometres from Brisbane. The General Cemetery stands on the corner of Cemetery Road and Warwick Road, and is 2 kilometres south of Ipswich Post Office. Just inside the entrance is a triangular plot delineated on two sides by shrubs and roses, contaning service war graves. A Cross of Sacrifice has been erected and the graves, marked by white marble headstones, lies in closely mown grass. The graves of 64 soldiers and 24 airmen belonging to the Australian forces can be found in this cemetery. 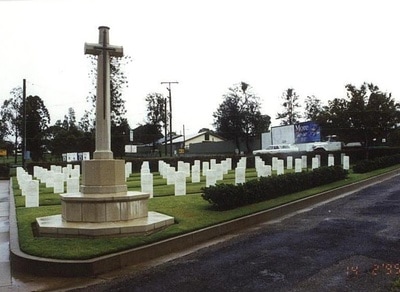 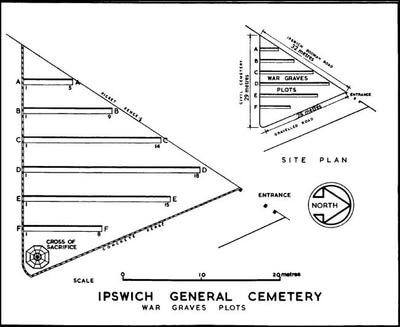 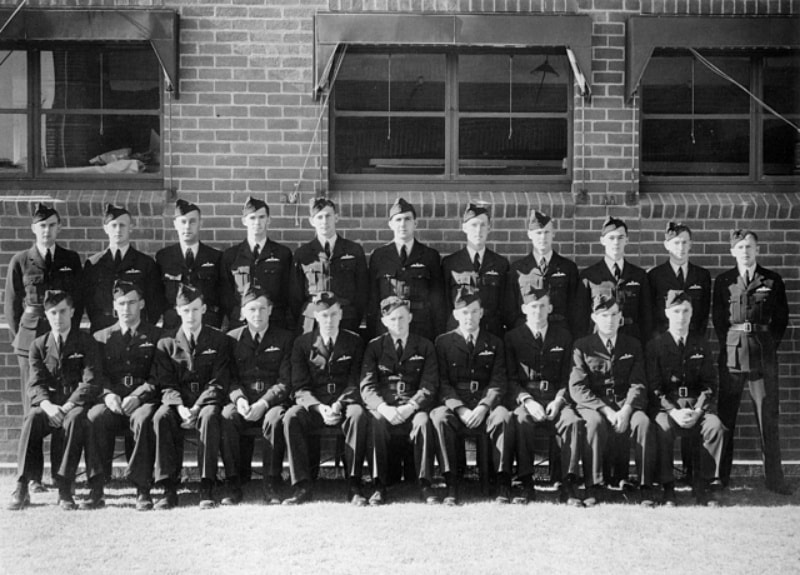 GROUP PORTRAIT OF MEMBERS OF 26A RAAF PILOT'S COURSE AT NO 21 SQUADRON, LAVERTON.
Identified in the back row, 6th from the left is 558 Flying Officer Patrick Adair Black, (Royal Australian Air Force) who was accidentally killed at Amberly, Queensland on 12th February 1941, aged 23. C of E Plot, Section A. A8661. Son of Arthur Laughton Black and Beatrice Agnes Black; husband of Vida Joy Black, of Melbourne, Victoria. 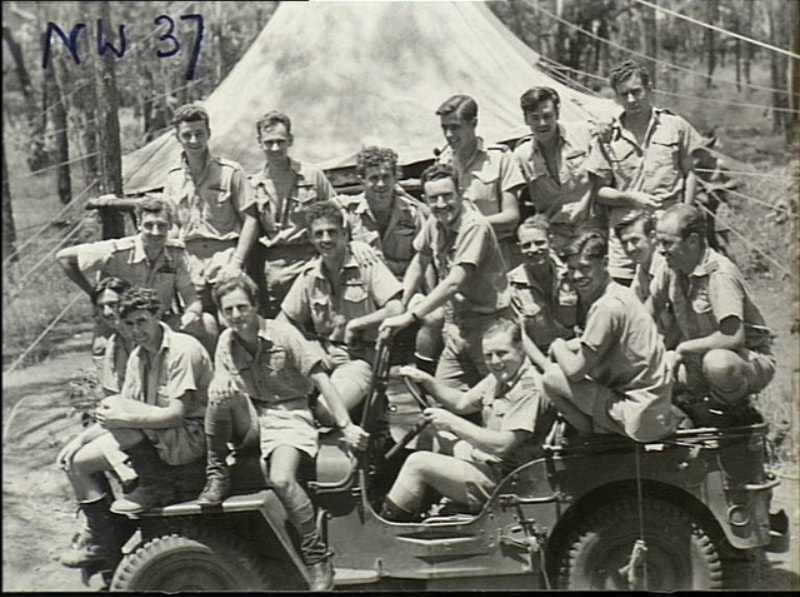 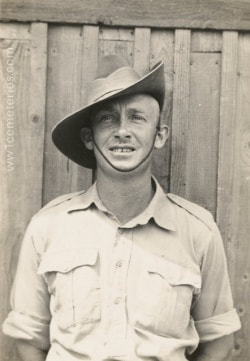 Informal portrait of NX19261 Signalman Donald John McLelland, 1 Australian Corps of Signals. Sig McClelland enllisted on 31 May 1940. With the rank of Acting Corporal and serving in Australia with Headquarters 1 Australian Army Signals, McClelland was accidentally killed on 2 July 1943, aged 27.