With graving docks capable of accommodating destroyers and fuelling facilities, Brisbane became a naval base during the Second World War. Upon the entry of Japan into the war fixed defences were provided and manned, and American detachments arrived and established themselves there. Allied Air Forces headquarters, a general intelligence unit and the headquarters of the G.O.C. in Chief Australian Military Forces were in Brisbane; and in July 1942 the American Supreme Commander of the Allied Forces, South-West Pacific Area moved his Headquarters from Melbourne to Brisbane to be nearer the scene of the operations in Papua and New Guinea.

BRISBANE (LUTWYCHE) CEMETERY contains 389 Second World War burials, 1 being an unidentified Australian Airman. There are also 9 burials of the First World War and 3 burials of other nationalities.

The war graves plot also contains the QUEENSLAND CREMATION MEMORIAL which commemorates 36 members of the Australian Forces who died in Queensland during the Second World War and whose remains were cremated. 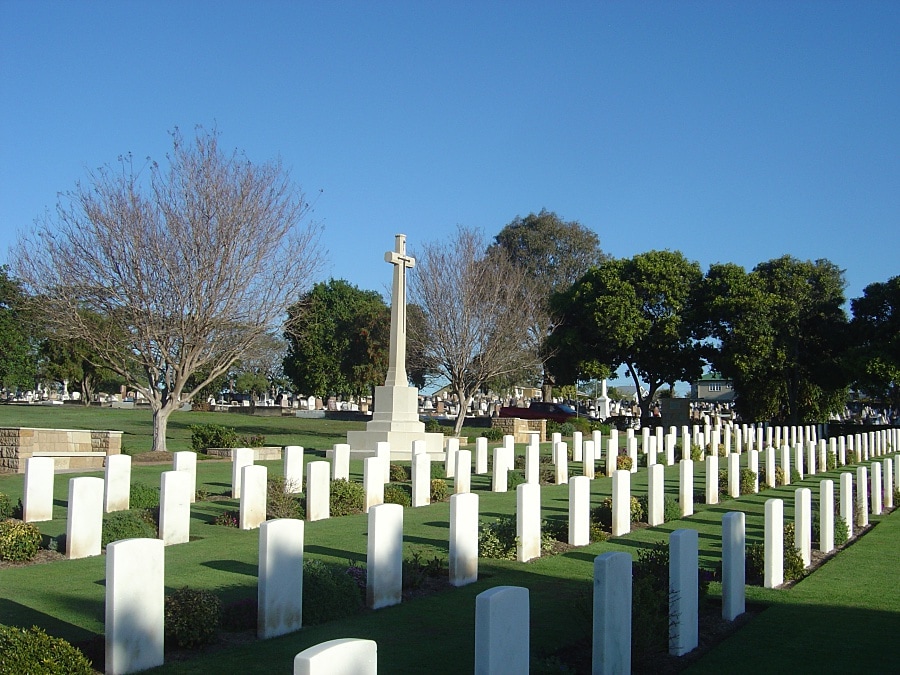