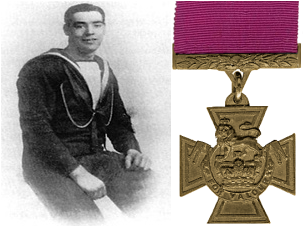 Citation: An extract from "The London Gazette" No. 30687, dated 17th May, 1918, records the following:-"For most conspicuous bravery and devotion to duty. Although mortally wounded in the abdomen, he still went on serving the gun at which he was acting as rammer, lifting a projectile and helping to clear away the other casualties. He collapsed once, but got up, tried again, and cheered on the new gun's crew. He then fell and died. He not only set a very inspiring and memorable example, but he also, whilst mortally wounded, continued to do effective work against the King's enemies. 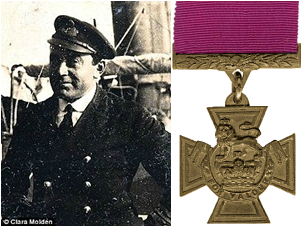 Citation: An extract from the "London Gazette," No. 31354, dated 24th May, 1919, records the following:- "For most conspicuous gallantry and devotion to duty as Commanding Officer of H.M. Submarine E.14. on the 28th of January, 1918. E.14. left Mudros on the 27th of January, under instructions to force the Narrows and attack the " Goeben," which was reported aground off Nagara Point after being damaged during her sortie from the Dardanelles. The latter vessel was not found and E.14. turned back. At about 8.45 a.m. on the 28th of January a torpedo was fired from E.14. at an enemy ship; 11 seconds after the torpedo left the tube a heavy explosion took place, caused all the lights to go out, and sprang the fore hatch. Leaking badly the boat was blown to 15 feet, and at once a heavy fire came from the forts, but the hull was not hit. E.14. then dived and proceeded on her way out. Soon afterwards the boat became out of control and as the air supply was nearly exhausted, Lieutenant-Commander White decided to run the risk of proceeding on the surface. Heavy fire was immediately opened from both sides, and, after running the gauntlet for half-an-hour, being steered from below, E.14. was so badly damaged that Lieutenant-Commander White turned towards the shore in order to give the crew a chance of being saved. He remained on deck the whole time himself until he was killed by a shell." 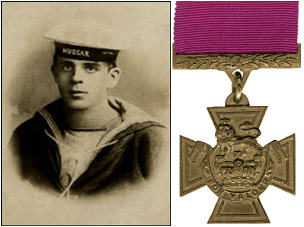 Son of the late William and Elizabeth Williams, of Chepstow, Mon.

Citation: An extract from the London Gazette, No. 29264, dated 13th Aug., 1915, records the following:-"Held on to a line in the water for over an hour under heavy fire, until killed. 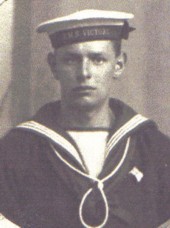 Son of John and Eliza Boynton of Walkington, Yorkshire 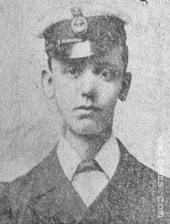 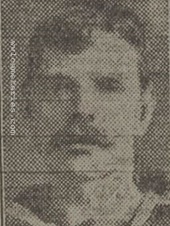 
Son of William and Margaret Haldane, of Aberdeen; husband of Maggie Haldane, of 5, Hill St., Aberdeen. 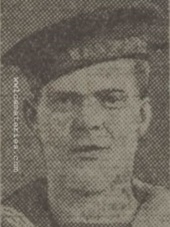 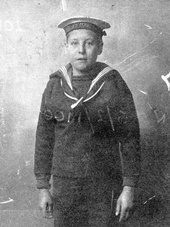 Edward was a signal boy on the HMS Evangel, sunk off Milford Haven by U Boat UC48 .He is also commemorated on the Milford Haven Memorial .

The son of George and Lilly Merchant Rudkin St Leicester .

God Bless always in our hearts and prayers.

Thank you Roger and Joy Pole . 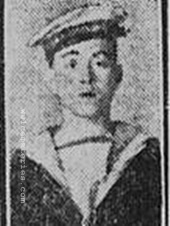 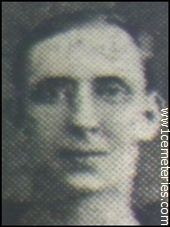 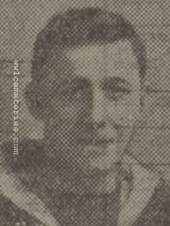 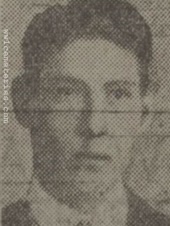 
Son of Sidney Charles and Emily Mary Waddell, of Kirkwall; husband of Magdalene A. Leask Waddell, of 33, Wales St., Aberdeen. 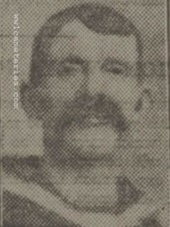