Lae is a town and port at the mouth of the Markham River on the Huon Gulf. Lae War Cemetery is located adjacent to the Botanical Gardens in the centre of Lae.

In the early months of 1942, Japan enjoyed a crushing superiority in the air, and it was Lae and its neighbouring airfields that were the objects of the first Japanese attack on New Guinea. Lae and Salamaua were bombed on 21 January 1942 by 100 planes, but the land forces did not enter the territory until 7 March, when 3,000 Japanese landed at Lae. There were landings too at Salamaua, followed on 21 July by further landings at Buna and Gona on the east coast in preparation for a drive through the Owen Stanley Mountains across the Papuan peninsula to Port Moresby. The vital stage of the New Guinea campaign dates from that time. Lae became one of the bases from which the southward drive was launched and maintained until it was stopped at Ioribaiwa Ridge, a point within 60 kilometres of Port Moresby.

LAE WAR CEMETERY was commenced in 1944 by the Australian Army Graves Service and handed over to the Commission in 1947. It contains the graves of men who lost their lives during the New Guinea campaign whose graves were brought here from the temporary military cemeteries in areas where the fighting took place. The Indian casualties were soldiers of the army of undivided India who had been taken prisoner during the fighting in Malaya and Hong Kong. The great majority of the unidentified were recovered between But airfield and Wewak, where they had died while employed in working parties. Of the two men belonging to the army of the United Kingdom, one was attached to 2/9th Australian Infantry Battalion and the other was a member of the Hong Kong-Singapore Royal Artillery. The naval casualties were killed, or died of injuries received, on H.M. Ships King George V, Glenearn and Empire Arquebus, and the four men of the Merchant Navy were killed when the S.S. Gorgon was bombed and damaged in Milne Bay in April 1943.

The cemetery contains 2,818 Commonwealth burials of the Second World War, 444 of them unidentified.

Prior to the First World War, north-eastern New Guinea and certain adjacent islands were German possessions, and were occupied by Australian Forces on 12 September 1914. Several cemeteries in New Guinea contain the graves of men who died during that war. There is one such grave in Lae War Cemetery, brought in from a burial ground where permanent maintenance could not be assured.

The LAE MEMORIAL, which stands in the cemetery, commemorates more than 300 officers and men of the Australian Army, the Australian Merchant Navy and the Royal Australian Air Force who lost their lives in these operations and have no known grave. Casualties of the Royal Australian Navy who lost their lives in the south-western Pacific region, and have no known grave but the sea, are commemorated on Plymouth Naval Memorial in England along with many of their comrades of the Royal Navy and of other Commonwealth Naval Forces. 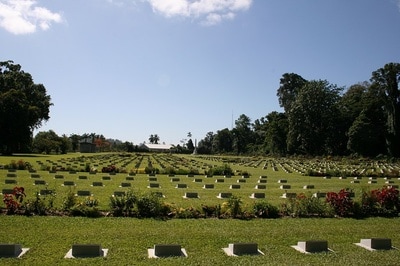 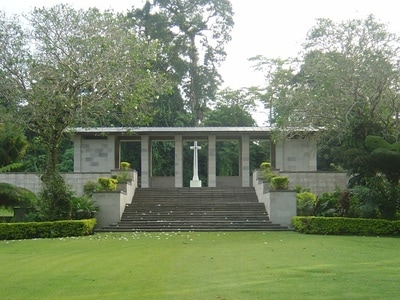 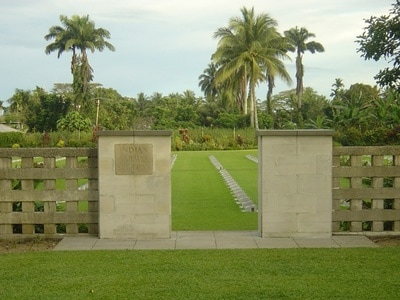 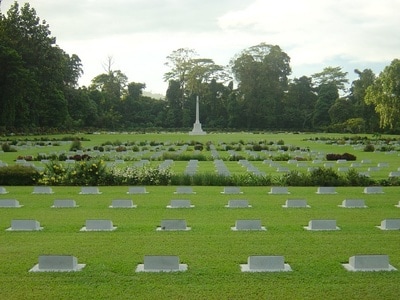 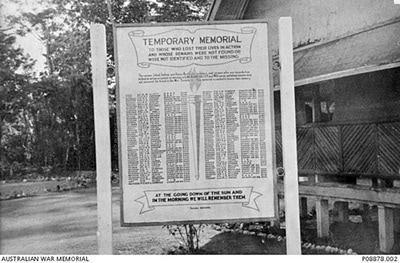 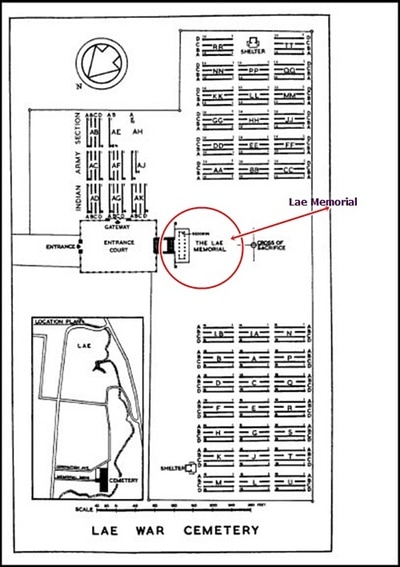 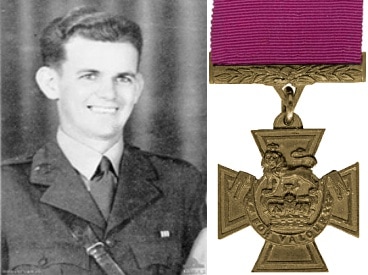 ​
Citation: The following details are given in the London Gazette of 4th September, 1945, announcing the award of the Victoria Cross to Lt. A. Chowne, M.M., "For most conspicuous bravery, brilliant leadership and devotion to duty". After the capture of Dagua, in New Guinea, on March 25th, 1945, the main enemy force withdrew to previously prepared positions which threatened the flank of the Division and made further movement towards Wewak impossible. The battalion with which Lt. Chowne was serving was ordered to destroy the enemy. The leading platoon suffered severely, the wounded included the Platoon Commander. Lt. Chowne, commanding the reserve platoon, instantly rushed the enemy position, hurling grenades which knocked out two enemy light machine-guns. Calling on his men to follow him, he cleared the position. Although twice seriously wounded, Lt. Chowne accounted for two more Japanese before he was killed standing over fox-holes occupied by the enemy. The superb heroism and self-sacrifice of this officer, culminating in his death, resulted in the capture of this strongly held position, ensured the further immediate success of his Company and paved the way directly for the Division's advance to Wewak. 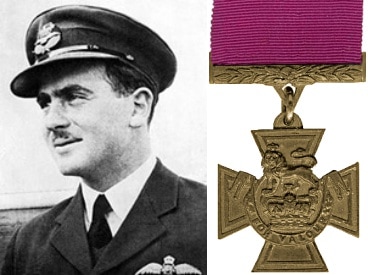 
Citation: The following details are given in the London Gazette of 15th October, 1943 : Flight Lieutenant Newton served with No. 22 Squadron, Royal Australian Air Force, in New Guinea from May 1942 to March 1943. Throughout he displayed great courage and an iron determination to inflict the utmost damage on the enemy. His splendid offensive flying and fighting were attended with brilliant success. When leading an attack on March 16th, 1943, his aircraft was hit repeatedly. Nevertheless he held to his course and bombed his target from low level. The attack resulted in the destruction of many buildings and dumps, including two 40,000 gallon fuel installations. Although his aircraft was crippled Flight Lieutenant Newton managed to fly back to base and land successfully. Returning next day to an even more difficult target in the same locality he attacked with his usual courage and resolution. At the moment of scoring a hit his aircraft burst into flames. He deemed it his duty to keep in the air as long as he could, to take his crew as far as possible from the enemy. With great skill he brought his aircraft down on the water. Two members of the crew were able to extricate themselves and were seen swimming to shore, but the gallant pilot was missing. Without regard to his own safety, he had done all that man could do to prevent his crew falling into enemy hands. Flight Lieutenant Newton's many examples of conspicuous bravery have rarely been equalled and will serve as a shining example to all who follow him.