Peronnes is a village located south of the town at La Louviere, 5kms north-west from the town of Binche. At the end of the E19 motorway, follow on across the traffic light junction onto the N55. Follow the road for approximately 1.5 km.until you reach the roundabaout and then take the third exit onto the N563 in the direction of Morlanwelz. Take the first street on your left which is the Rue Joseph Wauters. Continue down the street for about 500m until you see the church on your left. Park on the square in front of the church and the cemetery is located in the fields 100m to the rear of the church. When approaching the church from the parking area walk along the narrow path that is on the right of the church and this will lead to the cemetery.

Peronnes (Charbonnage) Communal Cemetery contains the grave of one Commonwealth airman of the Second World War. 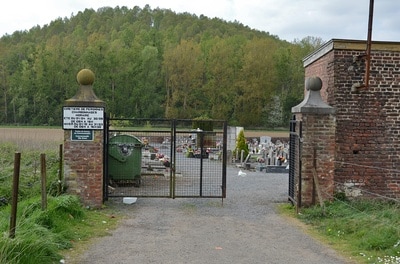 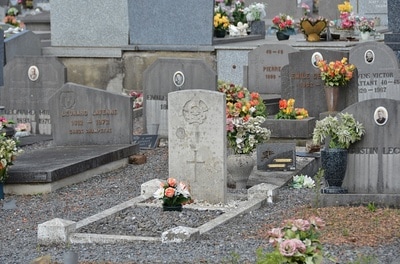 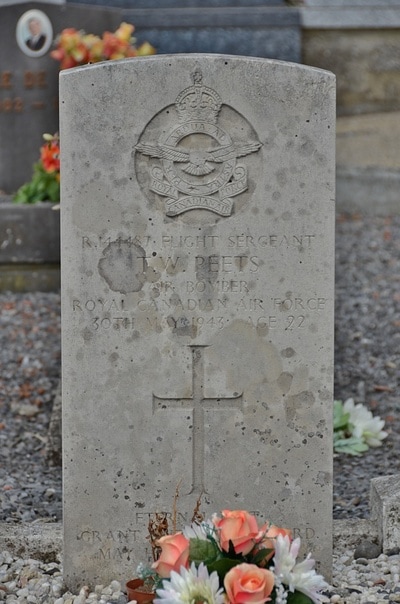 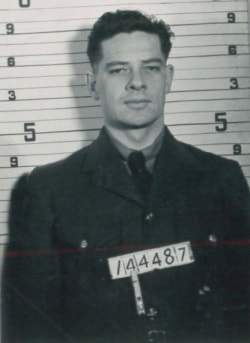 ​Son of David A. and Mary E. Peets, of Belleville, Ontario, Canada.

His headstone bears the inscription "Eternal Rest Grant Unto Him, O Lord, May He Rest In Peace"