The SS11 in Padua is the Via Chiesanuova from which, at about 2 kilometres from the town centre, a right turn is made onto the Via della Biscia. Follow this road until you reach the cemetery on the right.

The Allied advance was stalled for two successive winters: in 1943 on the German defensive position known as the Gustav Line, stretching from the river Gargliano in the west to the Sangro in the east, and in 1944 on the Gothic Line in the northern Appenine mountains. At the beginning of April 1945, the Allies launched their final offensive against the German positions spread out in a line across Italy, south of Bologna. German resistance was by now beginning to disintegrate and the Allies were able to fan out rapidly across the Po valley.

Padua War Cemetery lies in the zone of the Allied breakthrough in the spring of 1945 when, despite some resistance, the town was captured by Indian troops.

The cemetery contains 517 commonwealth burials of the Second World War, 32 of them unidentified. There are also four war graves of other nationalities and one non-war burial. 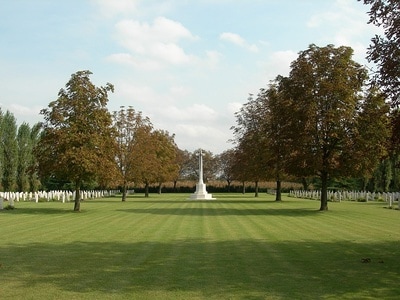 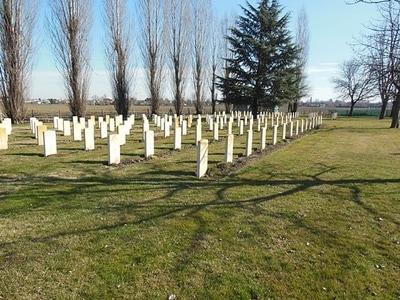 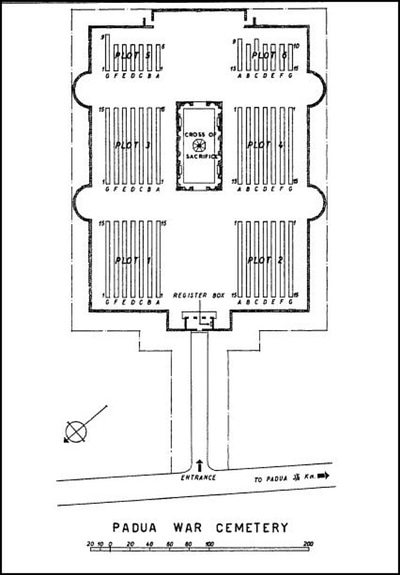