From the A73 Nijmegen to Venlo motorway take exit 7 (Afrit 7) VIERLINGSBEEK / OVERLOON and follow the direction OVERLOON.
Continue for approx 2kms along the VIERLINGSBEEKSEWEG and on entering the village of Overloon turn left (CWGC sign).

The cemetery can be found after approx 100m on the left.

The Netherlands fell to the Germans in May 1940 and was not re-entered by Allied forces until September 1944.

There was severe fighting in the vicinity of Overloon in October-November 1944, when the Germans were being cleared out of the region south and west of the Maas in preparation for the final attack on the Rhineland. Most of the burials in Overloon War Cemetery are of men who died during these months.

The cemetery contains 280 Commonwealth burials of the Second World War, and one Dutch war grave. 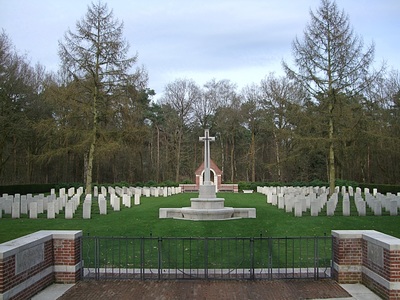 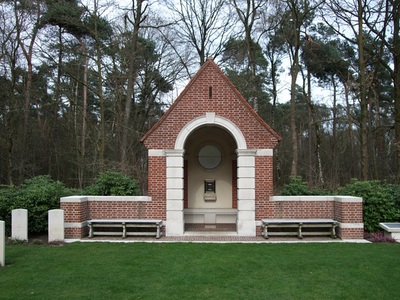 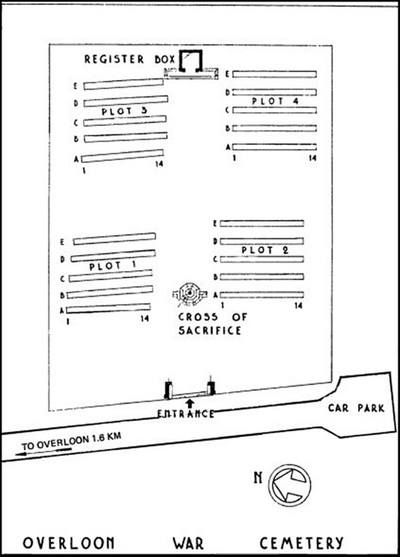