The village of Ormeignies is located south-west of the town of Ath off the N527. From the motorway E42 turn off at junction 32 onto the N7 direction Ath. Follow the N7 past the villages of Gaurain-Ramecroix, Barry, Leuze-en-Hainault and Ligne. After crossing the railway at Ligne take the first turning right to Villers-Notre-Dame. Follow through the village along rue Probideau then fork right into Chemin Belicamp, direction Ormegnies. Go straight over the crossroads with the N527 into the village along rue de Betissart. At the end of this road turn left into rue de l'Epinette and follow it around to the right where it becomes rue de la Fontaine d'Ormeignies. The cemetery is located about 100 m outside the village on the right hand side of the road and is surrounded by fields. 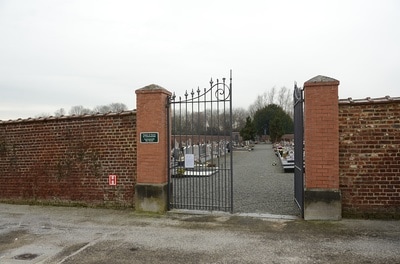 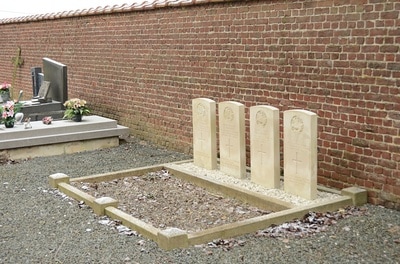 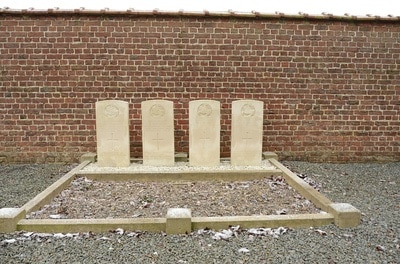 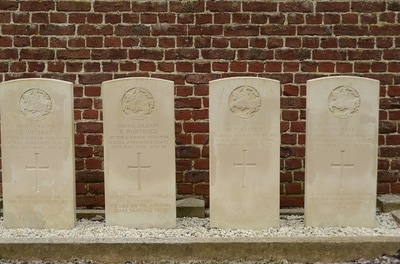 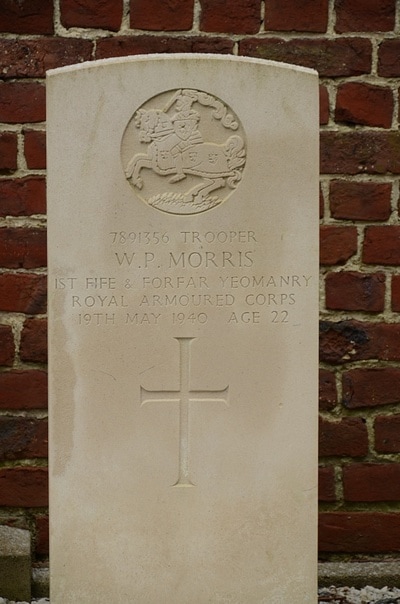 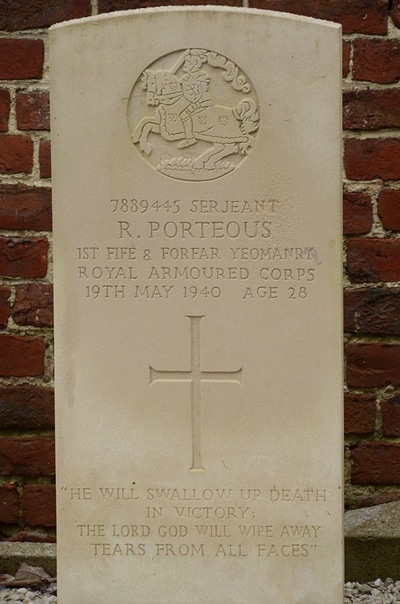 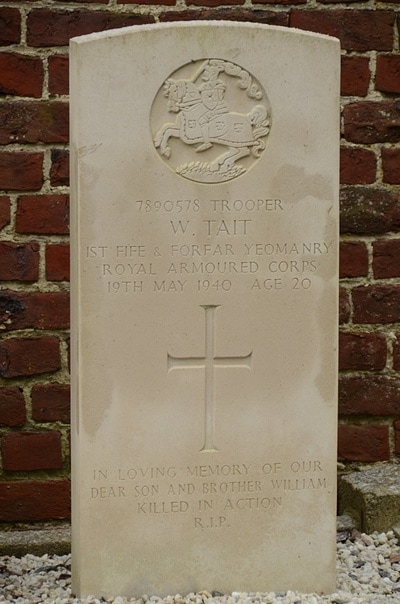 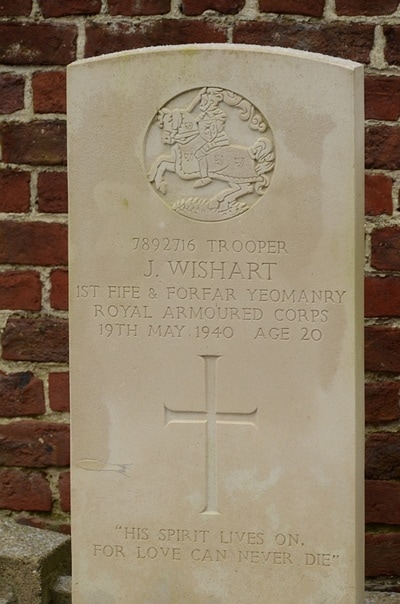