The village of Olsene is located south-west of the city of Gent on the N43. From the motorway E17/A14, which runs between Kortrijk and Antwerp, turn off at junction 6 onto the N459, direction Olsene & Tielt. Follow this road to the village of Olsene. In the centre of the village drive past the Market Square and at the junction with the N43 Grote Steenweg turn left. After driving along the other side of the market square turn right into Kerkstraat and in the direction of Dentergem. The cemetery will be found on the left hand side of the road just as it leaves the edge of the village and before crossing the river. The grave is located to the rear of the cemetery next to the main pathway. 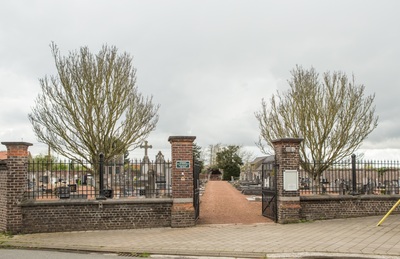 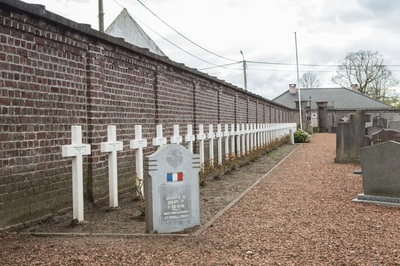 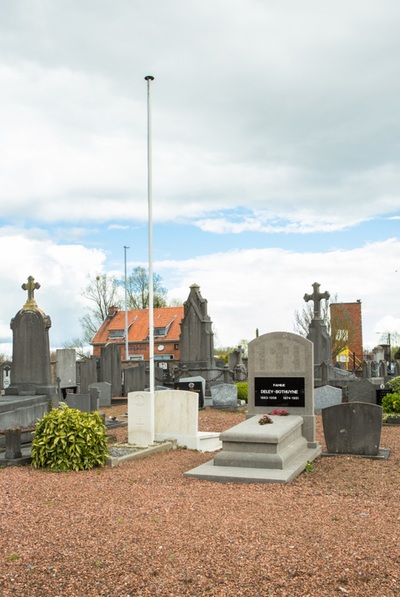 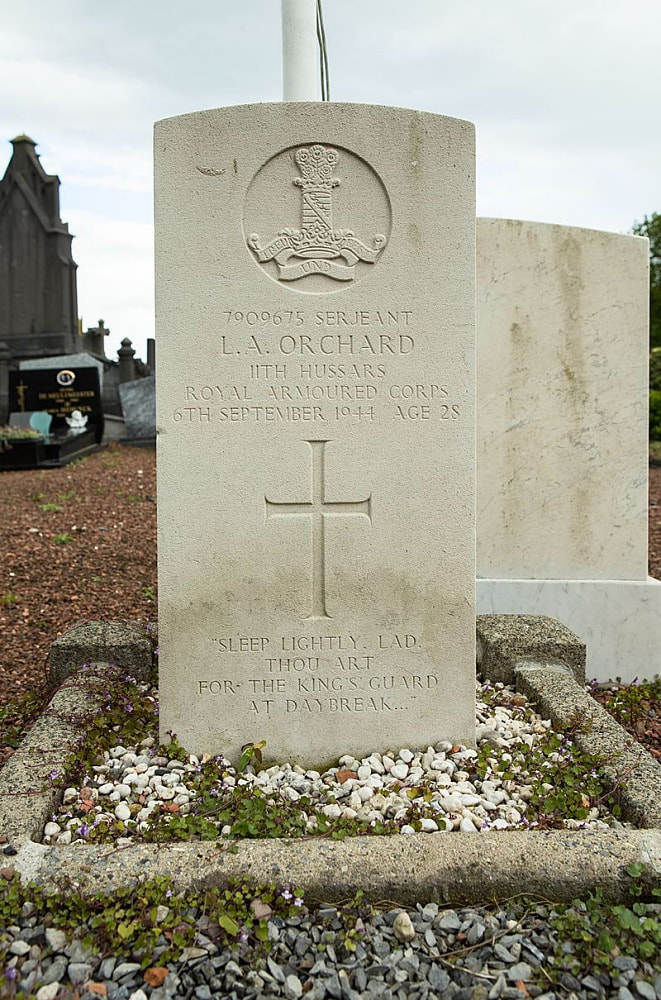