Located within the Sandgate General Cemetery on the Pacific highway is the Newcastle (Sandgate) War Cemetery which has 73 burials. Included in the burials are four men of the Royal Navy. The front entrance of the cemetery is through a wrought iron gate set in a low stone wall constructed of a local stone.

​The city of Newcastle was a strategic military site both as a centre for heavy industry and as a busy seaport. On the 8th of June 1942 Newcastle came under attack from a Japanese submarine. The area was also a major staging area for AIF Divisions and supported some of the largest concentrations of troops in Australia throughout the war. The Australian Second Army including the 1st, 9th and 28th Brigades and the 3rd Army Tank Brigade were based on the outskirts of Newcastle, the 4th Armoured Brigade in Singleton and three Artillery Training Regiments at Greta. 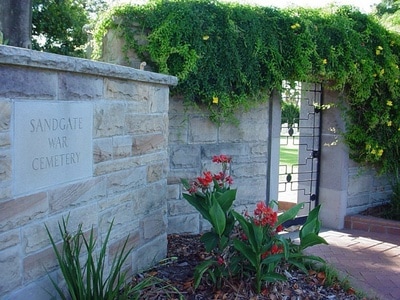 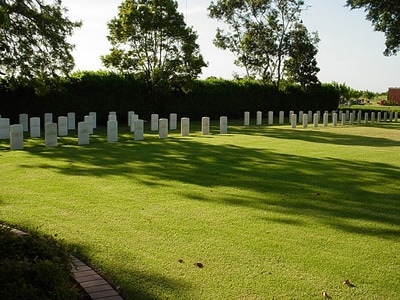 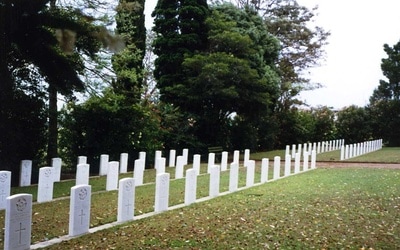 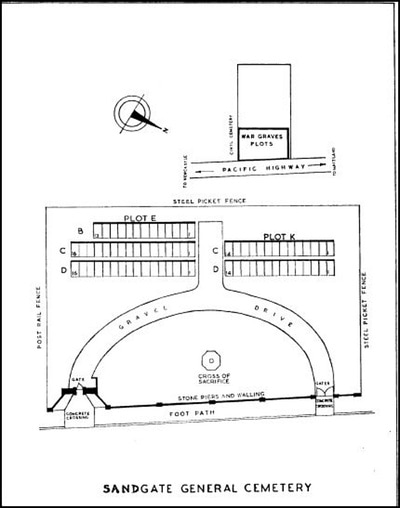 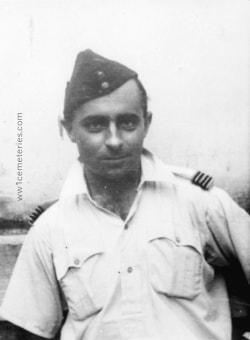 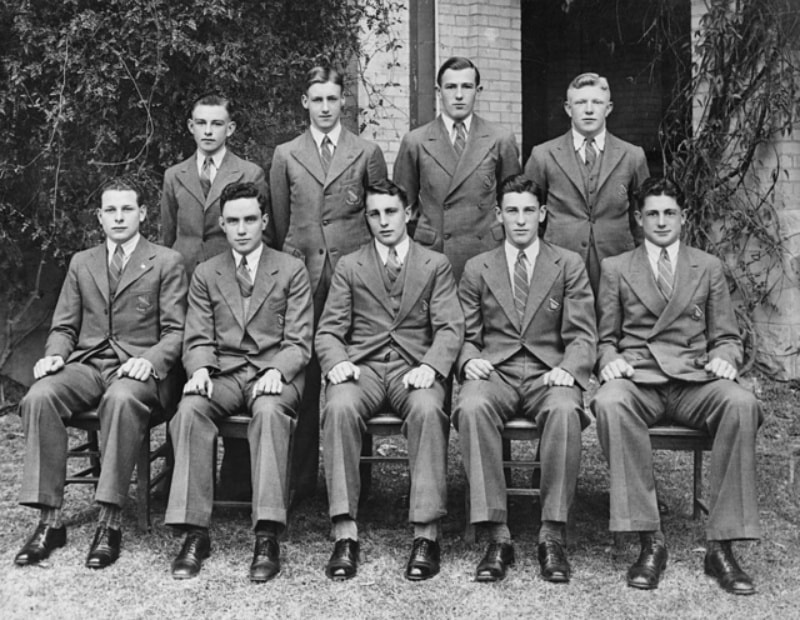 Group portrait of prefects from St Ignatius College, Riverview.
Identified in the from row, second from the right and buried in this cemetery is 432005 Ian Eustace Hollingdale, Royal Australian Air Force, killed in action on 14th October 1943, aged 20. Plot E. C. 5. Son of Eustace Thomas Hollingdale and Elizabeth Del Hollingdale, of Rose Bay. 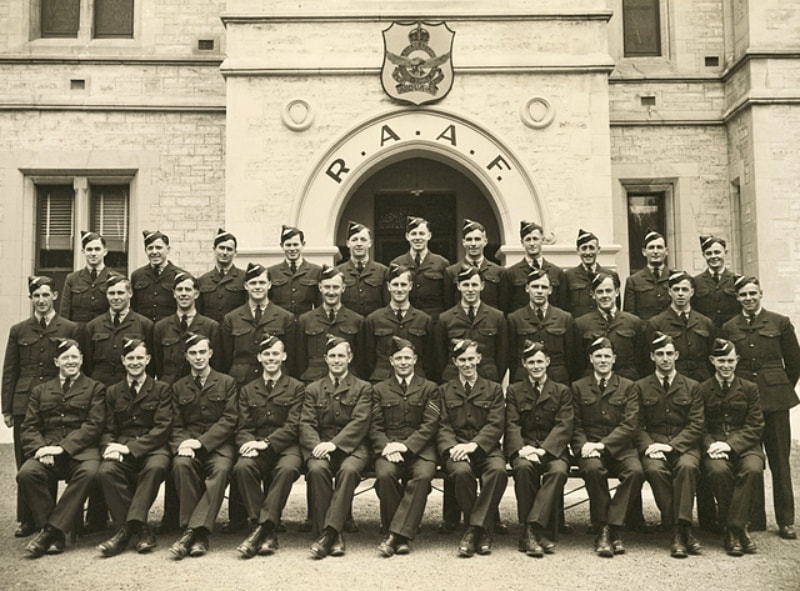 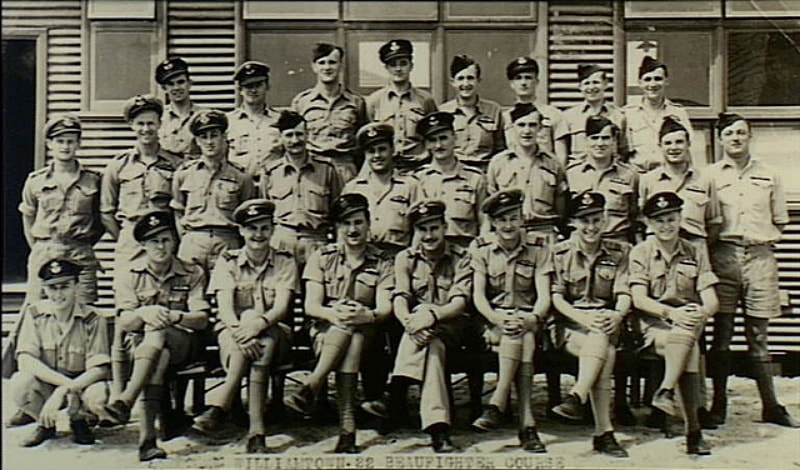 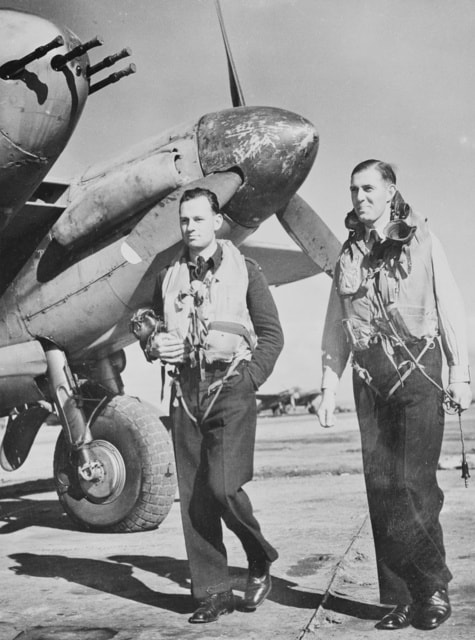 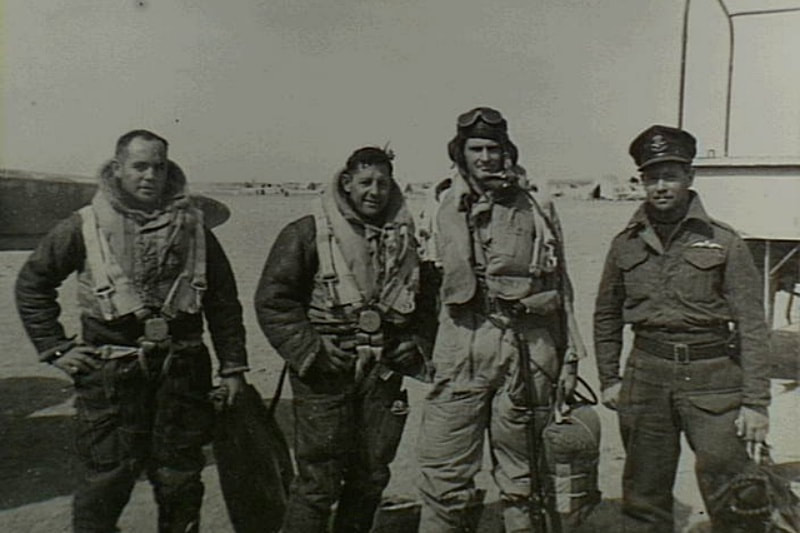 These airmen all served at the same time in the same squadrons in the Middle East, including RAF 39 Squadron, 203 Squadron and the Middle East Training School. On 21 July 1945, aged 27, Flt Lt Paterson was accidentally killed in a ground accident at Lake Belmont, Lake Macquarie while serving with 11 Squadron, RAAF. (Donor A. Penman). He is buried in plot K. C. 4.  Son of Thomas and Elsie Jane Paterson, of Caulfield, Victoria. 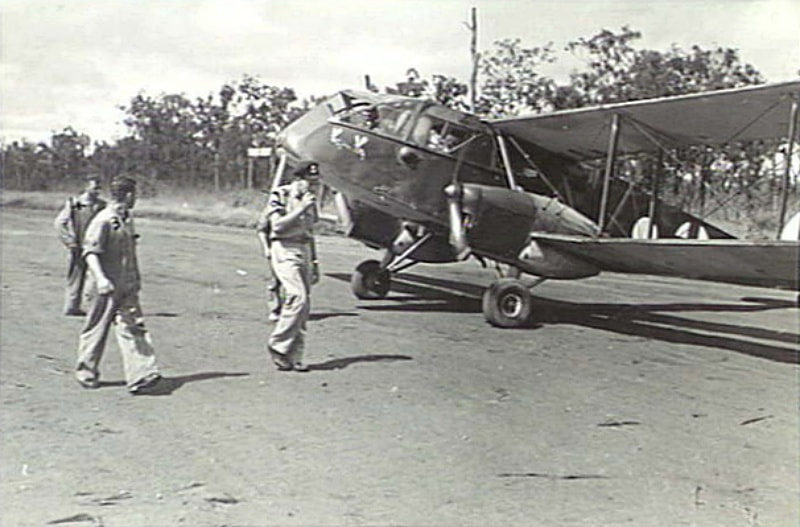 WO Smallhorn was accidentally killed at Port Stephens, NSW on 8th November 1944, aged 23 while on a flight with 5 Operational Training Unit at Williamtown, NSW and is buried in this cemetery in Plot K. D. 3. Son of Walter Leslie and Eily Foy Smallhorn, of East Malvern, Victoria. 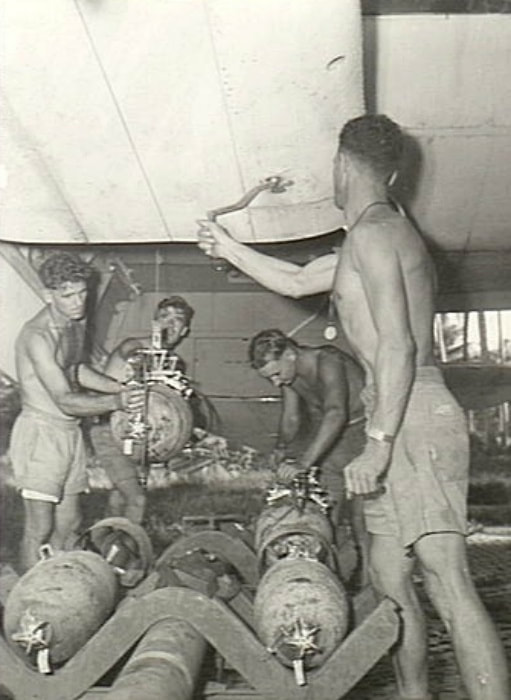 LAC Thompson later died of illness at Rathmines, NSW on 22 August 1944, aged 38 and is buried in cemetery in plot K. D. 8.
Son of Henry and Elizabeth Jane Thompson; husband of Edna Mary Thompson, of Ashfield. 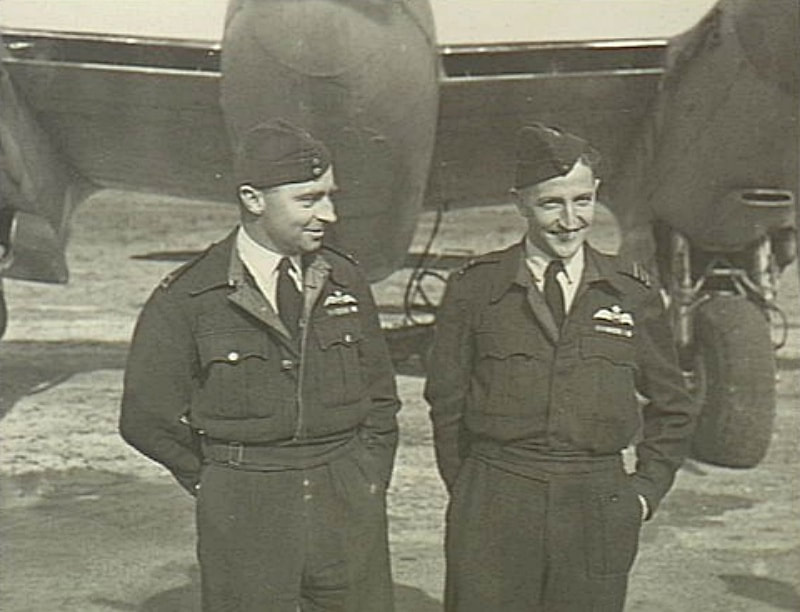 Williamtown, NSW. 1944-08-20. Two experienced pilots in front of a De Havilland Mosquito aircraft on which they will undergo conversion training at No. 5 Operational Training Unit. Identified on the right is 413454 Flying Officer (FO) Francis John White. FO White was killed in an accident at Williamtown, NSW on 31 January 1945, aged 21 who is buried in this cemetery in Plot K. C. 13. Son of Walter John and Cecilia Anna White; husband of Margaret Jean White, of Tamworth. 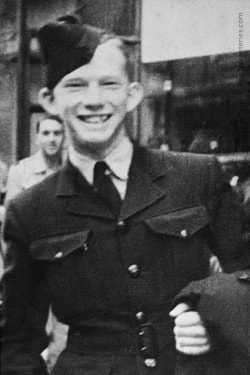 Son of George Thomas Wilkinson and Nellie Wilkinson, of Manly.