Cowra is a small town in the Central West region of New South Wales, Australia. The cemetery is located to the north of the town, close to Canowindra road.
​ 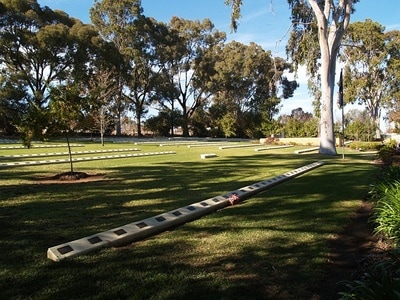