Eiganes Churchyard lies about half a kilometre west of the town centre, and the Commonwealth War Graves Plot occupies a prominent position at the head of the main avenue leading to the Crematorium.

From the town follow route 509 in the direction of Bergen to a large junction with traffic lights and the football stadium on the right. Turn right here into Wesselsgate and then first right again into Alexander Kiellandsgate. The cemetery is along here on the left.

In November 1942, an attempt was made to destroy the hydroelectric power station at Vermork, in Telemark, where heavy water was produced for German atomic research. Two gliders and an aircraft engaged in the raid crashed in southern Norway. All those aboard, Royal Engineers of the 1st Airborne Division and members of the Commonwealth air forces, were either killed in the crash or died later, at the hands of their German captors. The heavy water plant was eventually destroyed by a party of six Norwegians dropped by parachute in 1943.

Stavanger (Eiganes) Churchyard contains the graves of 25 servicemen who died in the raid. A further 7 are buried in Helleland Churchyard and 5, who were executed in January 1943, are buried in Oslo Western Cemetery.

In all, the cemetery contains 44 Commonwealth burials of the Second World War. 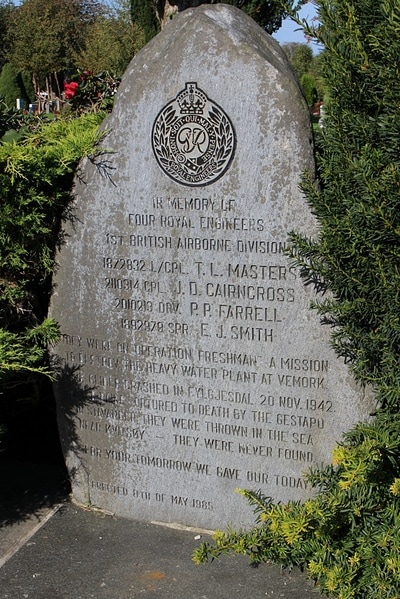 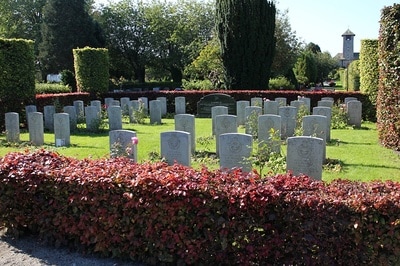 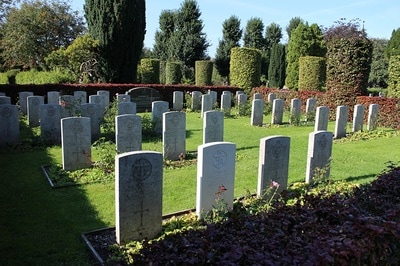 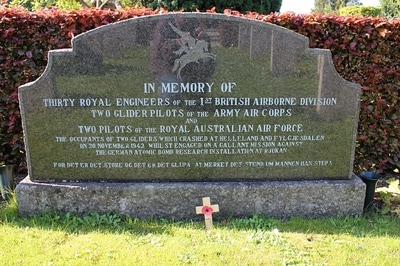