Risor is on the south coast of Norway, north east of Arendal. From the E18 follow the 416 to Risor. Follow the road into the town, past the white church on the left, to the T-junction. Turn left into Tjenna and then first right into a parking area under the bridge. The Commonwealth war graves are located through the main gate to the crosspath, where you should turn right and follow to the end.

Also buried in the cemetery are two unidentified seamen of the First World War, who died in the Battle of Jutland in 1916. 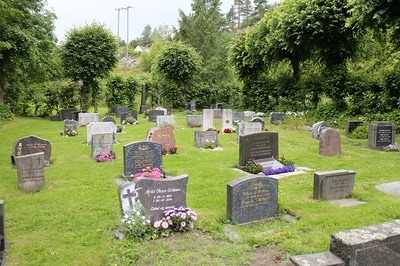 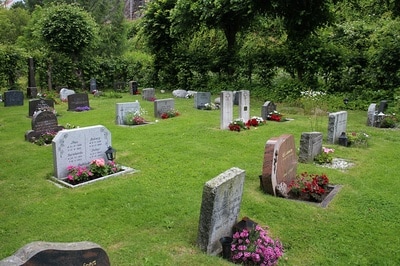 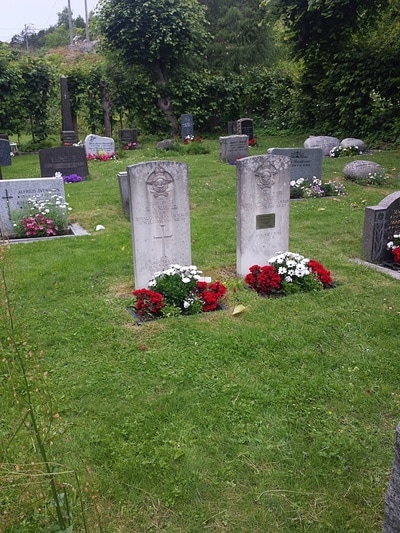 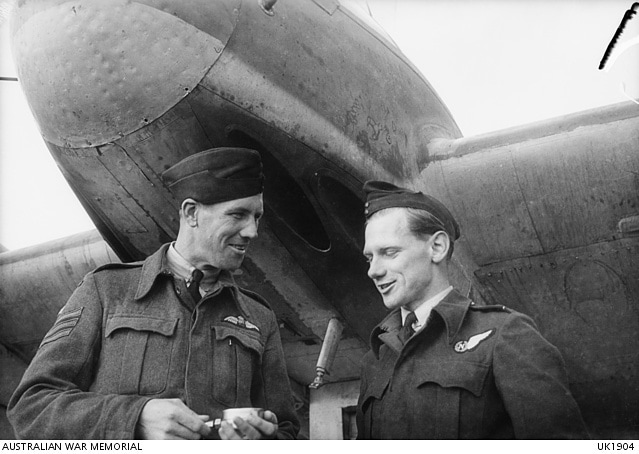 Portrait of 437282 Flight Sergeant (later Pilot Officer) Norman George Steer of Prospect, SA, Pilot (left), and 434107 Flying Officer Basil Trevor Roberts of Townsville, Qld, Navigator. They formed a ship-busting crew flying Beaufighter aircraft with RAAF 455 Squadron operating out of RAF Langham station, UK. On 15 October 1944, their aircraft ditched into the sea after attacking enemy trawlers off Norway. Only the body of FO Roberts was recovered, and he is buried in the Risor Civil Cemetery on the south coast of Norway