Bergen is a large seaport in south-west Norway, about 500 kilometres by rail from Oslo.

The cemetery is located approximately 2.5 kilometres from the harbour. To locate the cemetery from the harbour, take the signs to Kong Oscar's Gate, follow RV585 along Kalfarveien and Kalvedalsveien. Turn right immediately before the tunnel to Mollendalsbakken. The main entrance to the cemetery will be found 50 metres on the left along this road. Through the gate, follow the left hand path uphill and to the right and along by the railings. The Commonwealth war graves are off to the left in Plot N.

Bergen (Mollendal) Church Cemetery contains a war graves plot of 46 Commonwealth burials, one of them unidentified. The majority of the graves are of airmen who were killed in and around Bergen. The plot also contains three non-war graves. 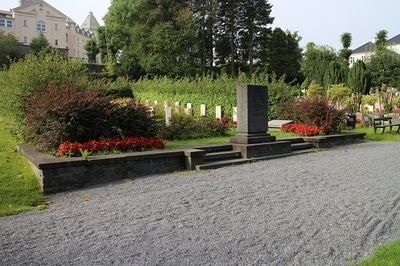 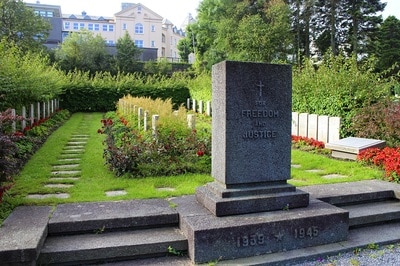 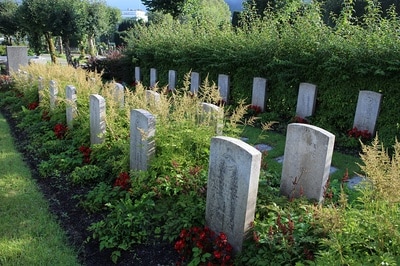 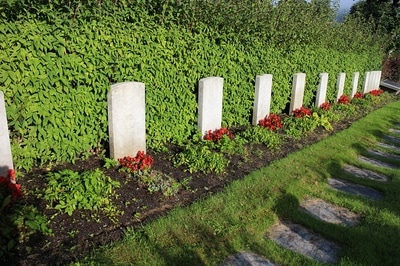