Ballangen is a town on the Vestfjord in north-west Norway about 25 km south west of Narvik. Approaching from the south follow the main E6 route through the town to the sharp leff turn at the junction with the road to Bjorkasen, at which point the cemetery can be seen on the left side. The entrance is a further 200 metres along the road opposite the white wooden meeting house.

From the entrance in the car park the war graves are approximately 80 metres along the path on the left side.

Ballangen was occupied on 26 April 1940 by the 2nd Battalion, South Wales Borderers.

Ballangen New Cemetery contains 28 Commonwealth burials, four of them unidentified. Most of the naval casualties served in HMS Hardy and HMS Hunter, and died in the First Battle of Narvik on 10 April 1940. 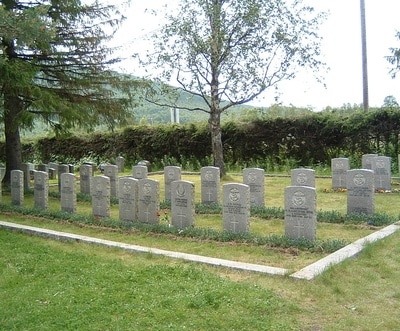 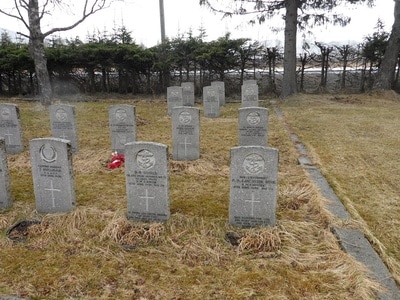 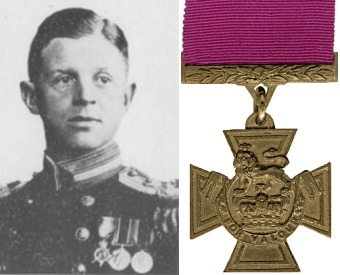 
Citation: The citation in the London Gazette for 7th June, 1940, gives the following information: For gallantry, enterprise and daring in command of the force engaged in the First Battle of Narvik, on 10th April, 1940. On being ordered to carry out an attack on Narvik, Captain Warburton-Lee learned that the enemy was holding the place in much greater force than had been thought. He signalled to the Admiralty that six German destroyers and one submarine were there, that the channel might be mined, and that he intended to attack at dawn. The Admiralty replied that he alone could judge whether to attack, and that whatever decision he made would have full support. Captain Warburton-Lee led his flotilla of five destroyers up the fjord in heavy snow-storms, arriving off Narvik just after daybreak. He took the enemy completely by surprise and made three successful attacks on warships and merchantmen in the harbour. As the flotilla withdrew, five enemy destroyers of superior gunpower were encountered and engaged. The Captain was mortally wounded by a shell which hit the bridge of H.M.S. Hardy. His last signal was "Continue to engage the enemy".