Austad Churchyard contains the graves of five Commonwealth airmen. Four are in a collective grave and the fifth lies nearby. 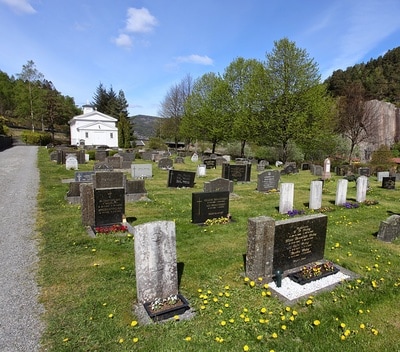 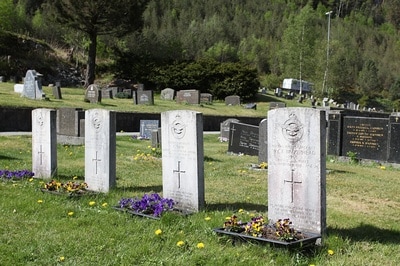