Andalsnes is a village in the province of Møre Og Romsdal, situated on Route E136. On travelling from the south turn right at the T junction towards Andalsnes. Follow this road under the bridge and at the roundabout take the third exit into Storgata. Follow this road to the "S Marked" (a local supermarket) and then turn left into Kansvegen. Follow along Kansvegen and take the first turning on the left into Kapellvegen; the cemetery is at the end of the road.

During the Second World War, Norway was of strategic importance to the Germans. Their invasion on 9 April 1940 was sudden and widespread and despite Allied intervention, the entire country was under German occupation by early June. Thereafter, Allied activity in Norway was confined to raids and special operations, with the Commonwealth air forces providing support to Norwegian resistance groups until the German capitulation in May 1945. There are no Commonwealth war cemeteries in Norway, those who died there being buried in civil cemeteries and churchyards. Andalsnes was one of the landing places of the Allied expeditionary force that went to Norway in April 1940. Andalsnes Church Cemetery contains five Commonwealth burials, three of them unidentified.

INSCRIPTION. BELOVED HUSBAND OF MADELEINE HE LAID DOWN HIS LIFE FOR HIS FRIENDS 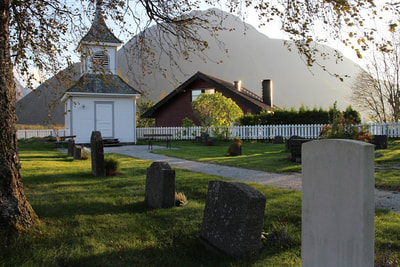 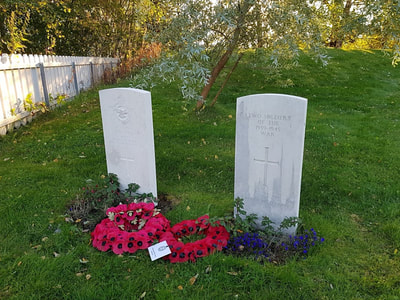 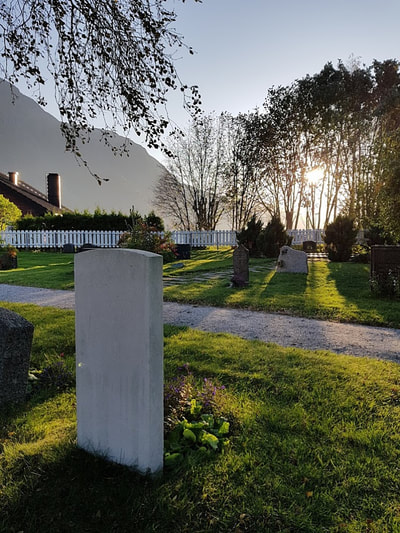