The village of Thanbyuzayat is 65 kilometres south of the port of Moulmein, and the war cemetery lies at the foot of the hills which separate the Union of Myanmar from Thailand.

Travel from Yangon to Moulmein is possible by both rail and road. It will take between 6-7 hours by road and 12 hours by rail.

The notorious Burma-Siam railway, built by Commonwealth, Dutch and American prisoners of war, was a Japanese project driven by the need for improved communications to support the large Japanese army in Burma. During its construction, approximately 13,000 prisoners of war died and were buried along the railway. An estimated 80,000 to 100,000 civilians also died in the course of the project, chiefly forced labour brought from Malaya and the Dutch East Indies, or conscripted in Siam (Thailand) and Burma (Myanmar).

Two labour forces, one based in Siam and the other in Burma worked from opposite ends of the line towards the centre. The Japanese aimed at completing the railway in 14 months and work began in October 1942. The line, 424 kilometres long, was completed by December 1943.

The graves of those who died during the construction and maintenance of the Burma-Siam railway (except for the Americans, whose remains were repatriated) were transferred from camp burial grounds and isolated sites along the railway into three cemeteries at Chungkai and Kanchanaburi in Thailand and Thanbyuzayat in Myanmar.

Thanbyuzayat became a prisoner of war administration headquarters and base camp in September 1942 and in January 1943 a base hospital was organised for the sick. The camp was close to a railway marshalling yard and workshops, and heavy casualties were sustained among the prisoners during Allied bombing raids in March and June 1943. The camp was then evacuated and the prisoners, including the sick, were marched to camps further along the line where camp hospitals were set up. For some time, however, Thanbyuzayat continued to be used as a reception centre for the groups of prisoners arriving at frequent intervals to reinforce the parties working on the line up to the Burma-Siam border.

Thanbyuzayat War Cemetery was created by the Army Graves Service who transferred to it all graves along the northern section of the railway, between Moulmein and Nieke.

There are now 3,149 Commonwealth and 621 Dutch burials of the Second World war in the cemetery. 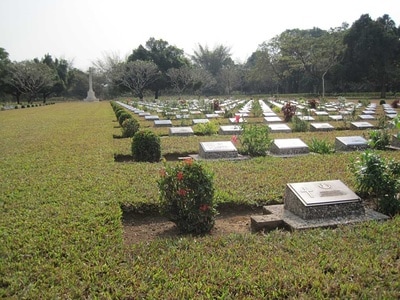 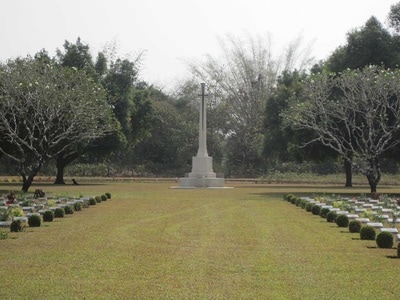 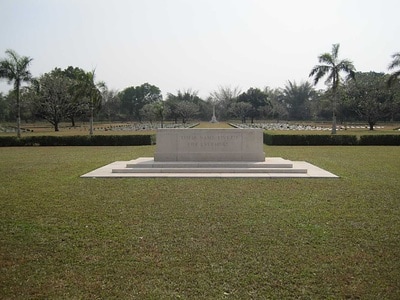 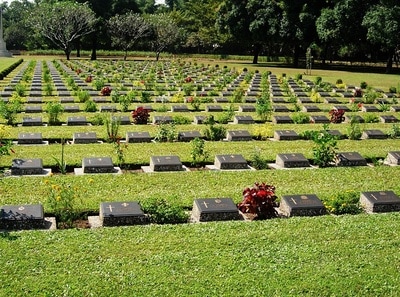 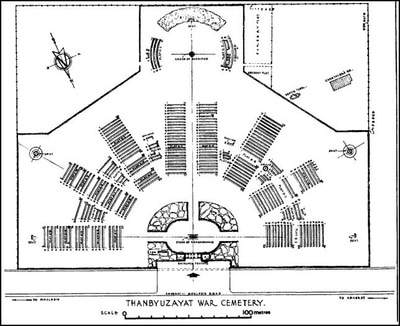 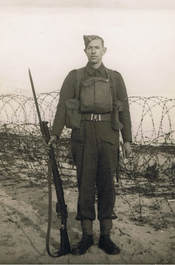 Fred lived at 3 Frogmore Lane with his wife and daughter. Before joining the Army he was employed by Wright & Co. in Walkern.

The Battalion sailed from Liverpool on the 28th October 1941, it’s original destination being the Middle East. On route orders were received diverting the Regiment to the Far East. After a long, arduous, eight-week journey that had taken them via Halifax, Cape Town & Bombay the Regiment arrived in Ahmednagar on the 27th December. After three weeks of intensive acclimatisation and training the Regiment embarked on the USS West Point for Singapore where they arrived at dawn on the 29th January 1942, just two weeks before the island fortress would capitulate to the forces of the Japanese Imperial Army.

On the 9th February the Japanese landed on the north-western side of the island and began what was to be the greatest defeat the British army had ever suffered.

Fred died whilst a Japanese Prisoner of War and is buried in the Thanbyuzayat War Cemetery, Burma. (B4.W.6.) 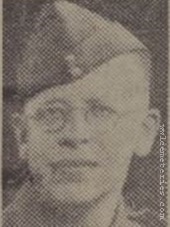