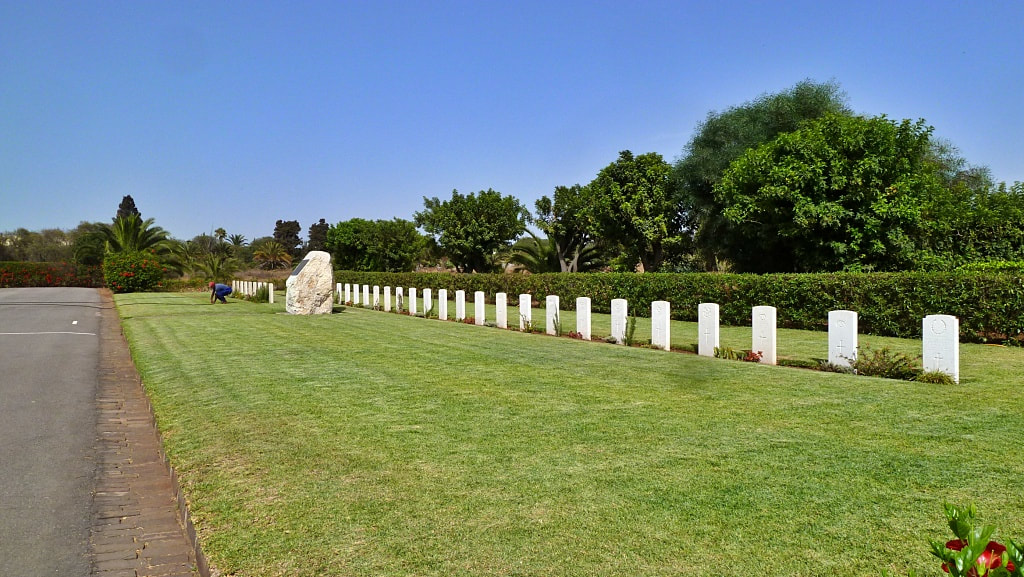 This is a very large civilian cemetery. It is approximately 6 kilometres from Casablanca town centre and lies between the main road to Marrakech and the road known as Oulad Zianc. It is best reached by taxi.

The Commission plot is located amongst the other nationalities military plots. It is found on the right handside at the far end of the main road coming from the Cemetery entrance.

Isolated Grave of Chief Steward H K V NIELSEN: To reach this grave one walks up the main alley to the circular intersection, turn left there and walk 12 paces. The grave is then found 17 metres from the road and at right angles to the left.

Opening times:
The cemetery gates are open daily from 9.00am to 5.00pm, during which time the local caretaker is present. Please note that the French speaking local caretaker does not work between 12.30pm to 2.30pm, however he does remain on site should visitors require assistance.

Please note that there have been reported attacks in the vicinity of the cemetery therefore all visitors are strongly advised to take care and not carry any valuables when visiting the site.

American troops landed at Casablanca at the beginning of the Allied campaign in north-west Africa. 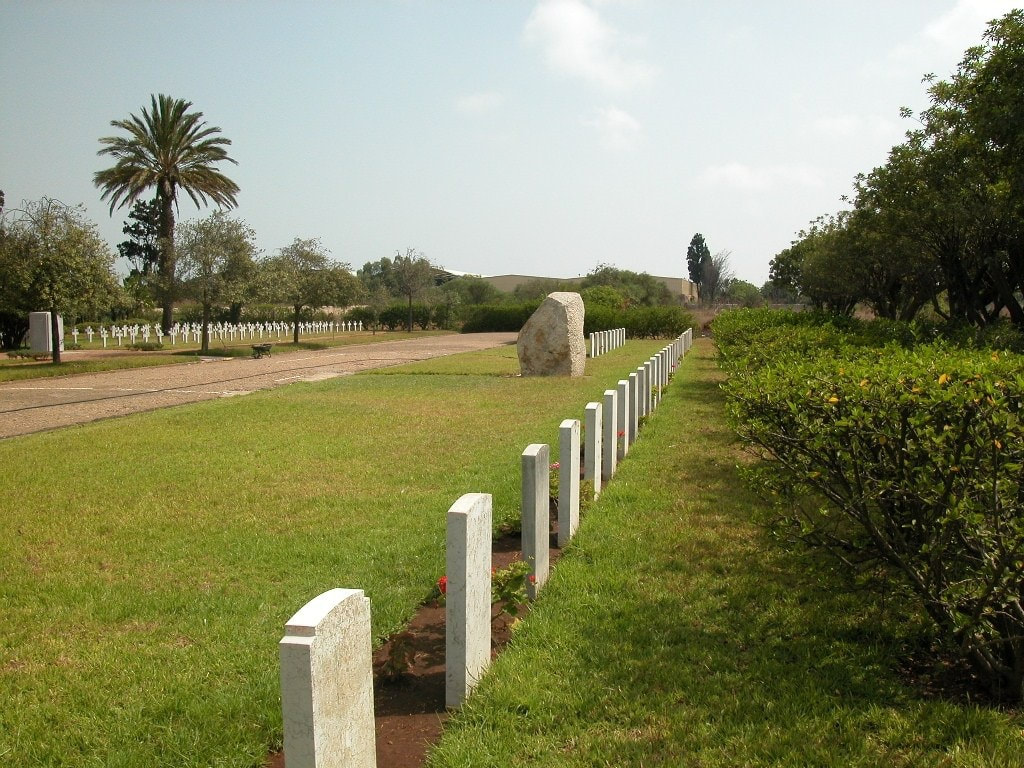 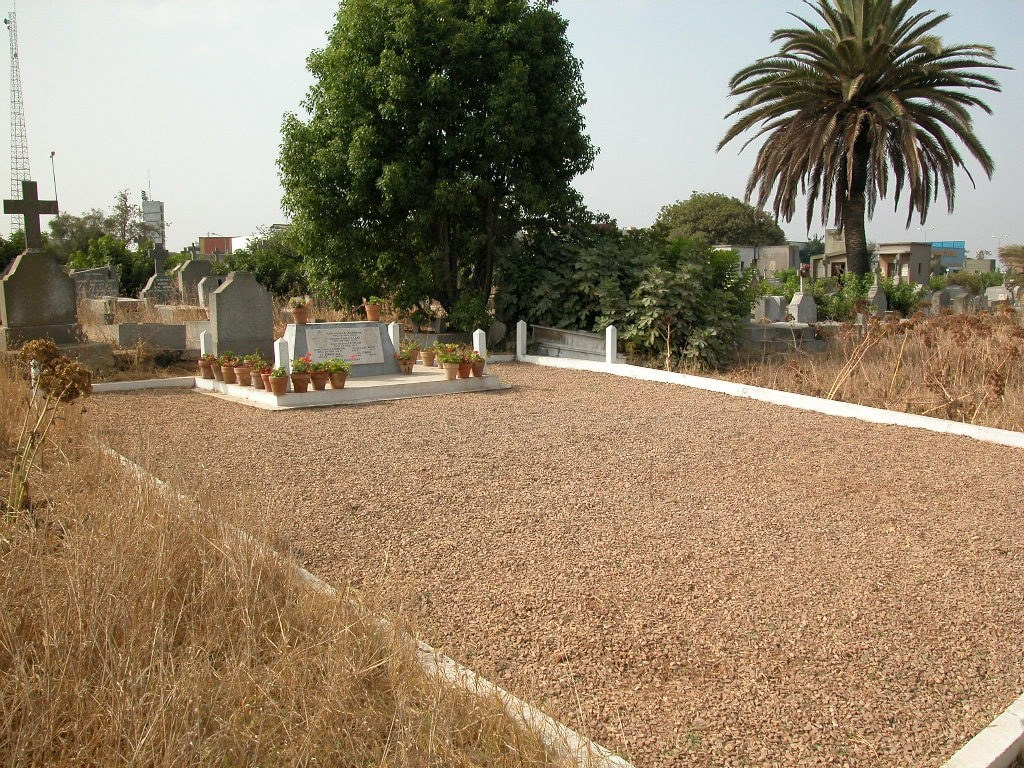 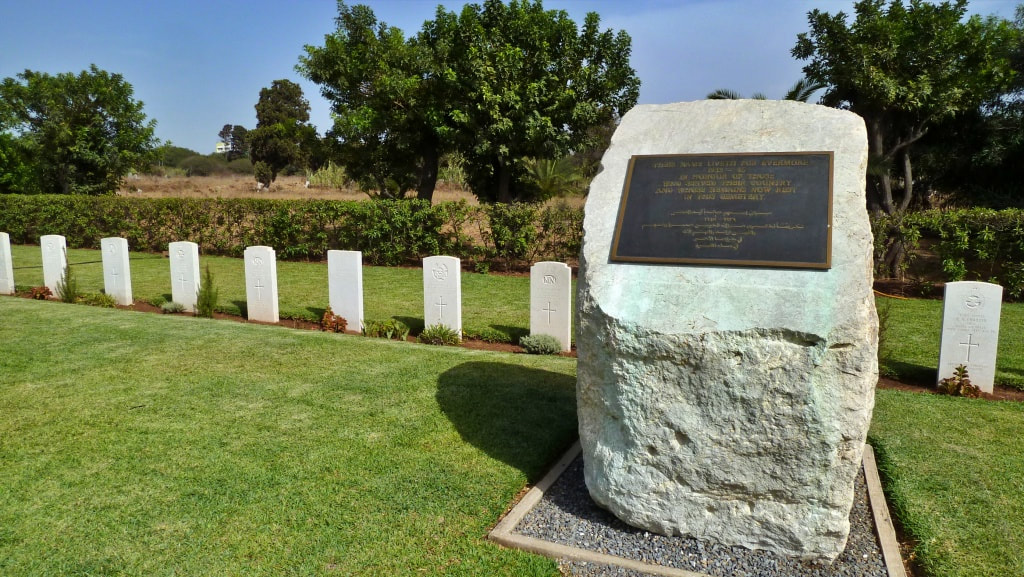 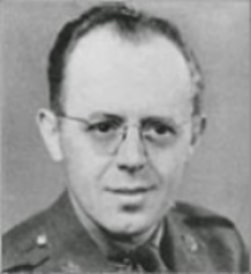 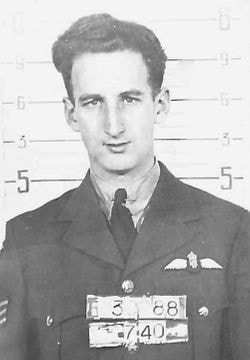 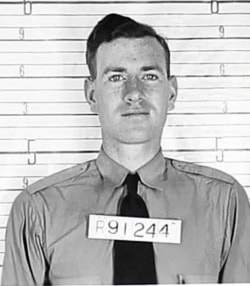 His headstone bears the inscription "He Died For King And Country. Greatly Missed By His Loving Wife Cherry" 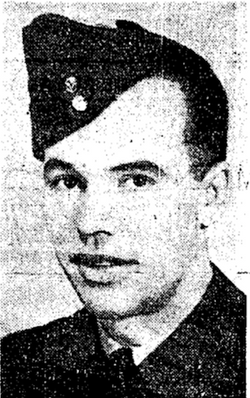 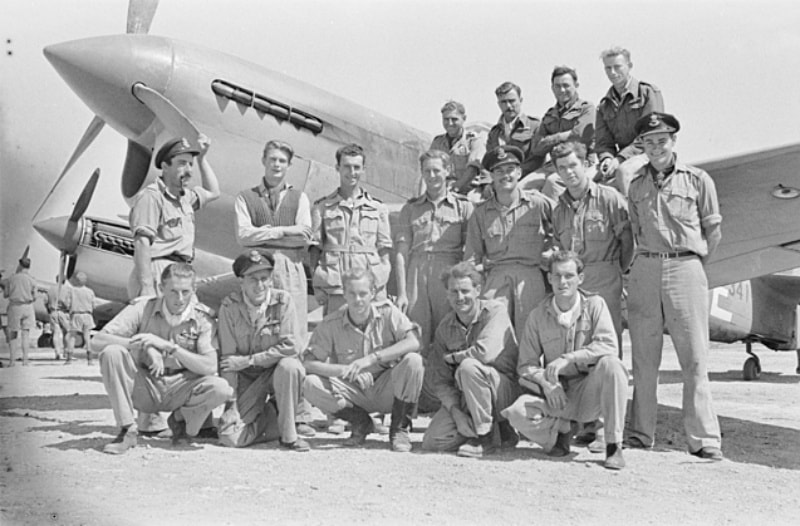 Malta. c. July 1943. Group portrait of members of No. 3 Squadron RAAF in front of their Curtiss P40 Kittyhawk aircraft.
​
Identified in the back row standing, sixth from the left is 411321 Flying Officer George Hardiman, Royal Australian Air force who was accidentally killed in Morocco on 30th November 1944, aged 22. Plot 59A. Row 1. Grave 24. Son of Leo and Annie Mildred Hardiman, of Arncliffe, New South Wales, Australia. His headstone bears the inscription "His Duty Fearlessly  And Nobly Done. Ever Remembered" 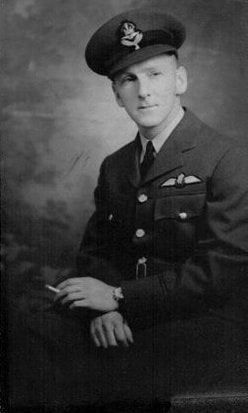 His headstone bears the inscription "Your Memory Hallowed In The Land You Loved, Canada" 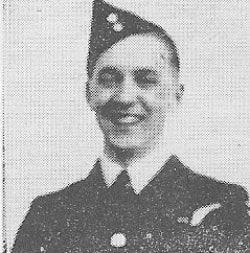 Son of Thomas and Minnie Rawson. of Ohaton, Alberta, Canada.

His headstone bears the inscription "I Will Lift Up Mine Eyes Unto The Hills, From Whence Cometh My Help Psalm CXXI." 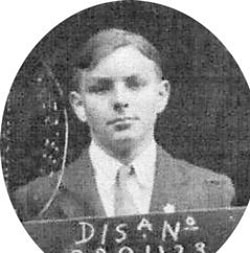 He was previously described by the Commonwealth War Graves Commission as "the youngest known British services death," but this was revised in February 2010, when it was confirmed Reginald Earnshaw was actually younger, at 14 years and 151 days. Reginald is buried in Comely Bank Cemetery in Edinburgh.

Headstones for the above 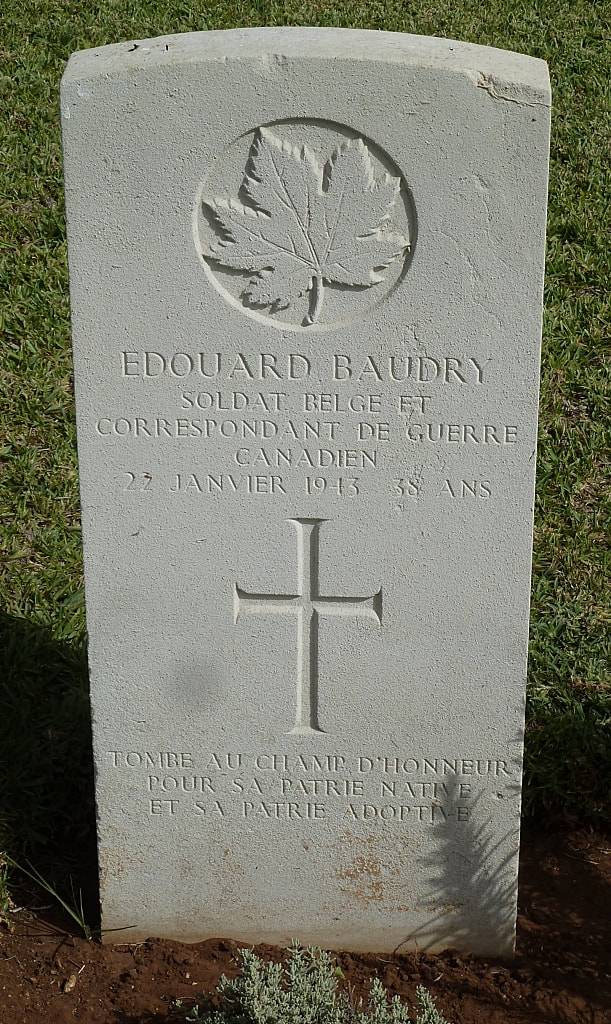 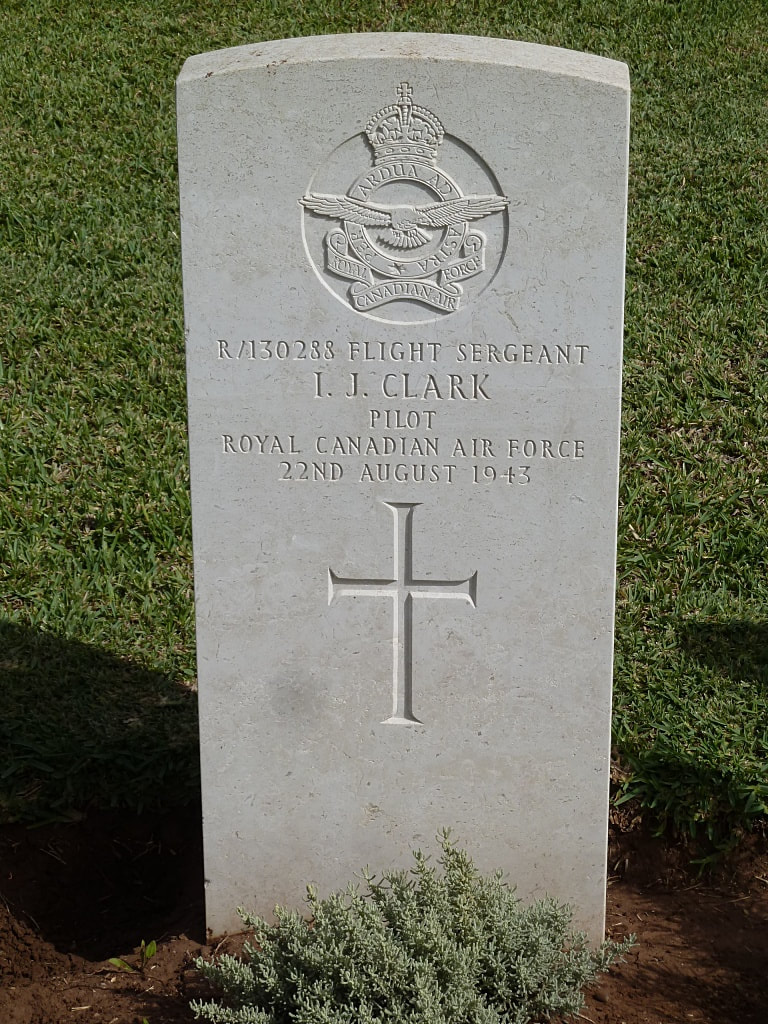 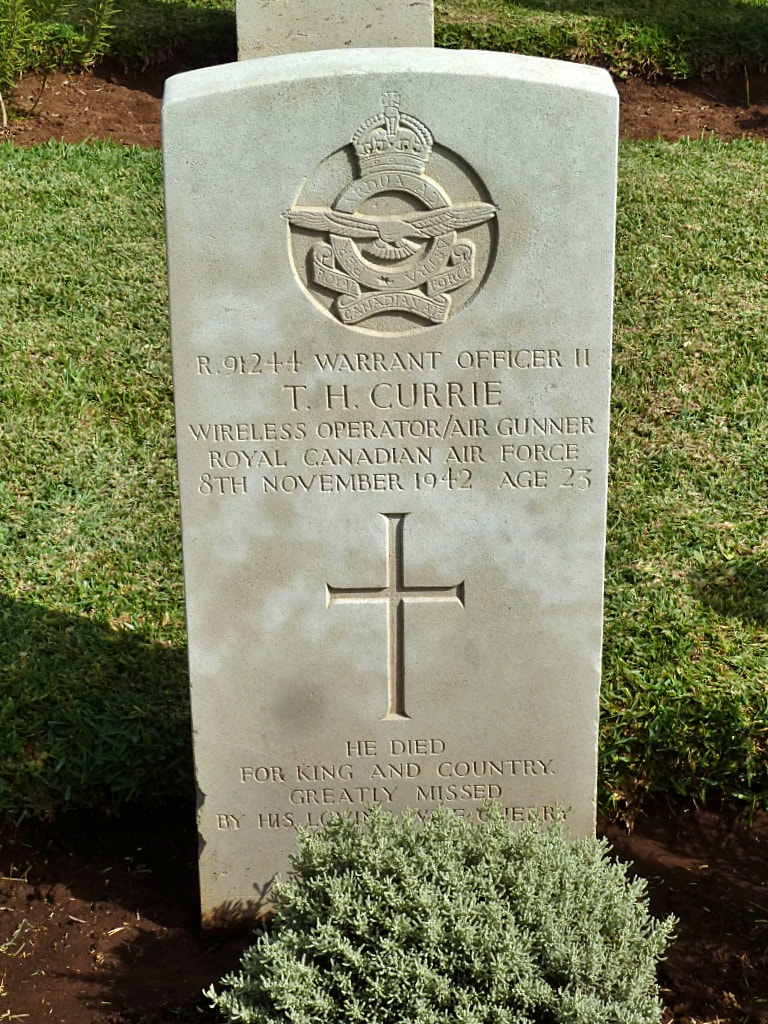 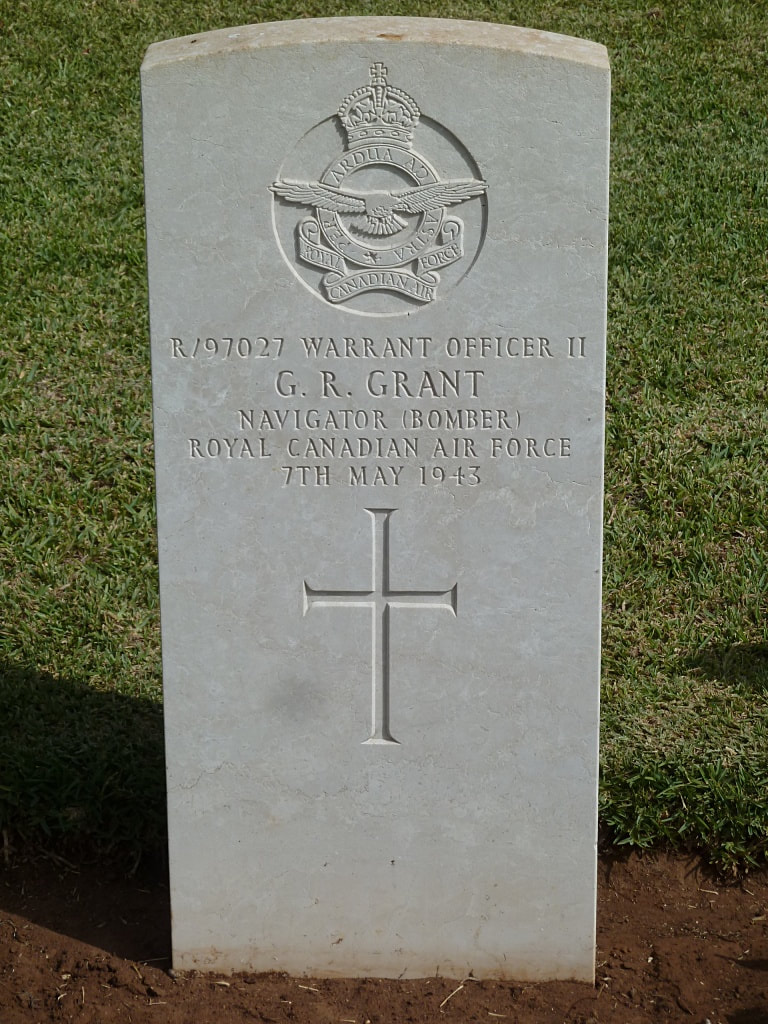 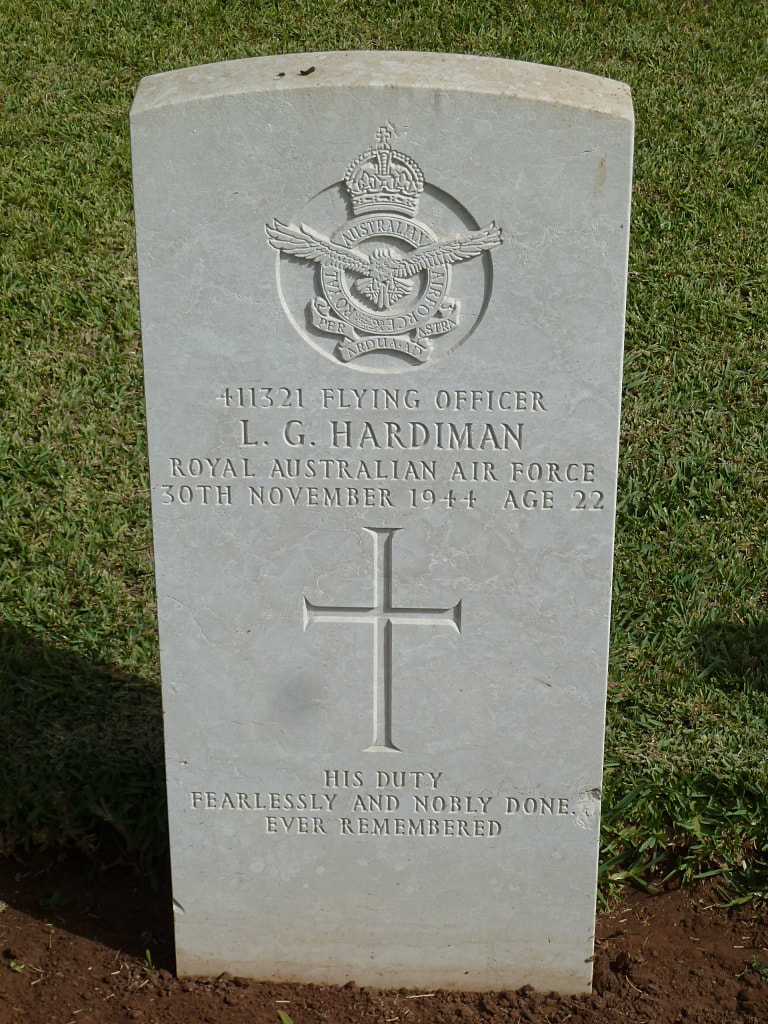 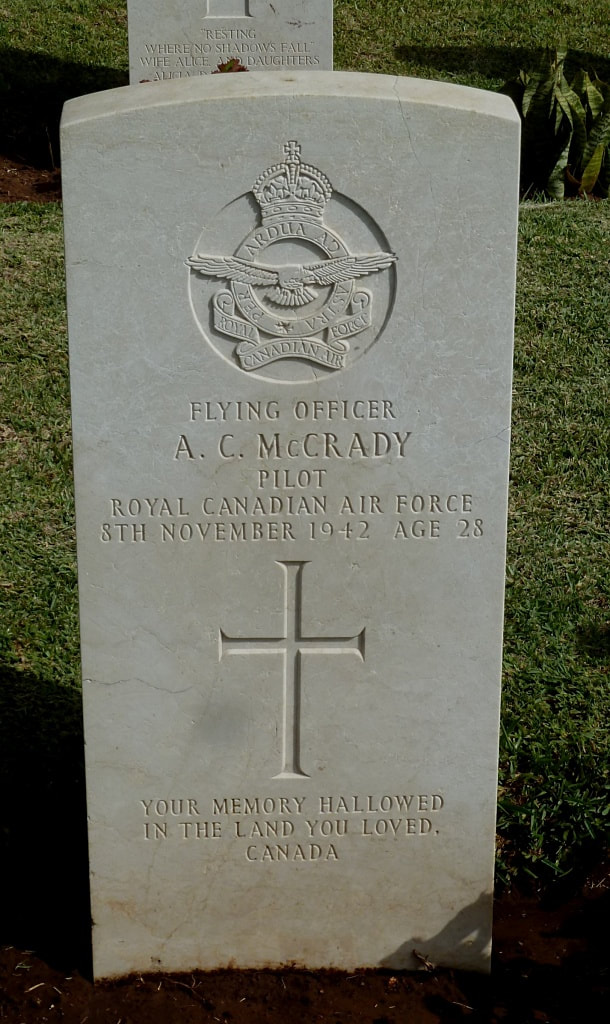 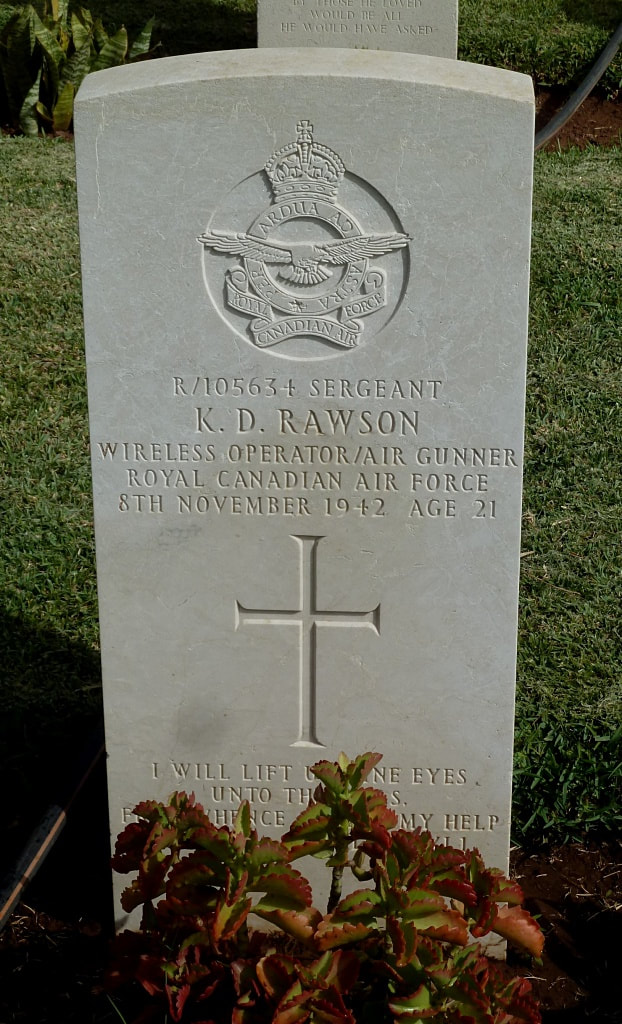 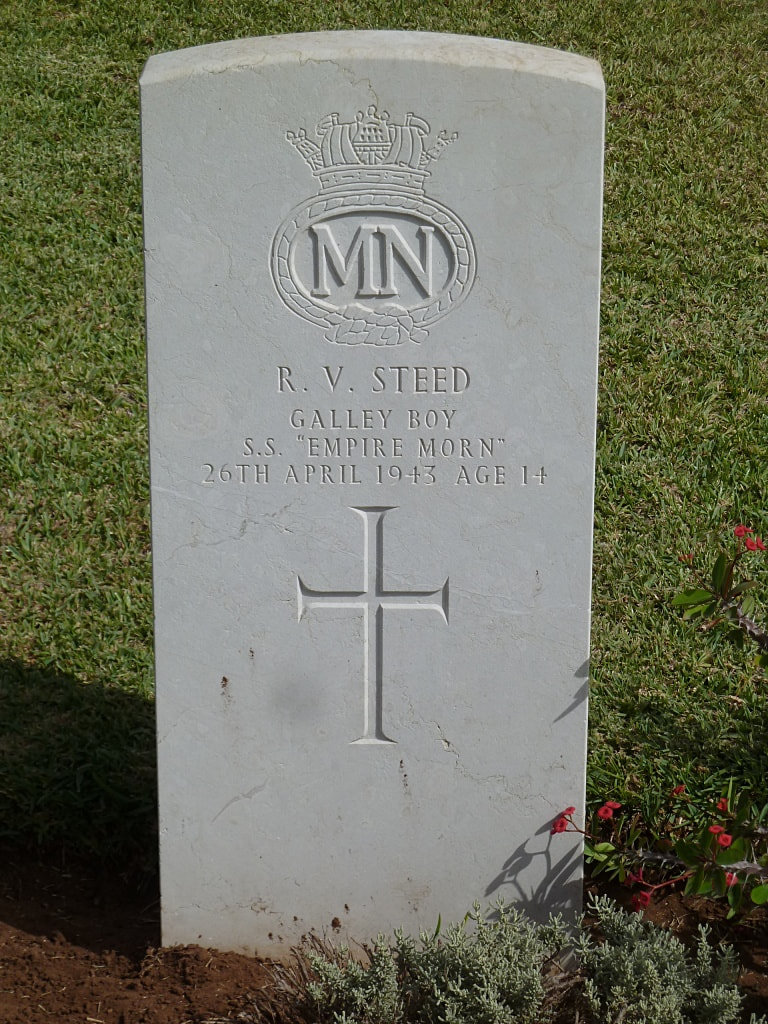 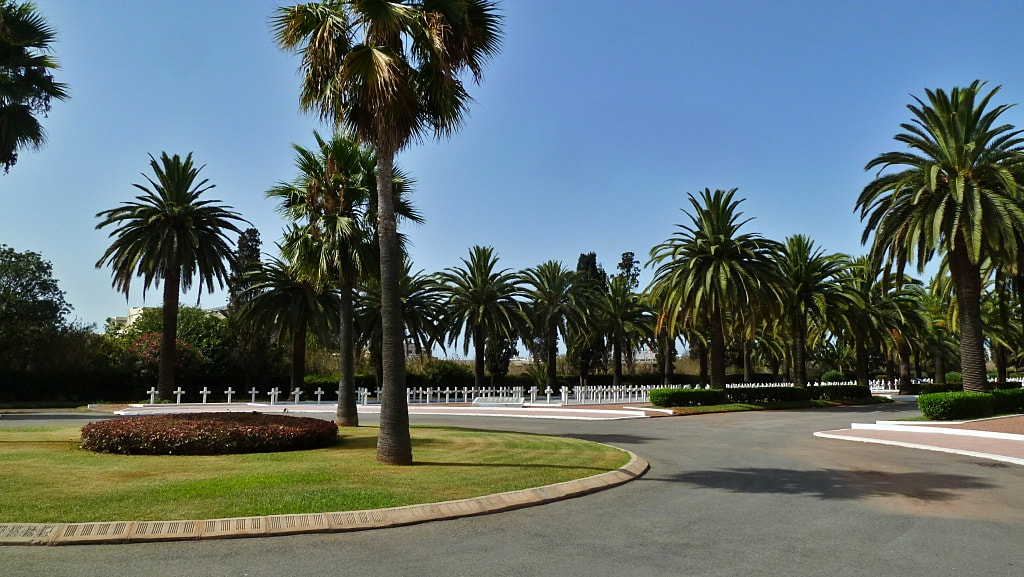 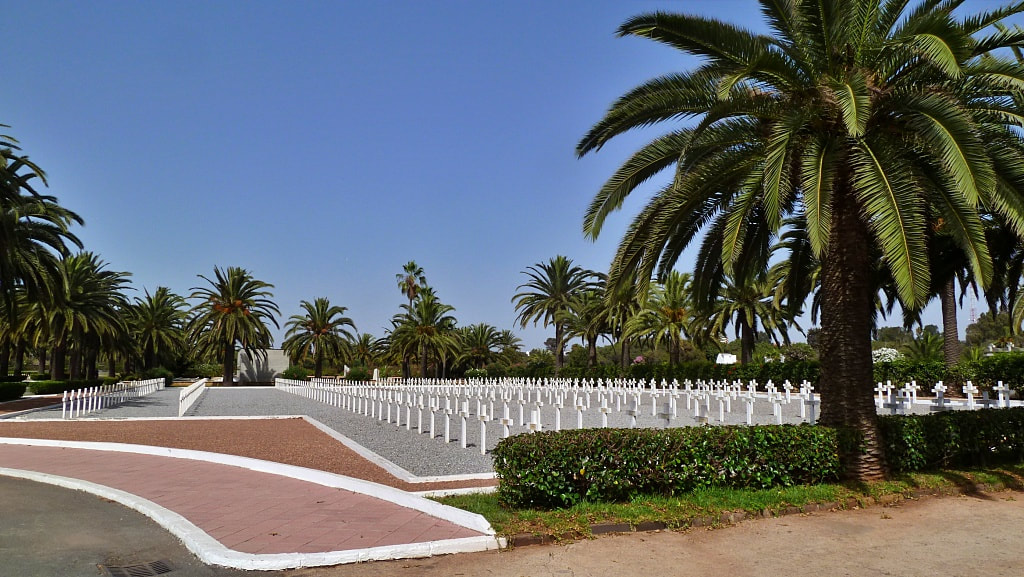 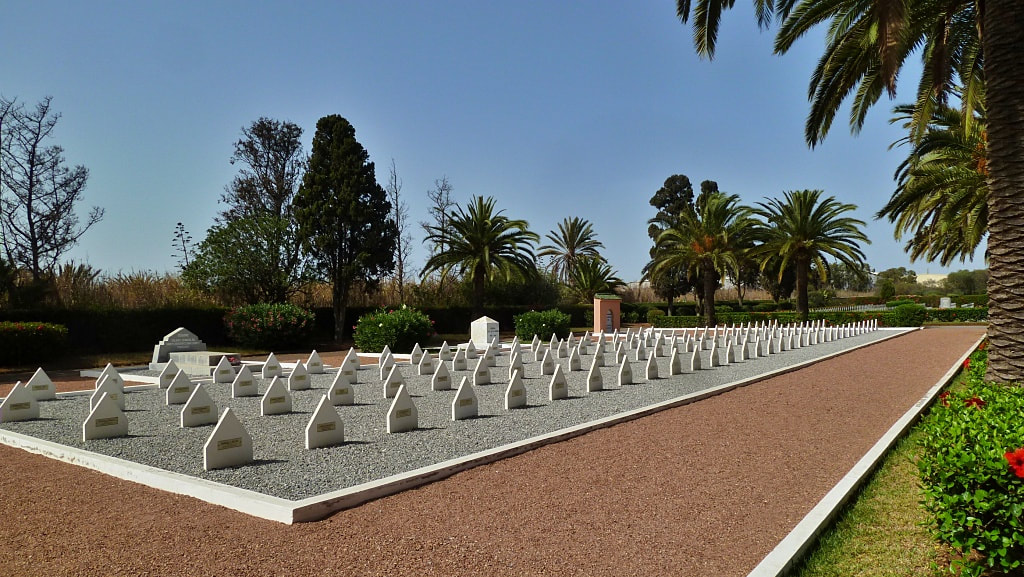 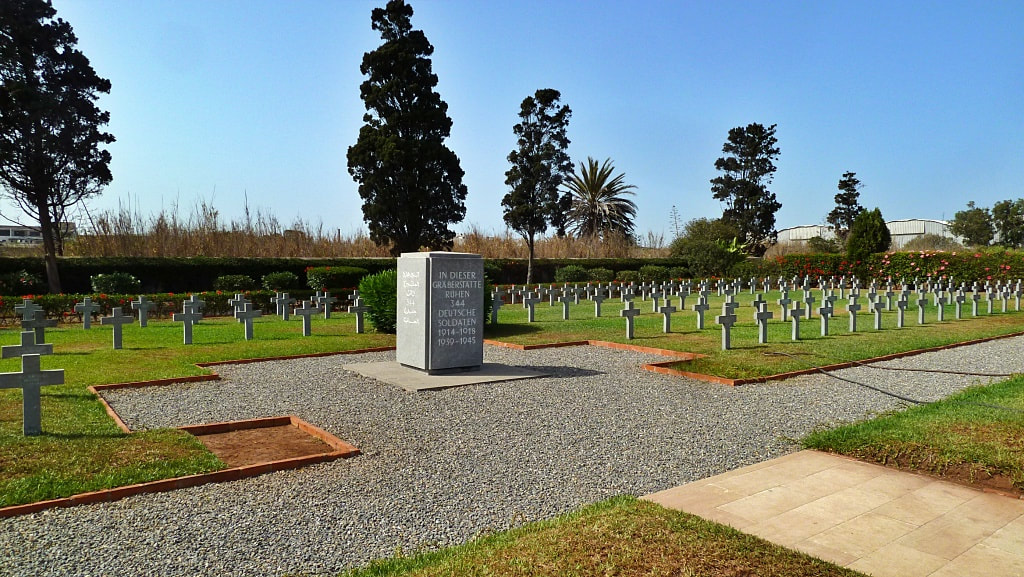