The village of Mook is in the east of the Netherlands, approx 11kms south east of the city of Nijmegen.

From the A73 motorway NIJMEGEN to VENLO take exit 3 (Afrit 3) MALDEN / GROESBEEK / MOOK / HEUMEN / OVERASSELT.
Follow signs for N271 MOOK.
Continue through the village of MOLENHOEK and in the village of MOOK turn left at the roundabout (CWGC sign for MOOK WAR CEMETERY) onto the GROESBEEKSEWEG.
The cemetery is approx 400m on the left.

Wheelchair access to site possible - may be by an alternative entrance.

The village was entered by parachutists of the 82nd U.S. Airborne Division on 17th September, 1944; fighting continued in and around the village for four or five days until British armoured troops completed its liberation.

The men buried in this cemetery died for the most part either during the fighting in the vicinity in September and October 1944, or at the time of the advance into Germany in February 1945; a few were casualties during the intervening period of artillery and patrol activity.

There are now 311, 1939-1945 Commonwealth war casualties commemorated in this site, of these 15 are unidentified. Also commemorated here are 11 Foreign National casualties. 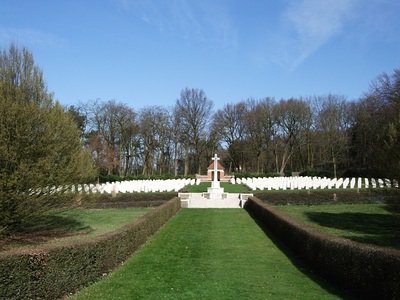 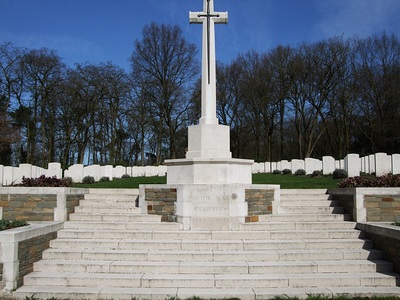 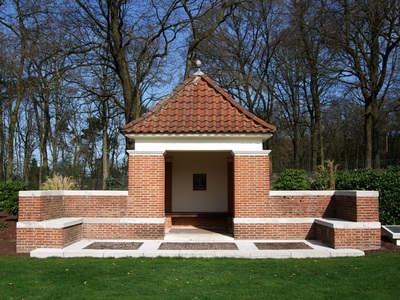 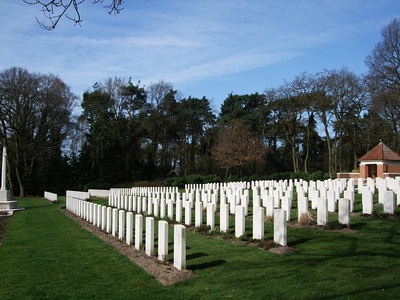 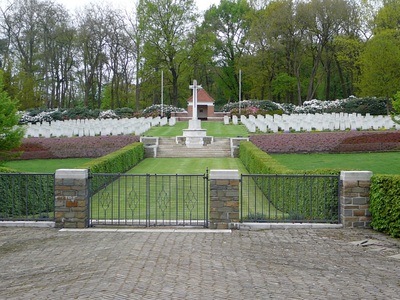 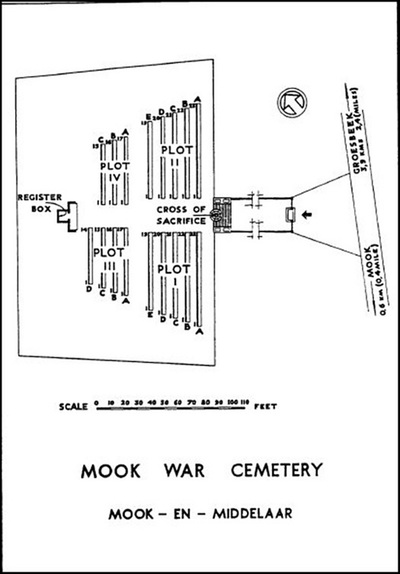 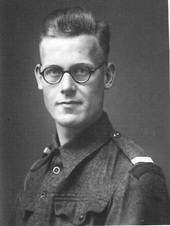 Son of John Jackson McPherson and Hannah Selina McPherson, of Brockley, London.
​
Killed in action when his jeep drove over a landmine.