Mesmont is a village and commune just over 18 miles (29 kilometres) south-west of Mezieres and about 8 miles (13 kilometres) north of Rethel. It lies 1.25 miles north-west of the main road (N.385) from Rethel to Signy L'Abbaye. The nearest railway station is Rethel on the Paris-Luxembourg line, where taxis are available to supplement the poor bus service between Rethel and Mesmont. In the churchyard, near the south-eastern corner, are the graves of seven airmen. Five of them belonged to the Royal Air Force and two to the Royal Canadian Air Force. 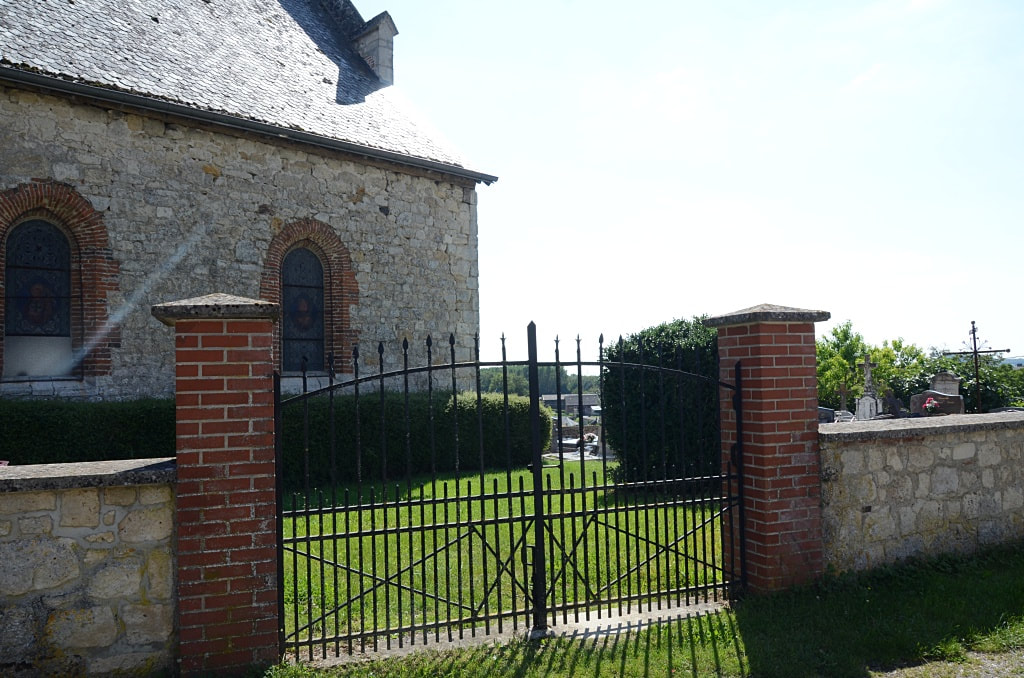 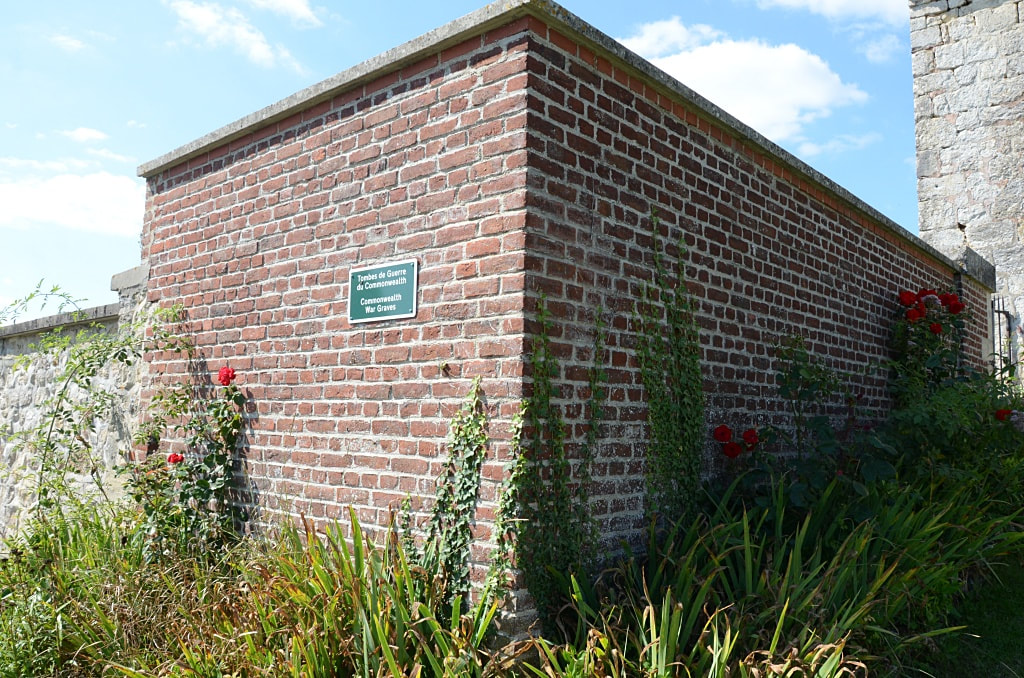 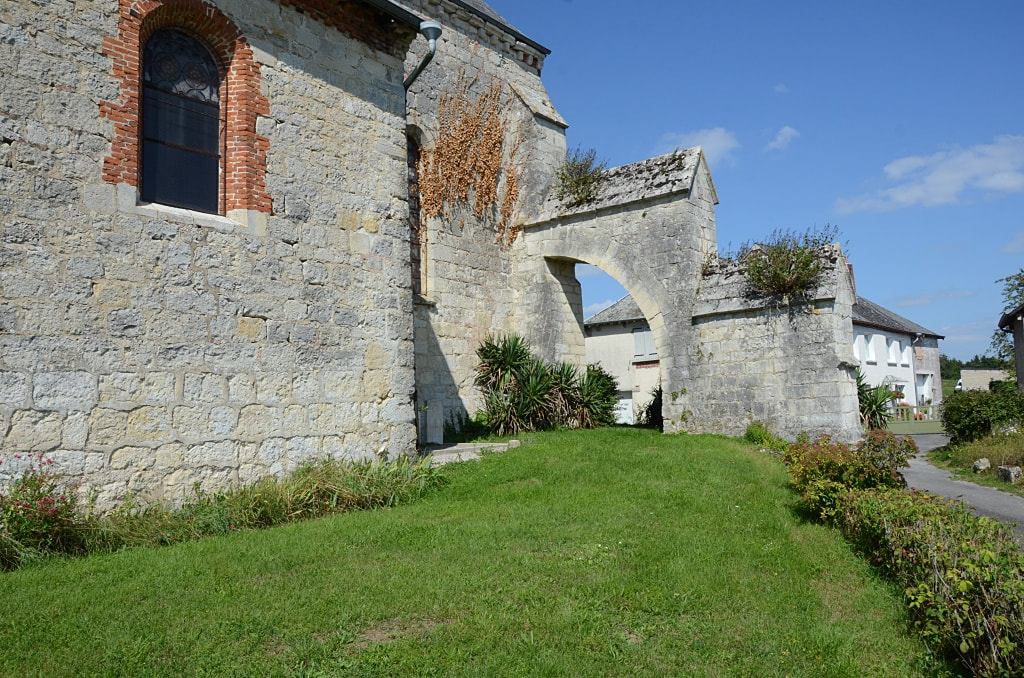 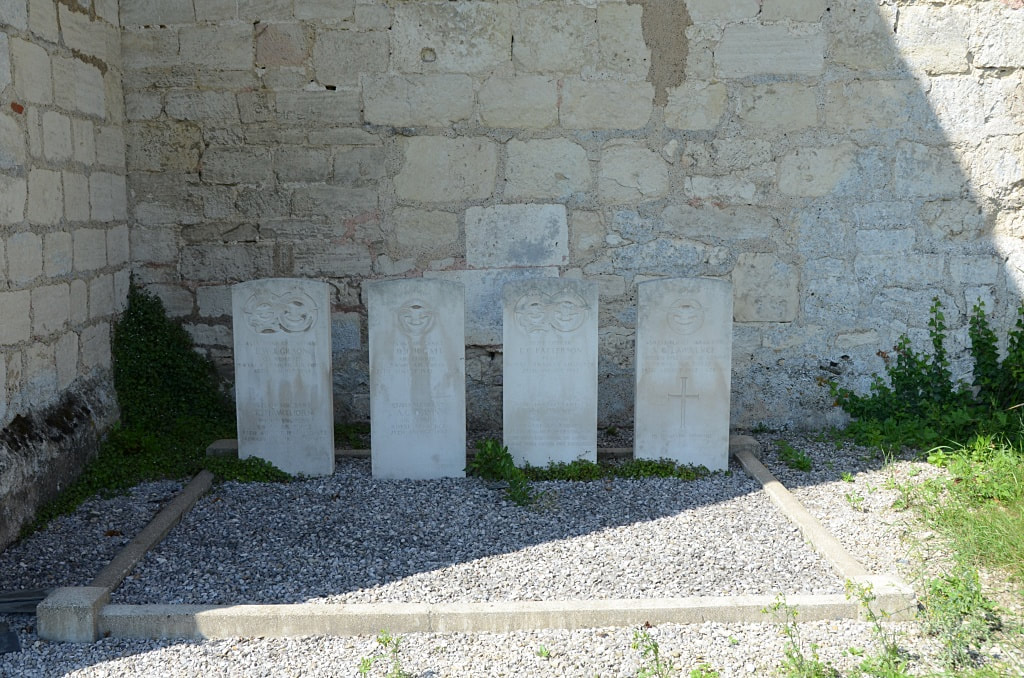 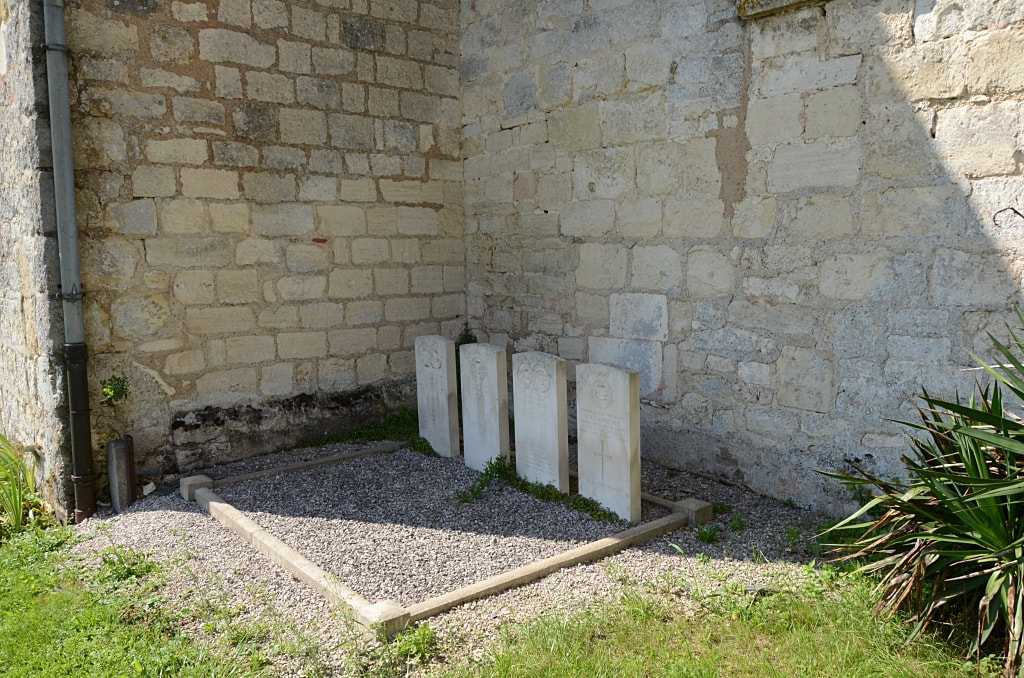 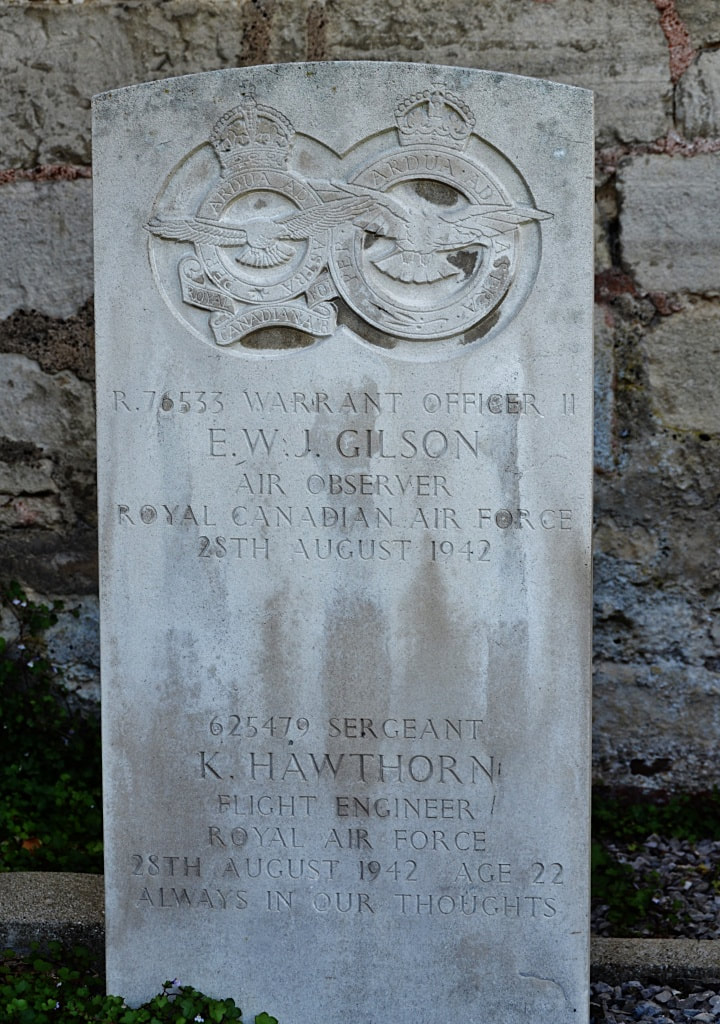 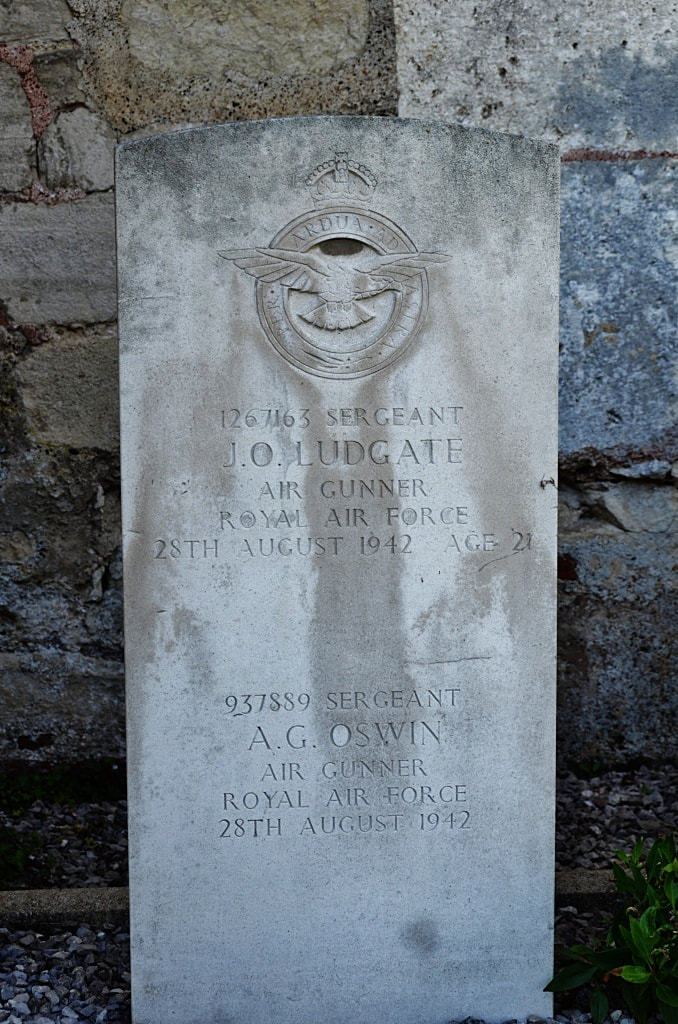 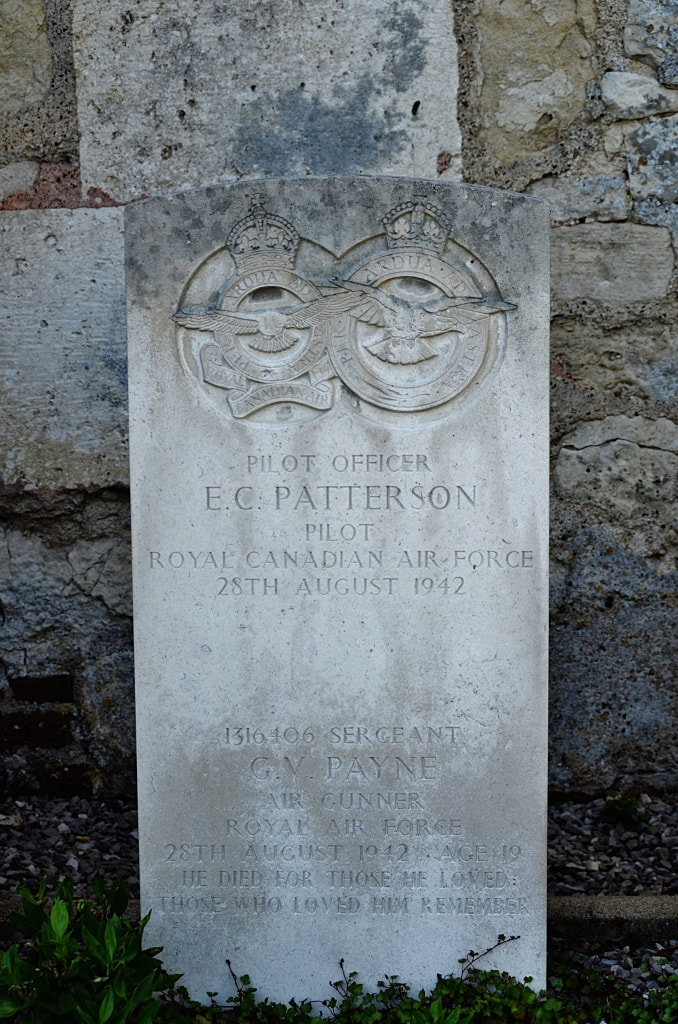 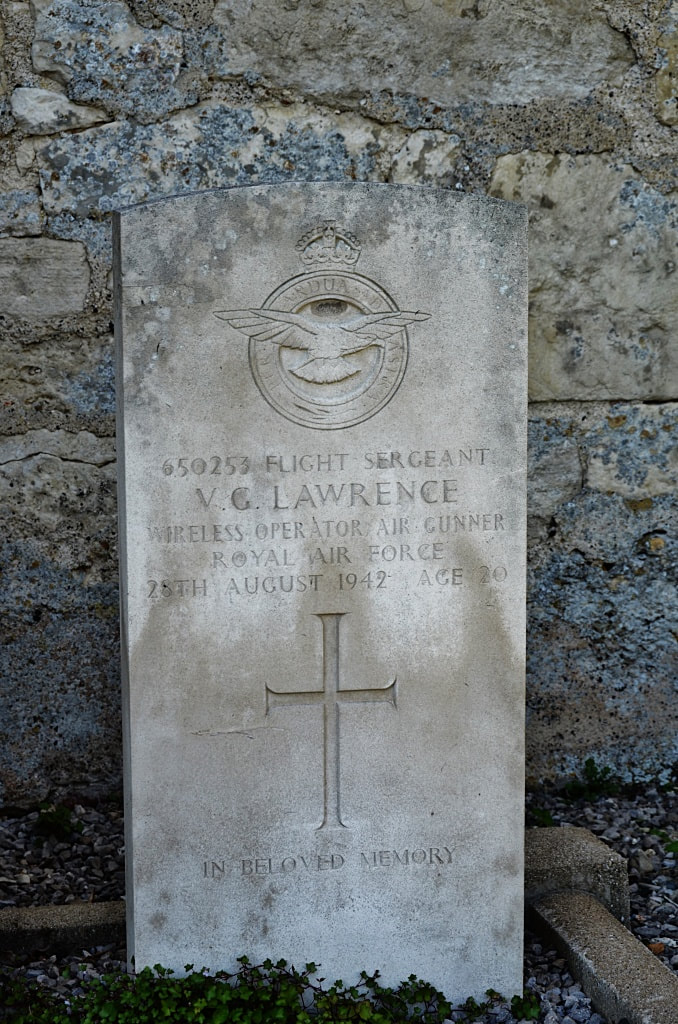 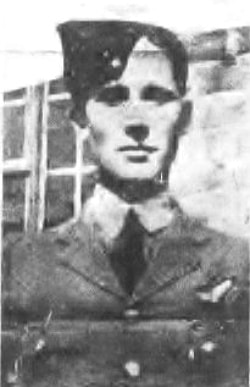 Son of Job and Winifred Lawrence, of Gloucester; husband of Mavis Lawrence.

His headstone bears the inscription "In Beloved Memory"

1316406 Sergeant Gerald Victor Payne, Royal Air Force Volunteer Reserve, aged 19. Son of George and Blanche Payne, of Cowbridge, Glamorgan. His headstone bears the inscription "He Died For Those He Loved; Those Who Loved Him Remember"