Knightsbridge War Cemetery is located 750 metres south of the main road from Benghazi to Tobruk, about 25 kilometres west of Tobruk.

Standing in open country, with the Cross of Sacrifice set high above the level of the cemetery, it is easily visible from the road and is reached via an unmade track branching off the main road.

Before considering a visit to Libya the Commission strongly recommends that you check the advice given by the Foreign & Commonwealth Office on the travel section of their website.

The defence against Rommel's drive across Cyrenaica towards Suez consisted of a number of irregularly spaced strong points or 'boxes' linked by deep minefields. Those nearest the Axis forces were held by infantry, while those further back served as reserve static positions and as bases from which the armour could operate. The chief 'box', known as Knightsbridge, was round a junction of tracks about 20 kilometres west of Tobruk and 16 kilometres south of Acroma, commanding all the tracks by which supplies came up to the front. The Eighth Army's advance fuelling stations and airfields were at Acroma, El Adem, El Duda, Sidi Rezegh and Gambut, while by February 1941, Gazala aerodrome, taken from the Italians early in the campaign, housed two Commonwealth squadrons. Knightsbridge was thus a key position, and the pivot on which the armour manoeuvred during the heavy fighting which commenced in late May 1942. Fierce actions were fought at all these places, and a battlefield cemetery was created at each for the burial of the dead.

The graves of many of those who gave their lives during the campaign in Libya were later gathered into Knightsbridge War Cemetery from the battlefield burial grounds and from scattered desert sites. The men who fought and died with them, but have no known grave, are commemorated on The Alamein Memorial which stands in El Alamein War Cemetery, Egypt.

There are now 3,651 Commonwealth servicemen of the Second World War buried or commemorated in Knightsbridge War Cemetery. 993 of the burials are unidentified and special memorials commemorate a number of casualties known or believed to be buried among them. 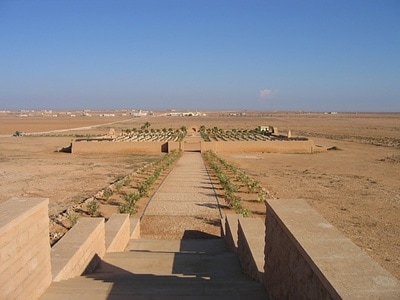 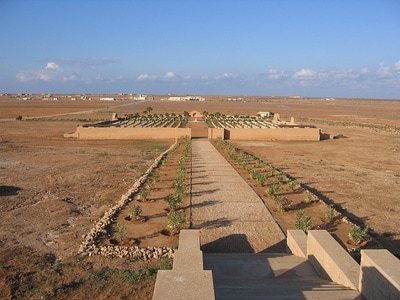 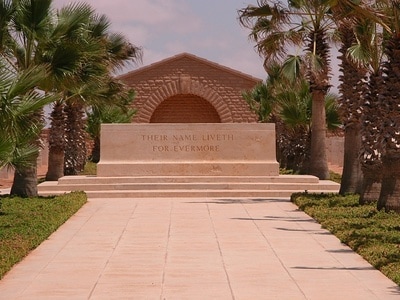 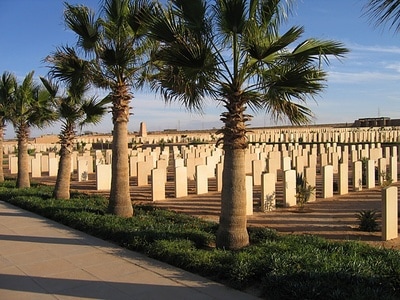 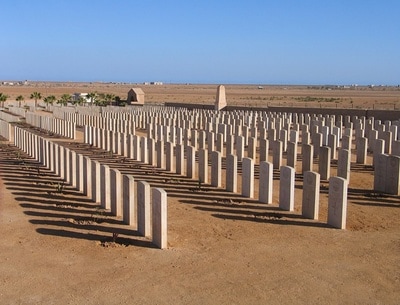 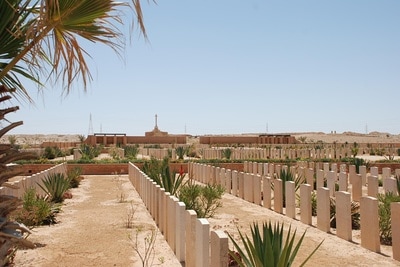 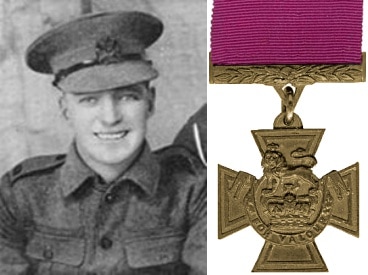 Citation: The following details are given in the London Gazette of April 17th, 1942:-On 21st November, 1941, at Sidi Rezegh in Libya, during an attack by a battalion of the King's Royal Rifle Corps the Company to which Rifleman Beeley belonged was pinned down by heavy fire on the flat open ground of the aerodrome. All the officers but one had been either killed or wounded. Rifleman Beeley, carrying a machine gun, ran towards a strong enemy post and discharged a complete magazine, killing or wounding the entire crew of the anti-tank gun. The post was silenced, but Rifleman Beeley fell dead across his gun, hit in at least four places. Rifleman Beeley went to certain death in a gallant and successful attempt to carry the day. His courage and self-sacrifice were a glorious example to his comrades and so inspired them that they reached and eventually captured their objective. 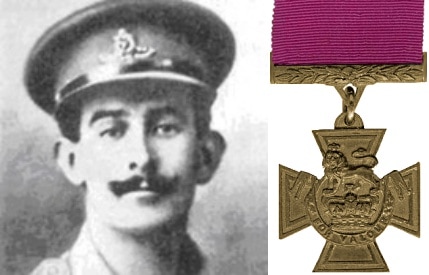 Citation: The following details are given in the London Gazette of April 17th, 1942:- On November 21st, 1941, at Sidi Rezegh, 2/Lt. Gunn was in command of a troop of 4 anti-tank guns, when the Rifle Brigade Column to which these guns were attached was attacked by about sixty enemy tanks. 2/Lt. Gunn drove from gun to gun in an unarmoured vehicle, encouraging his men and reorganising his dispositions as the guns were knocked out and their crews killed or wounded. When finally only one gun on a burning portee remained, with only the serjeant of the crew left, he immediately got the gun into action, himself sighting it with the serjeant as leader. This officer's shooting was so accurate that at least two enemy tanks were on fire and others damaged before he fell, shot through the forehead. 2/Lt. Gunn showed the most conspicuous courage in attacking the large number of enemy tanks with a single unarmoured gun, and his utter disregard for extreme danger inspired all who saw it. But for his very gallant action the enemy tanks would undoubtedly have overrun the position. 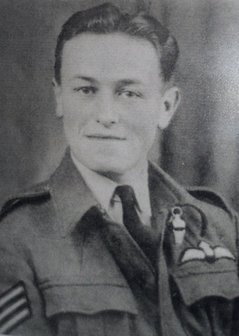 Sincere regret was felt in Camelford and the neighbourhood on Friday when it became known that a popular Camelford boy, Flight-Sergeant Douglas Gordon Patten, R.A.F. was killed when a Dakota of the R.A.F. Transport Command crashed on landing at El Adem, Libya, early on Wednesday morning 14thNovember, whilst on a flight from Cairo to Naples. Six people travelling in the plane were killed and twelve injured.
​
Flight-Sergeant Patten is the second son of Major A.W. Patten, of Roughter Farm, Camelford and the late Mrs Patten. Twenty three years of age, he was born in Edinburgh and when an infant came with his parents to Camelford. He received his education at the Camelford Grammar School.

Before joining the Royal Air Force in 1942 he assisted his father on the farm which Major Patten reclaimed from virgin moorland. Douglas went to South Africa for his training and won his wings in that country. He had seen service in Palestine, India, Ceylon, Burma and in Egypt, where he covered much the same ground as his father during the 1914-1918 war. The sympathy of a large circle of friends is extended to Major Patten and his family in their bereavement.

During the recent war Major Patten commanded the Camelford Platoon of the Home Guard. He has devoted a great deal of time in the public service, being very popular as a preacher and lecturer. The late Mrs Patten also gave freely of her services to the public. For some years she was president of the Camelford Women’s Institute and was also interested in child welfare. Another son, Jack, has recently been invalided from the R.A.F. and is now receiving instruction at the Seale-Hayne Agricultural College in North Devon. 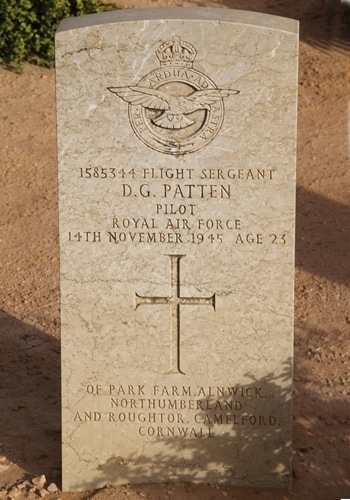 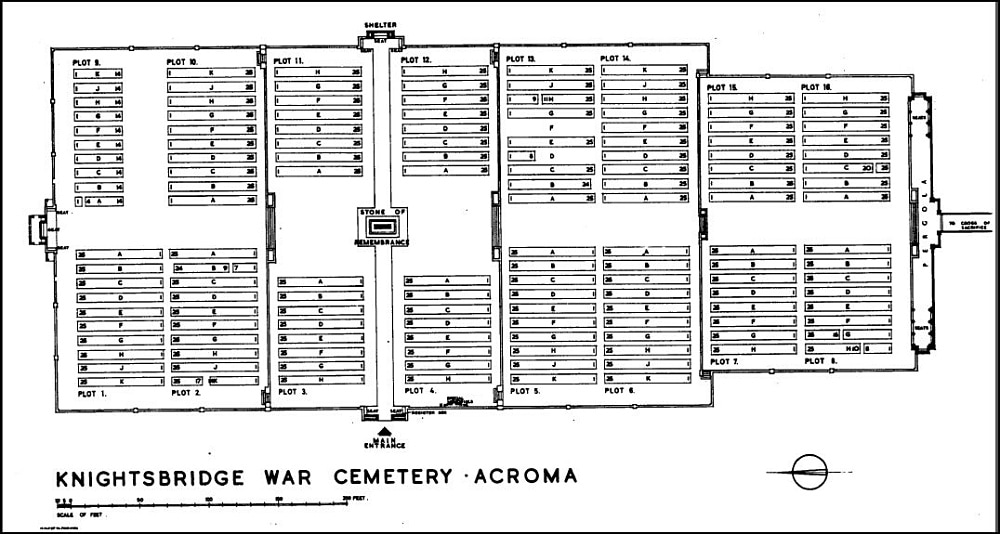