​The village and commune of Les Hogues is 15 miles (20 kilometres) east of Rouen. It is rather inaccessible and the most practical manner of visiting Les Hogues is by taxi from Rouen. The communal cemetery is south of the village, on the D.6 road to Lyons-la-Forêt. On the western side of the path, some 21 yards from the entrance, are the graves of three soldiers and one airman belonging to the forces of the United Kingdom and one airman of the Royal Canadian Air Force. One of the soldiers is not identified. 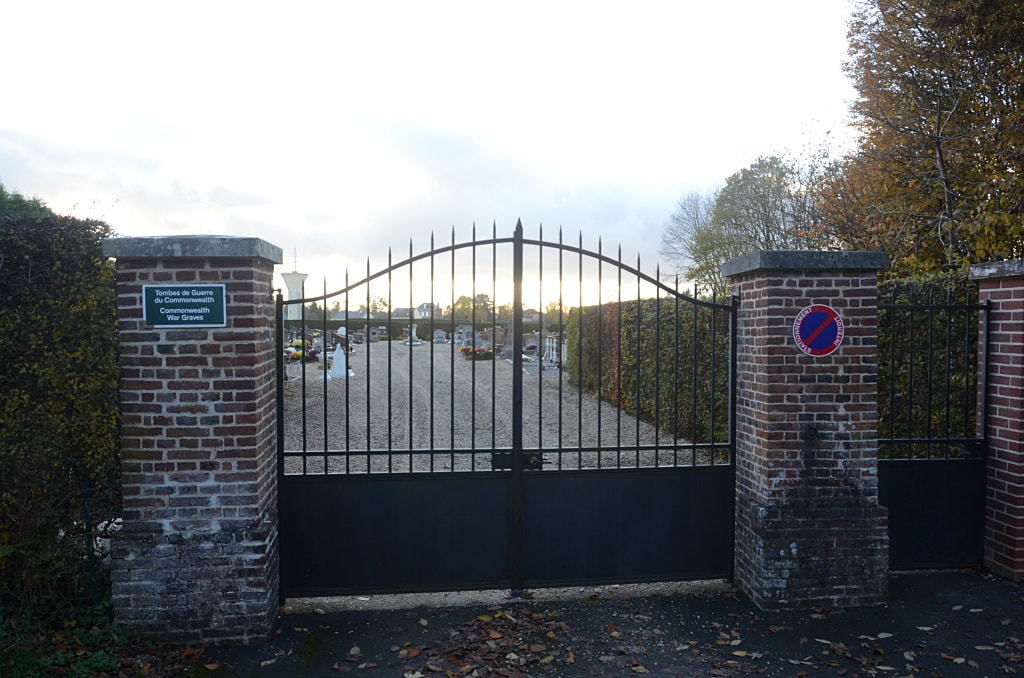 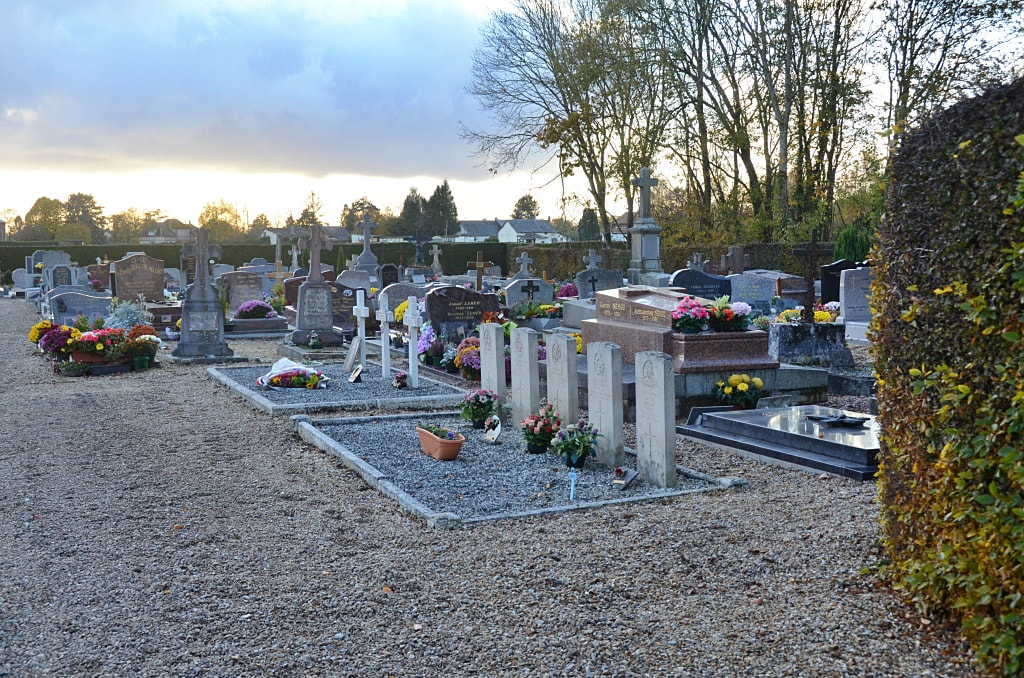 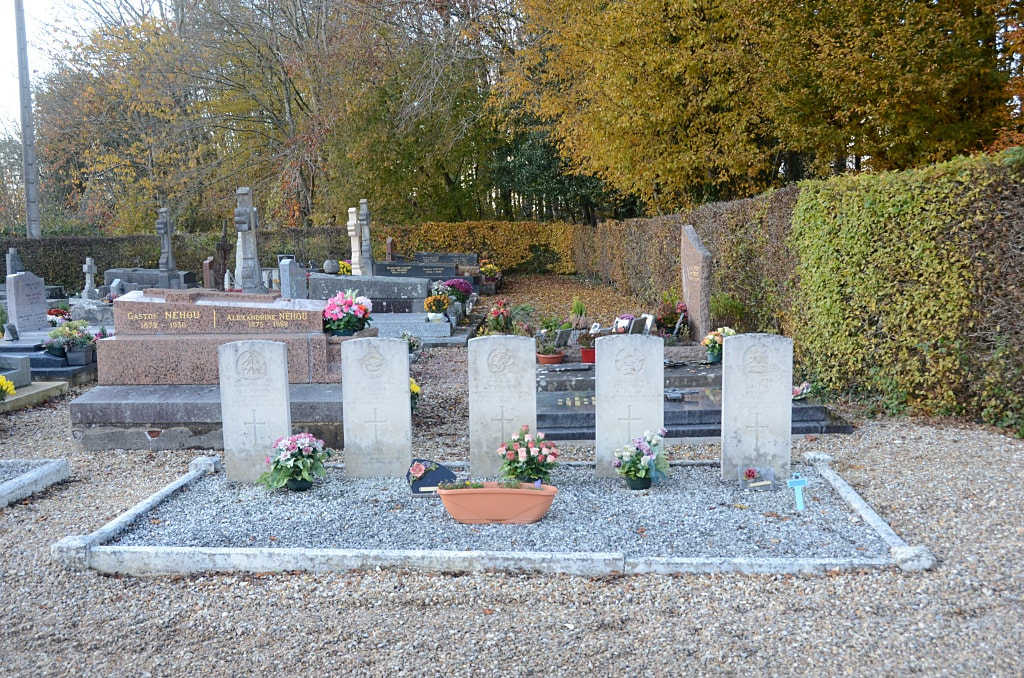 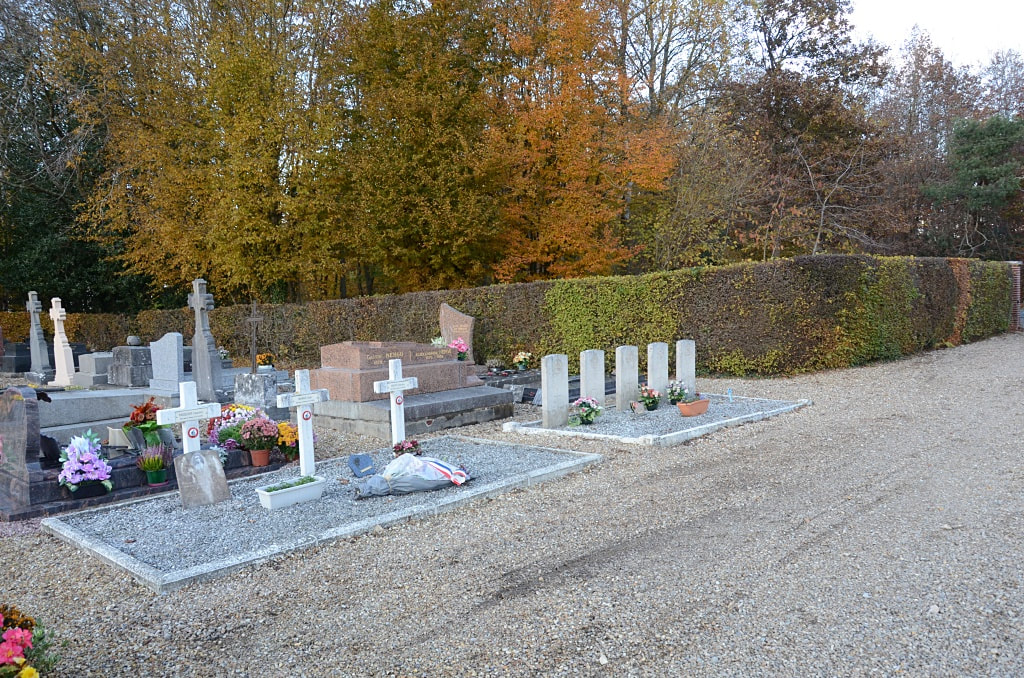 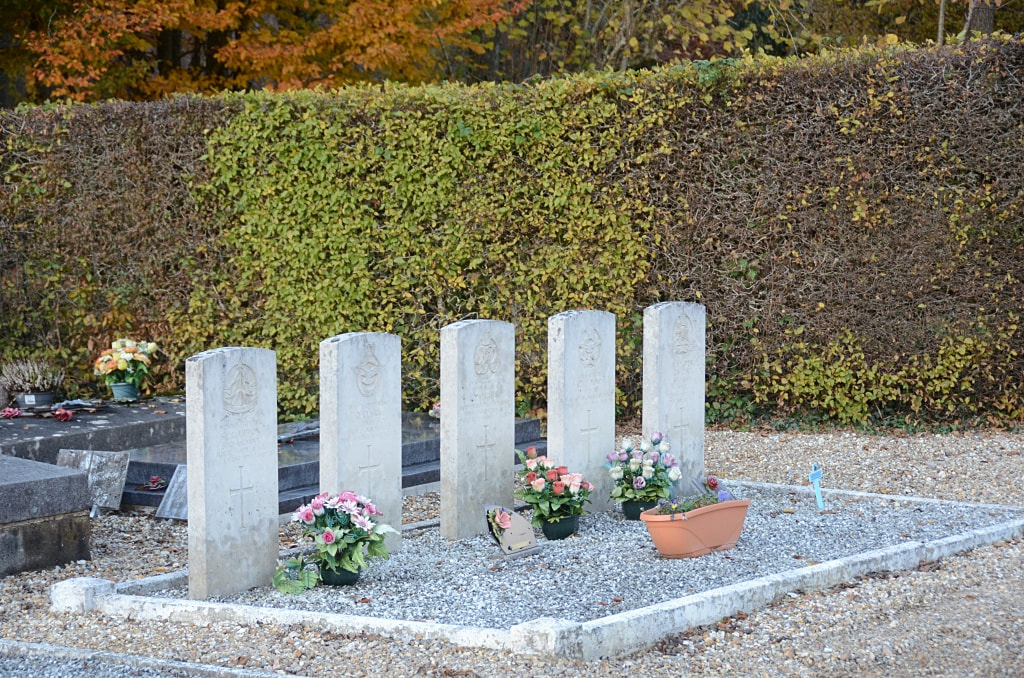 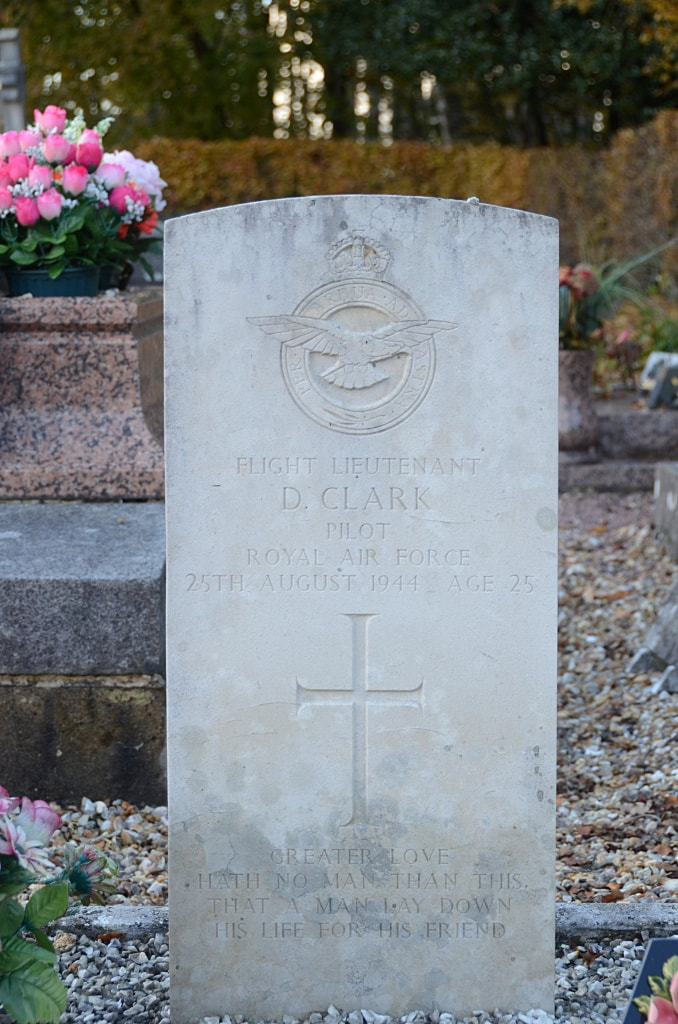 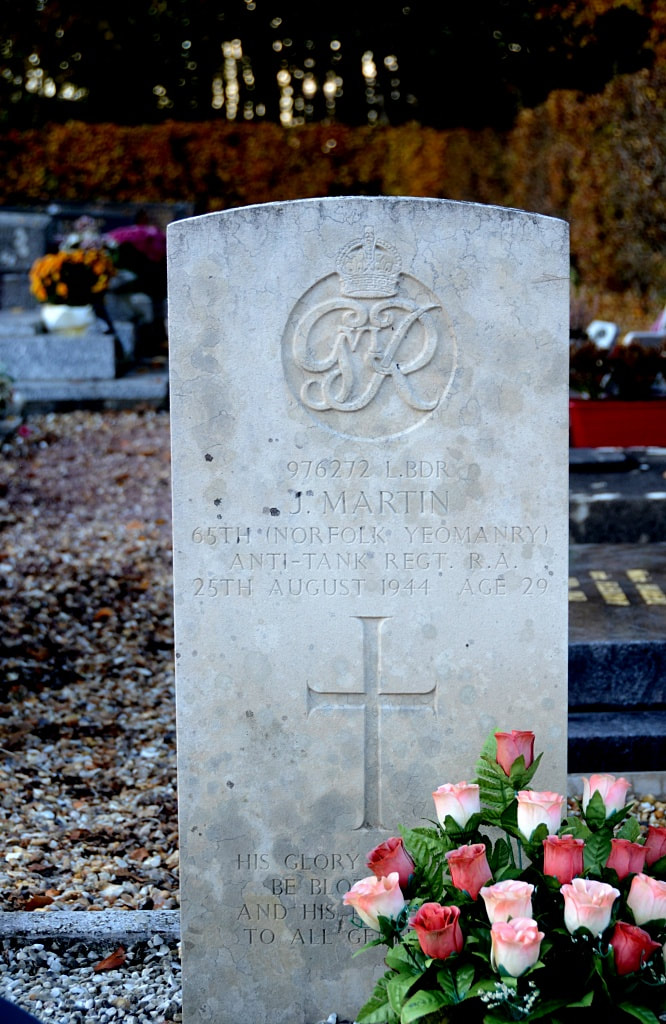 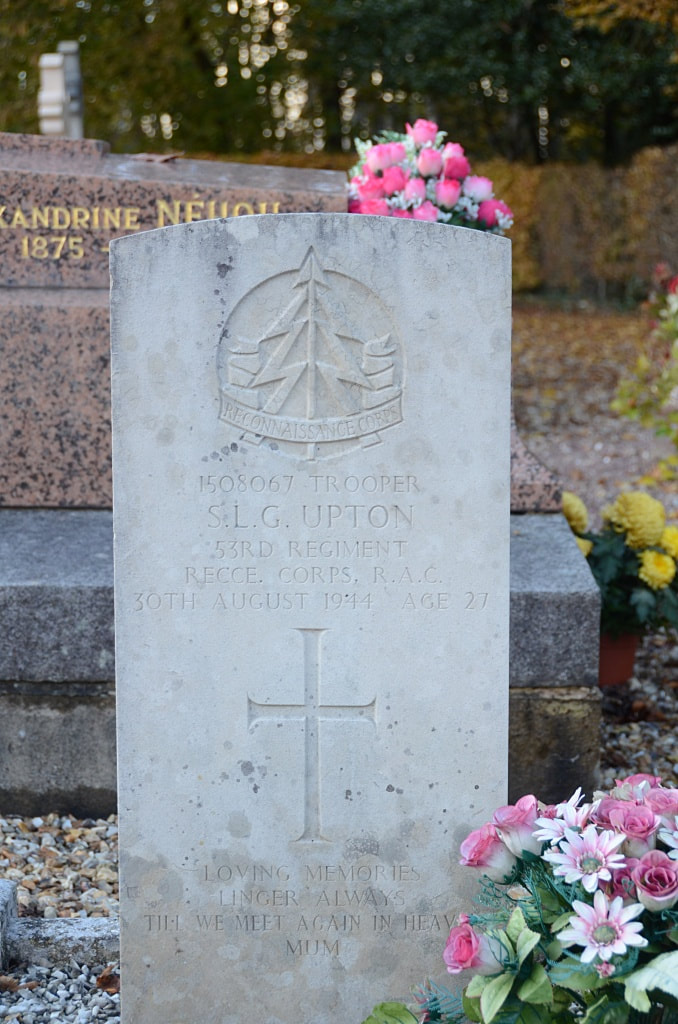 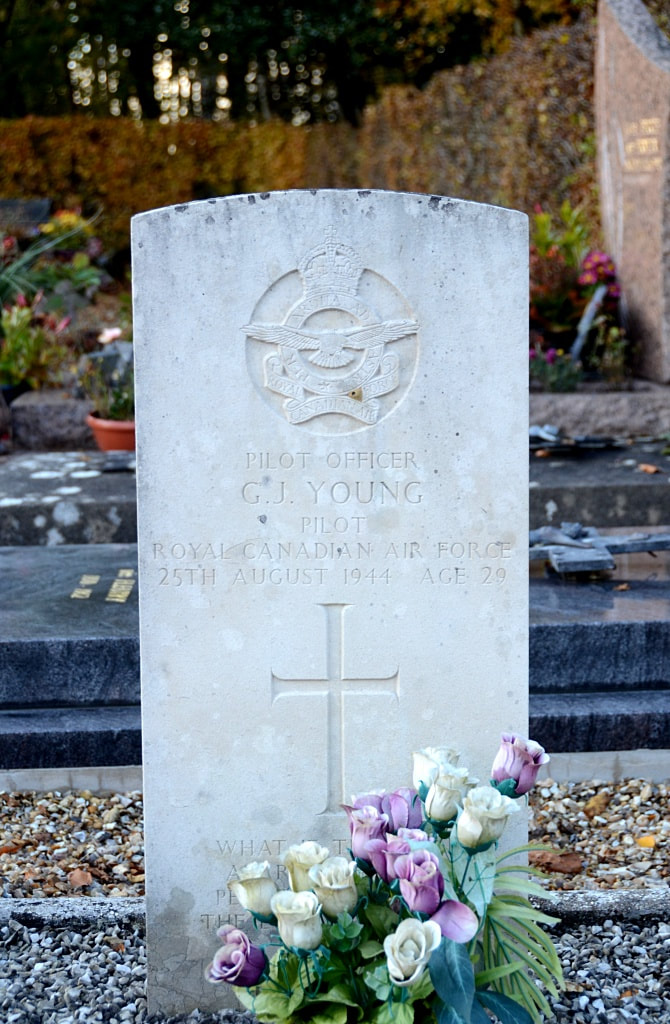 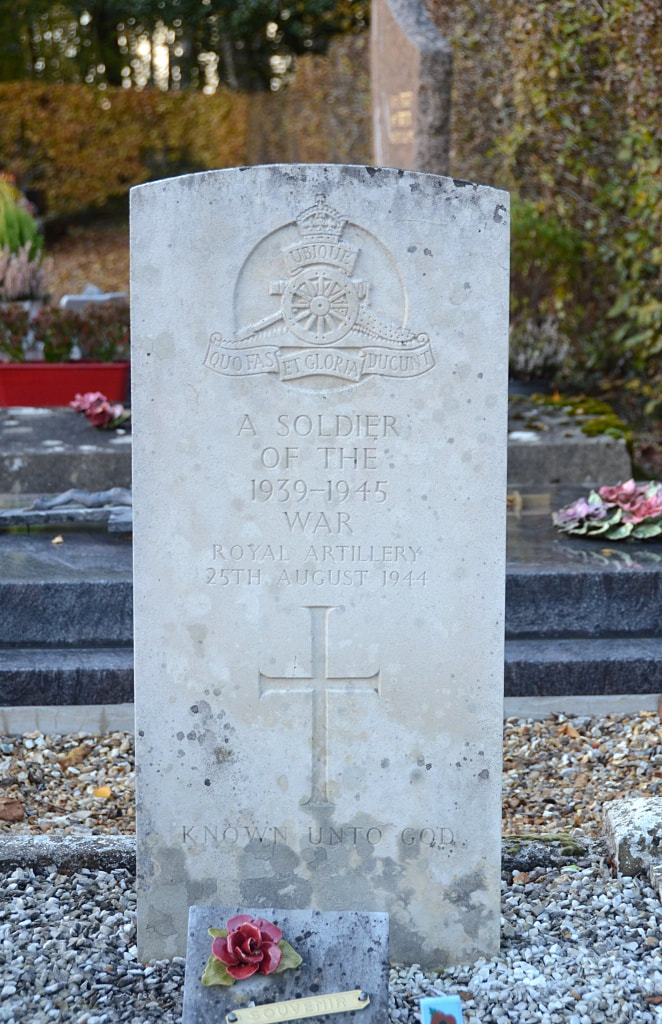 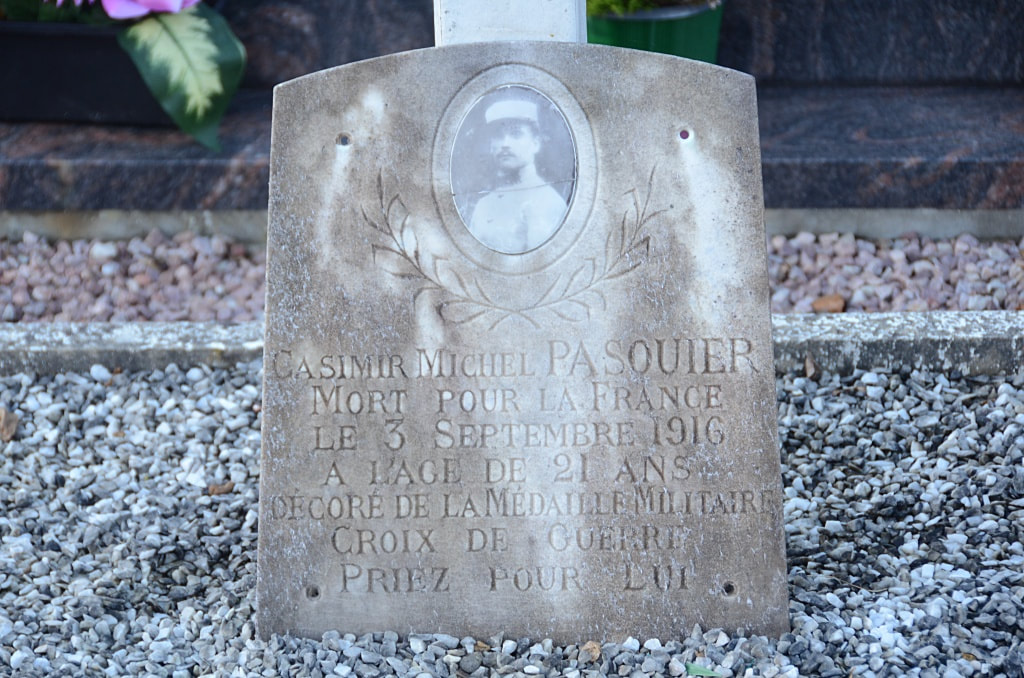 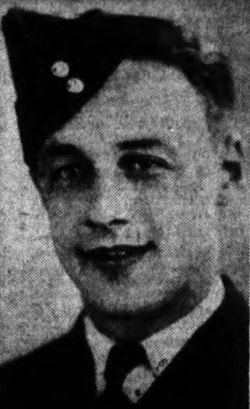 His headstone bears the inscription "What If They Fell Afar Somewhere. Perhaps Unknown, The Lord Was There"

119758 Flight Lieutenant Denis Clark, 168 Squadron, Royal Air Force Volunteer Reserve, died 25th August 1944, aged 25.
Son of Sydney and Minnie G. Clark; husband of Beth Clark, of Gosforth, Newcastle-on-Tyne. His headstone bears the inscription "Greater Love Hath No Man Than This, That A Man Lay Down His Life For A Friend.

976272 Lance Bombardier Jack Martin, 65 (The Norfolk Yeomanry) Anti-Tank Regiment, Royal Artillery, died 25th August 1944, aged 29. Son of Joseph and Alice Allen, of Coseley, Staffordshire; husband of Beryl Martin. His headstone bears the inscription "His Glory Shall Not Be Blotted Out And His Name Liveth To All Generations"