The village of Lendelede is located 8 kilometres north of the town of Kortrijk, off the N36/N50 which runs between Kortrijk and Izegem. Driving from Kortrijk take the N50 to the junction with the N36, turn left onto the N36 and follow this road to Lendelede. Cross over the railway and take the first turning left called Rozebeeksestraat, along here to the first turning right called Ingelmunstersestraat. Turn right here and the cemetery is on the right. The grave is located through the entrance and 15 metres up the path on the right. 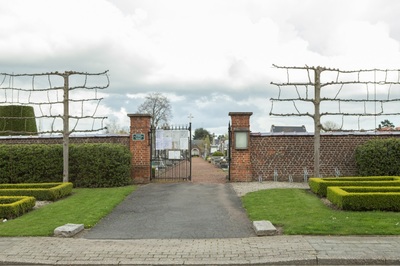 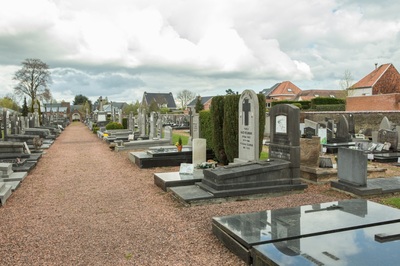 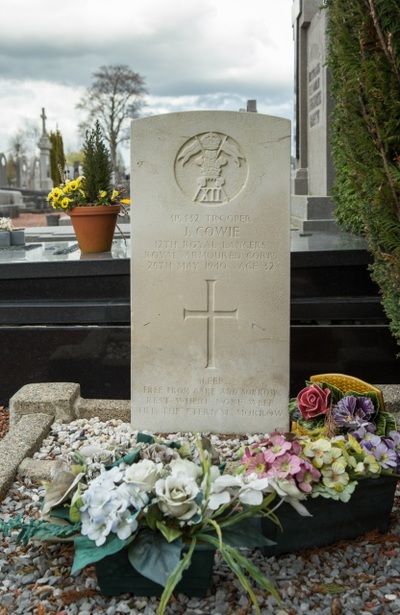