The cemetery lies near the sea in the Almina Area on Kwas El Hamam Street, about 2 kilometres south-west of Tripoli centre.

Tripoli (Victoria) Naval Cemetery originated in 1893, as a result of the collision between HMS Victoria and HMS Camperdown, off the coast of Tripoli on 22nd June 1893, which lead to the loss of HMS Victoria. Lebanon was at that time part of the Ottoman Empire and the piece of ground occupied by the cemetery was given by the Turkish Government as a burial place for some of the 358 crew lost in this incident. A sailor from HMS Ramilies, who died in 1895, is also buried there.

In 1922 Syria and the Lebanon became French mandated territory and after the fall of France in 1940, the two countries, under the control of the Vichy French, were a potential base for the Axis powers. The Germans infiltrated Syria in May 1941 posing a threat to the Suez Canal and the Allied positions in the Middle East. In an attempt to neutralise this threat, the Allies, including a contingent of Free French forces, advanced into both countries from Palestine on 8 June 1941. The campaign lasted until 11 July, when the Vichy French asked for an armistice. Subsequently the French Mandate was superseded by an agreement which made Lebanon an independent state from 1 January 1944.

The cemetery contains the graves of 87 Commonwealth soldiers and airmen who lost their lives during the 1941 campaign in Syria and the Lebanon. There are also 12 Polish and Greek war graves within the cemetery, and 7 non-war naval burials. 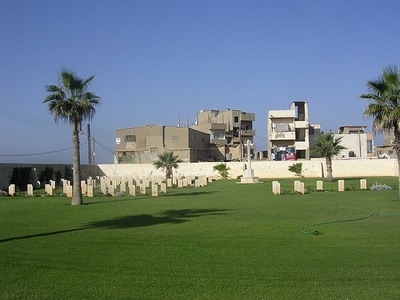 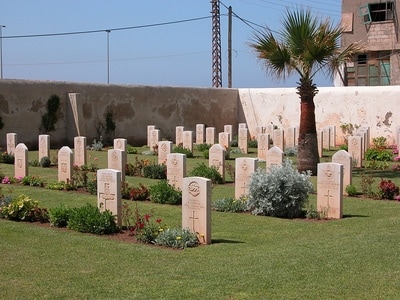 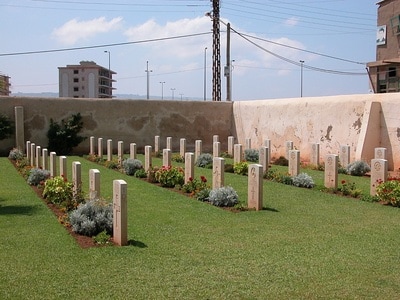 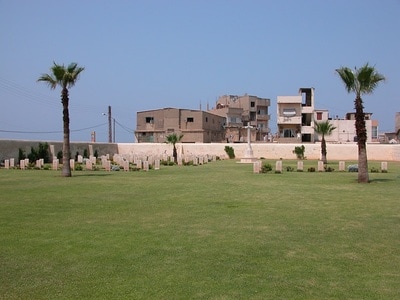 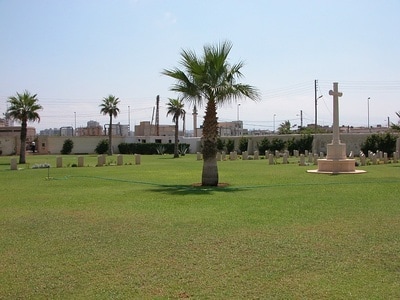 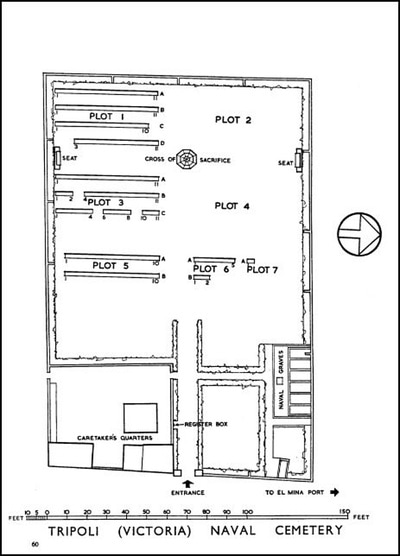