Sidon is about 60 kilometres south of Beirut on the coast road. Sidon War Cemetery is situated about 1 kilometre inland from the southern bay of Sidon harbour in Dukurman Quarter on a small road named Sahl Al Sabbagh. A taxi or shared taxi is the only form of public transport from Beruit.
Vistors wishing to gain access to the cemetery outside of normal working hours (Mon - Fri. 07:30 - 14:30) should contact the British Embassy in Beruit. Arrangements can then be made for the gardener to be on site.

Visitors wishing to gain entry to the Cemetery outside of normal working hours (Monday to Friday, 07.30 to 14.30) should contact the British Embassy, Beirut. Arrangements can then be made for the gardener to be on site.

Sidon War Cemetery was opened in 1943 by units of His Majesty's Forces occupying the Lebanon after the 1941 campaign. It was originally used for the burial of men who died while serving with the occupation force, but subsequently the graves of a number of the casualties of the 1941 campaign were moved into the cemetery from other burial grounds or from isolated positions in the vicinity.

The cemetery now contains 176 Commonwealth burials of the Second World War and nine war graves of other nationalities. It was designed by G. Vey. 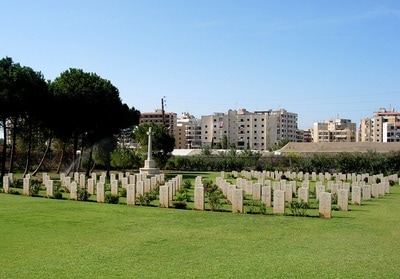 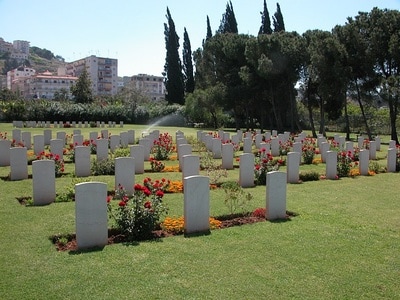 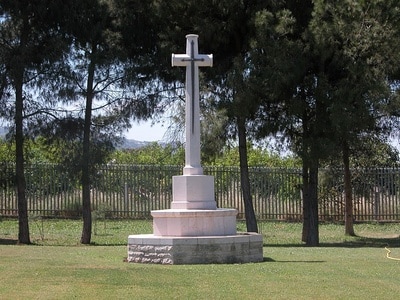 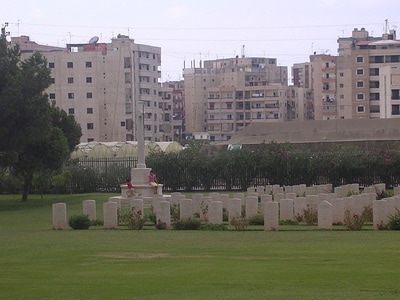 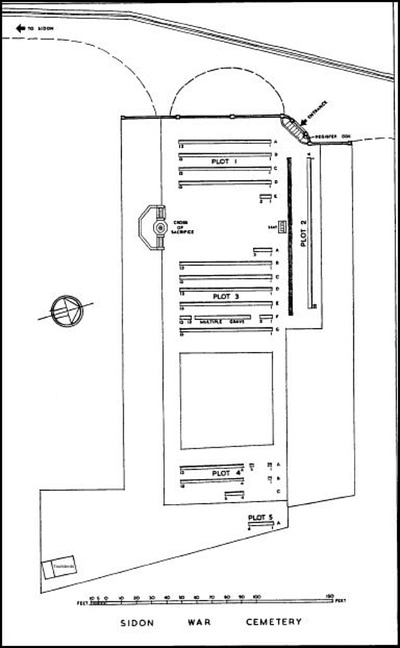