La Chapelle-Moutils is a village and commune in the Department of the Seine-et-Marne, 29 kilometres north of Provins and 8.2 kilometres east of La Ferté-Gaucher. On arrival at the village, take the Rue des Tilleuls heading south from the centre. After 400 metres turn left and the communal cemetery is some 350 metres on the right. In the north-west part of the cemetery, near the entrance, is the joint grave of two WW2 British airmen from the United Kingdom. 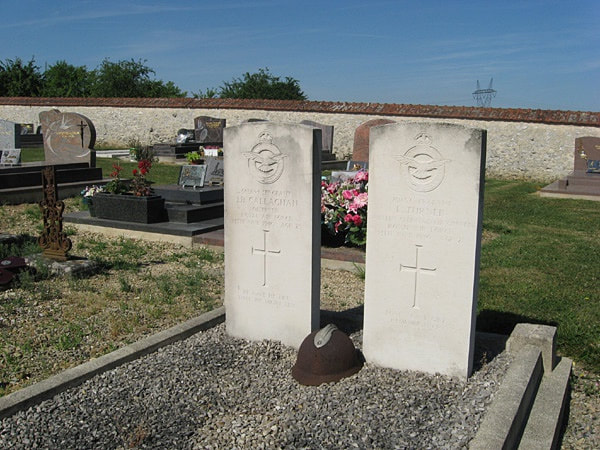