Ambon island lies close to the south west coast of Ceram in the Molucca Group of islands. It is reached by air directly from Jakarta during the day or by connecting flights at Makassar in South Sullawesi during the night.
Ambon War Cemetery (known locally as the Australian Cemetery) is on the opposite side of the bay to the airport. It can be reached by taxi travelling around the bay to Ambon town, or there is a ferry service across the bay which brings you to Ambon town. The Cemetery is 5 kilometres north-east of Ambon on the main road to Galala.

Standing on the first terrace within the cemetery will be found the Ambon Memorial. This Memorial, in the form of a shelter, commemorates officers and men of the Australian forces who have no known grave. Many of those commemorated here died in the defence of Ambonia in the early months of the war against Japan and others were killed in the Allied assault on Japanese air bases established on Ambonia and Celebes. A large number perished in Japanese prisoner of war camps.

IT IS RECOMMENDED THAT VISITORS CHECK THE LATEST TRAVEL ADVICE WITH THE FOREIGN AND COMMONWEALTH OFFICE BY VISITING www.fco.gov.uk.


Ambon War Cemetery is open at all times. If the gates to the Cemetery are locked entry can be made through the side entrance and the resident head gardener's accommodation. A notice to this effect is situated inside the main cemetery gates.

The town of Ambon, situated on Laitimor Peninsula on the southern shore of Ambon Bay, was severely damaged during the war, first by the Japanese who bombed it heavily in January 1942 and later by the Allied forces who attacked it in 1943 and 1944.

After the fall of Ambon in February 1942, a former Dutch army camp on the island was used to hold Australian, American and Dutch prisoners of war, captured during the invasion. The War Cemetery was constructed on the site of this camp (known as Tan Touy) after the war. The cemetery contains Australian soldiers who died during the Japanese invasion of Ambon and Timor, plus those who died in captivity in one of the many camps constructed by the Japanese on the Moluccas Islands, including many British prisoners who were transferred from Java to the islands in April 1943. Soon after the war, the remains of prisoners of war from Haruku and other camps on the island were removed to Ambon and in 1961, at the request of the Indonesian Government, the remains of 503 graves in Makassar War Cemetery on the island of Celebes were added to the cemetery.

The total number of graves in the cemetery is over 2,000. Of this total over half are Australians, of whom about 350 belonged to the 2/21st Australian Infantry Battalion. Most of the 800 British casualties belonged to the Royal Navy and Royal Air Force; nearly all the naval dead were originally buried at Makassar. The cemetery is laid out in a series of terraces approached by short flights of steps on the central axis. The Ambon Memorial, which is in the form of a shelter, stands on the first terrace. It commemorates over 450 Australian soldiers and airmen who died in the region of Celebes and the Molucca Islands and have no known grave. The Cross of Sacrifice stands on the highest terrace in a wide expanse of lawn; the terrace below it contains most of the burials from Makassar. All the graves are marked with bronze plaques mounted on concrete pedestals and set in level turf. Tropical trees and shrubs are planted throughout the cemetery and around its boundaries. There are 1,959 Commonwealth burials of the 1939-1945 war here, 357 of these are unidentified. There are 186 Dutch burials here, 15 being unidentified, and 1 American Airman. The American airman was killed with 7 Australian airmen in July 1945; all were buried in a collective grave in Plot 28. The non-war grave is that of a seaman of the Merchant Navy, whose death was not due to war service. The cemetery was designed by Ralph Hobday.


Pictures used with the permission of the Commonwealth War Graves Commission
​ 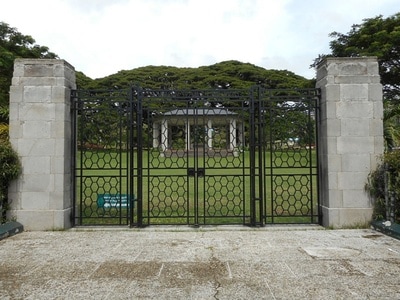 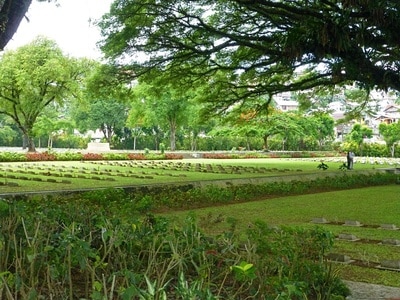 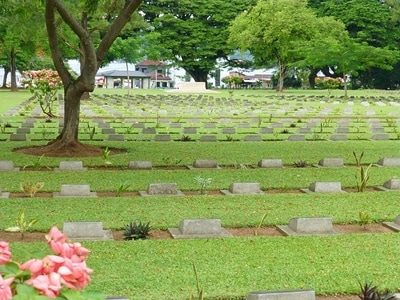 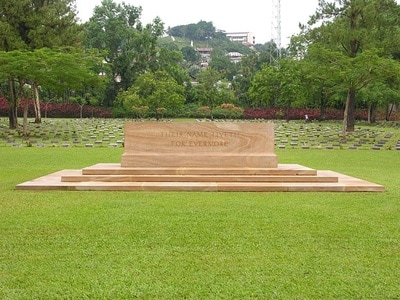 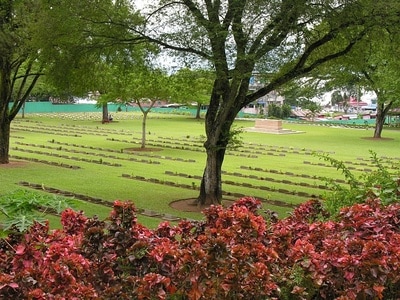 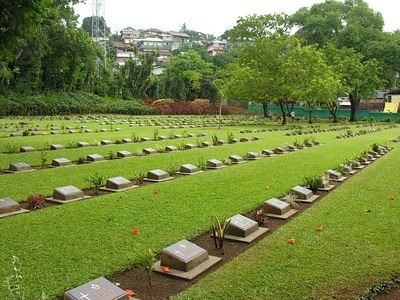 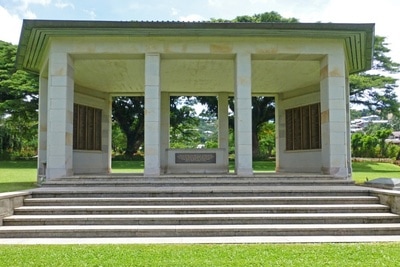 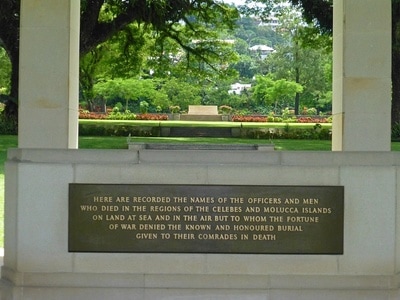 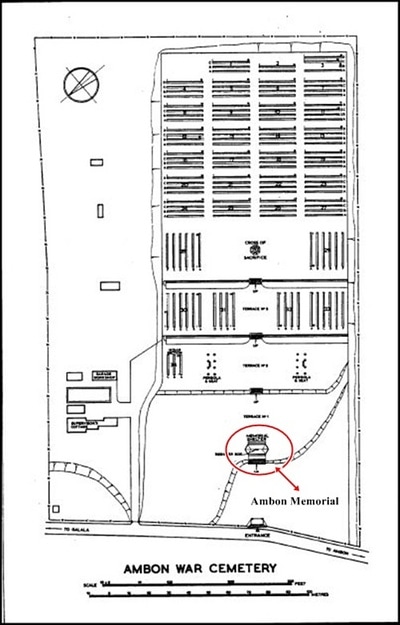