Budapest War Cemetery is 16 kilometres to the north west of the city. Take Route 10 from the city centre, in the direction of Dorog. Keep going for 14 kilometres from the city centre until you reach a large Auchan Hypermarket. At the roundabout take the first exit for Dorog and continue for about 500 metres. Then on your left take the small road leading to the village of Solymar. The cemetery is immediately on your left with a small car park to the rear.

Budapest War Cemetery contains 173 Commonwealth burials of the Second World War, all of them airmen whose graves were brought in from sites all over Hungary after the war. 3 of these burials are unidentified. The single First World War burial was moved to the cemetery from Rascalmas Roman Catholic Cemetery in 1958.

The cemetery also contains one French and 37 Polish War Graves. 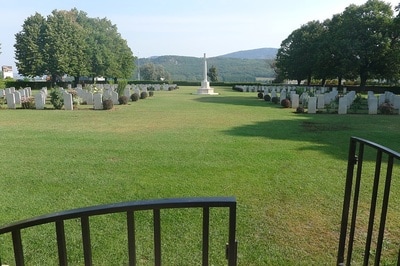 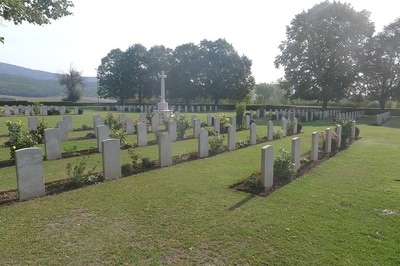 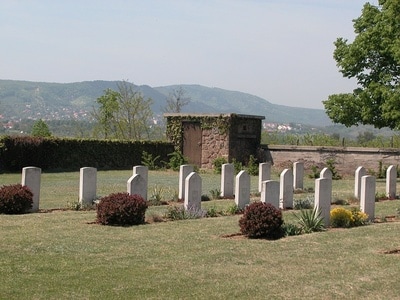 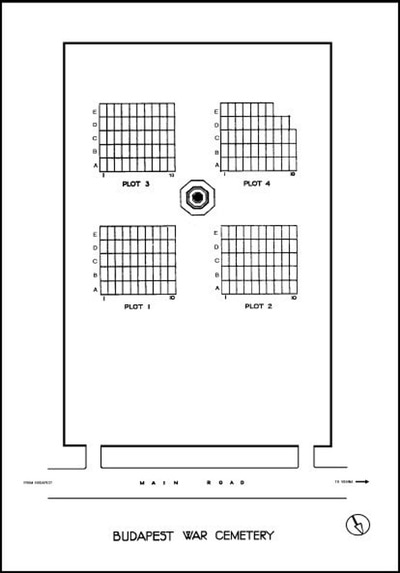