Hodeng-au-Bosc is a village and commune 29 miles (46 kilometres) east-south-east of Dieppe, and 7.50 miles (12 kilometres) south-east of Blangy-sur-Bresle, which is at the junction of the N.14 bis (Le Treport-Aumale-Paris) and the N.28 (Rouen-Abbeville) roads. The village is on the departmental road (D.49) from Blangysur-Bresle to Aumale, and is on the west side of the River Bresle. The nearest railway station is 2.50 miles (4 kilometres) away at Vieux Rouen on the Le Treport-Paris main line. The communal cemetery is on the south-west side of the village, about 600 yards from the church. The 2 British graves are south of the crucifix in the centre of the cemetery. 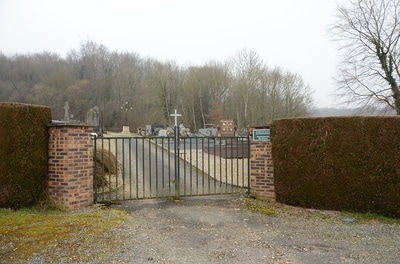 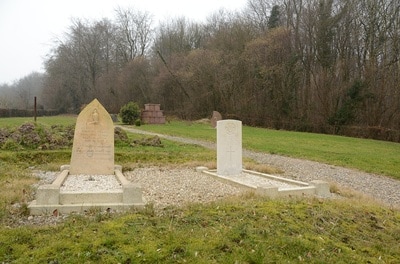 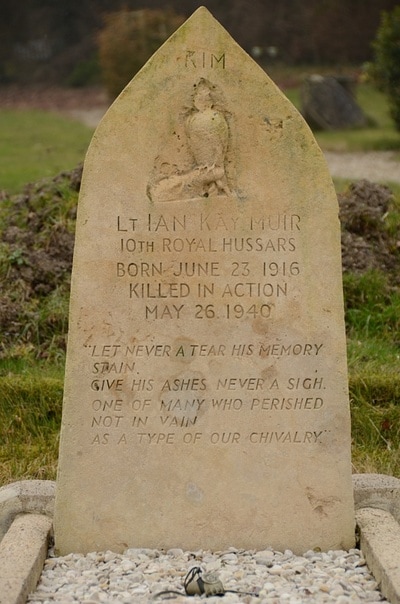 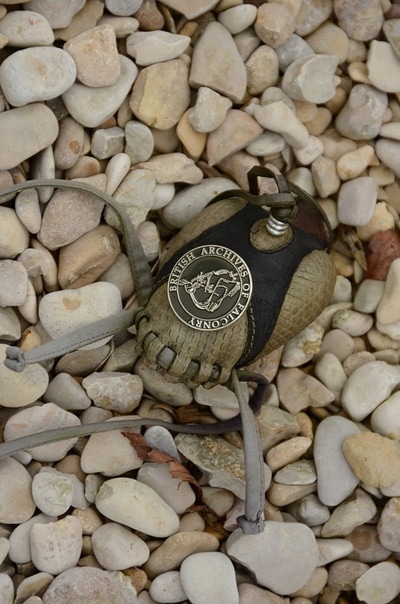 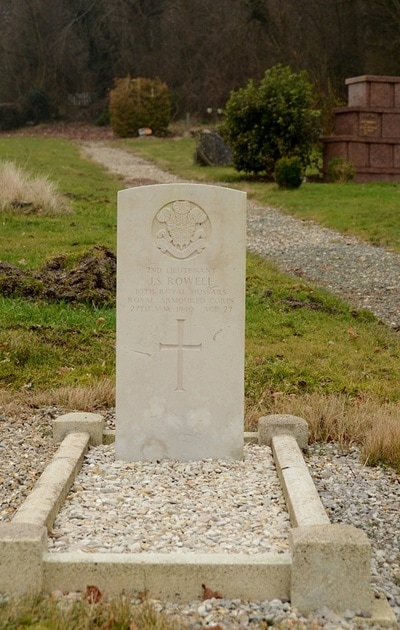 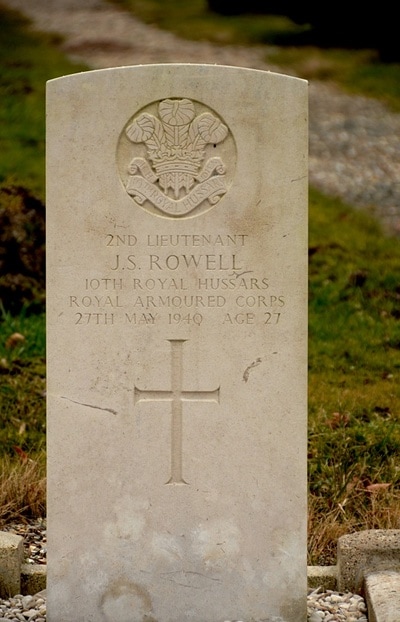