Harderwijk, on the shore of the Ijsselmeer (Zuiderzee), is 42 kilometres north-east of Utrecht and 45 kilometres north-west of Apeldoorn. The cemetery is nearly 1 kilometre east of the centre of the town in Oosteinde, a turning off of Newtonweg.

Please note that this cemetery closes at 16.00.

In the south-eastern part of the cemetery are two plots containing the graves of airmen whose remains were recovered from Ijsselmeer or from the surrounding countryside from 1941 onwards. 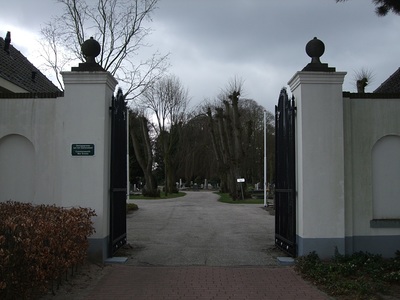 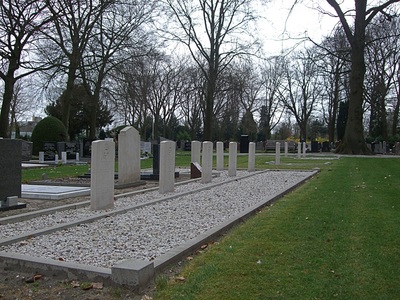 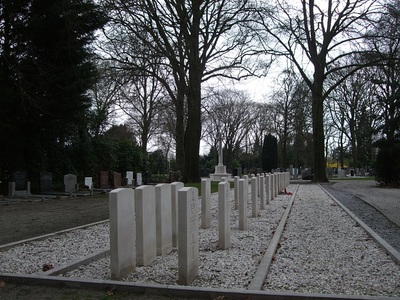 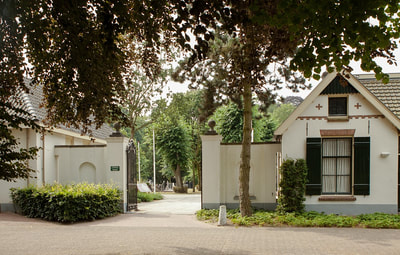 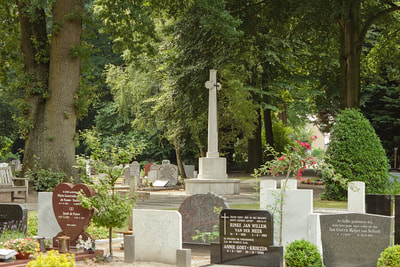 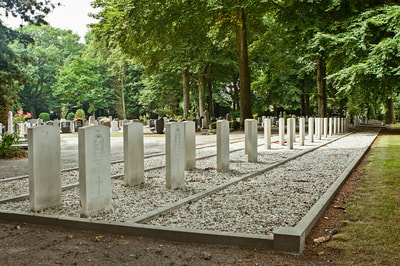 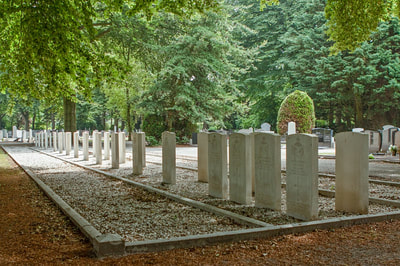 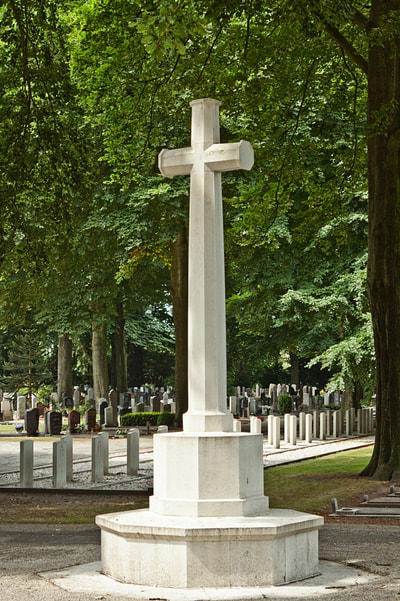 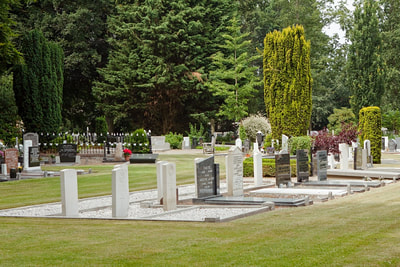 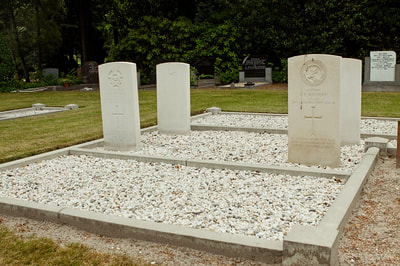 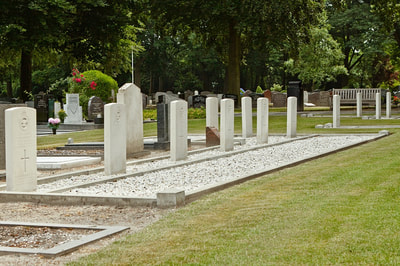 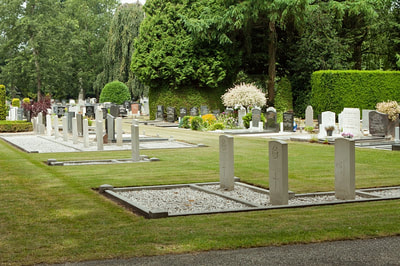 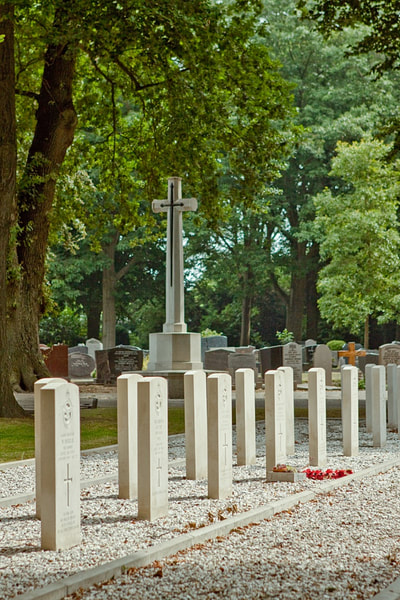 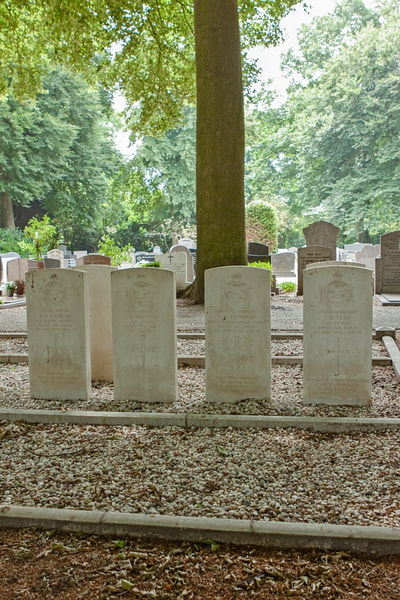 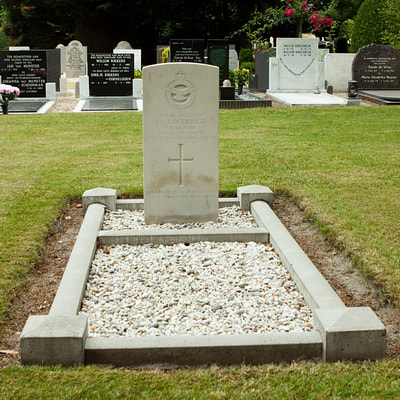 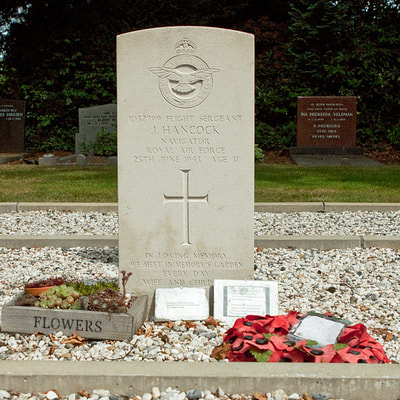 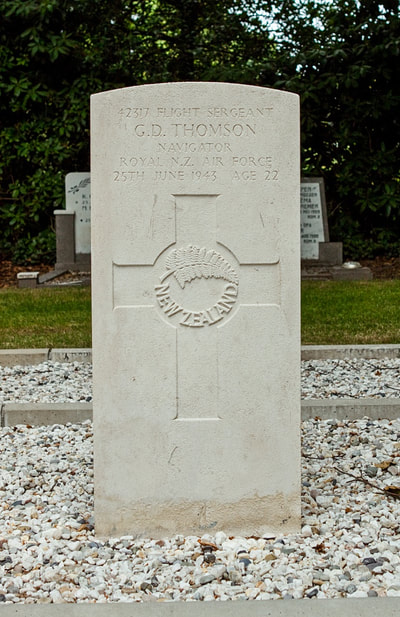 WW2 Monument in Harderwijk (Gelderland) The Netherlands.
The Memorial commemorates 117 Allied airmen who were killed in this area, most of them crashed in the IJsselmeer.
Pictures © Frits Leenders 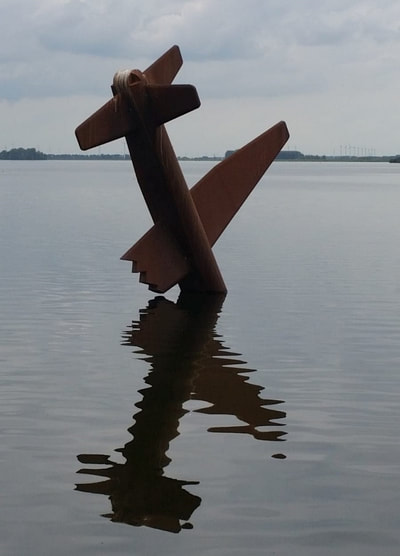 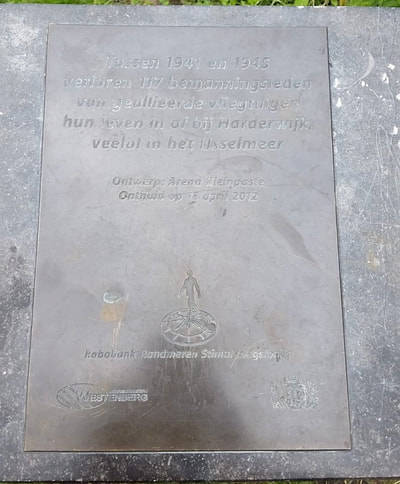 Text on the Plaque

Between 1940 and 1945
lost 117 crew members
of Allies aircrafts
their lives in or near Harderwijk,
Usually in the IJsselmeer.