Grouches-Luchuel is a village and commune about 5 kilometres north-east of Doullens, a small town 30 kilometres north of Amiens. The village is on the D.5 road from Doullens to Avesnes-le-Comte. Grouches is the main part of the village and is on the western side of the river Grouches, while Luchuel is on the eastern side. The churchyard, as its name indicates, is in Grouches, and the three British graves are some 8 metres north-north-west of the church door. 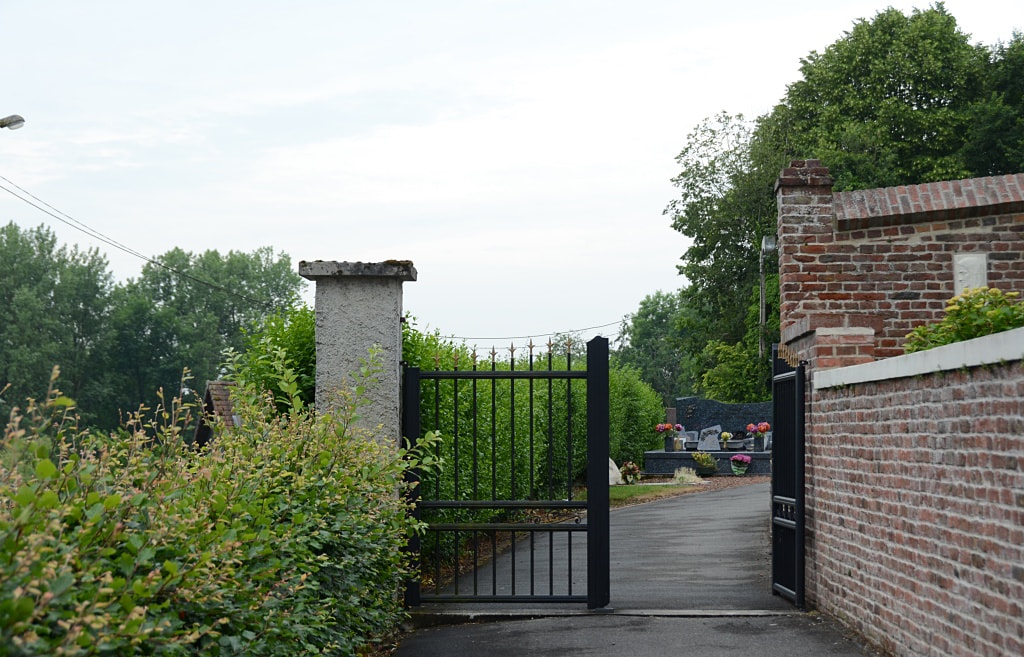 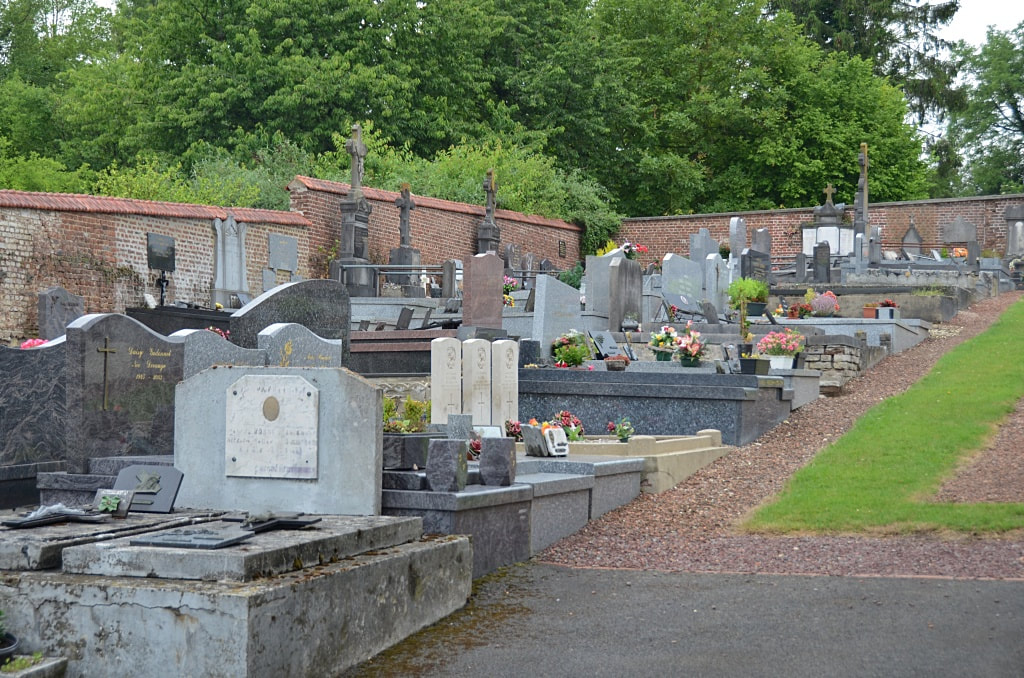 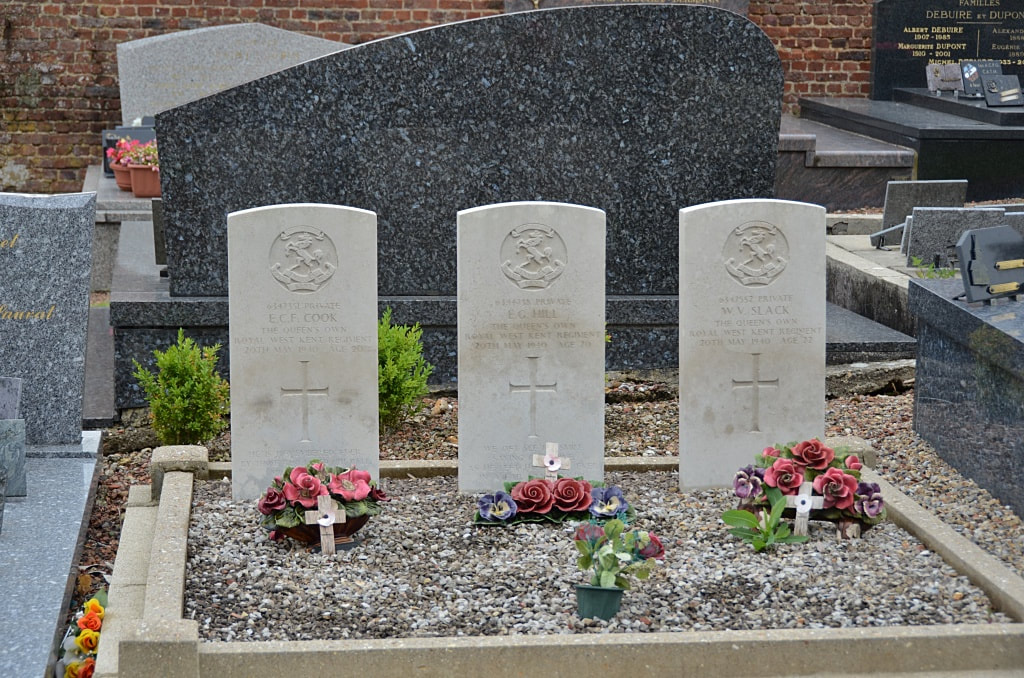 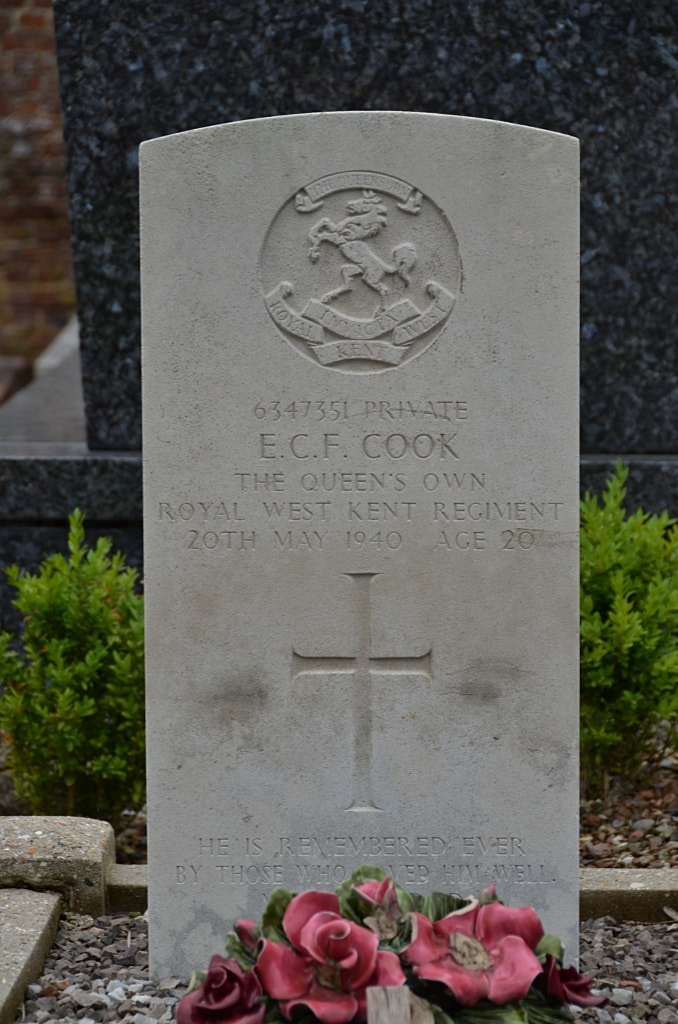 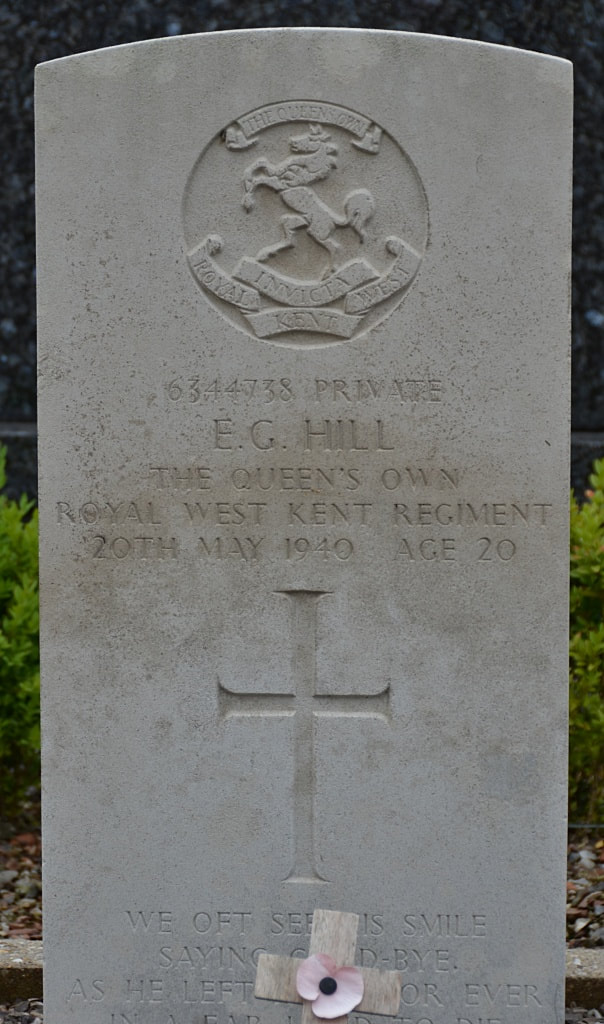 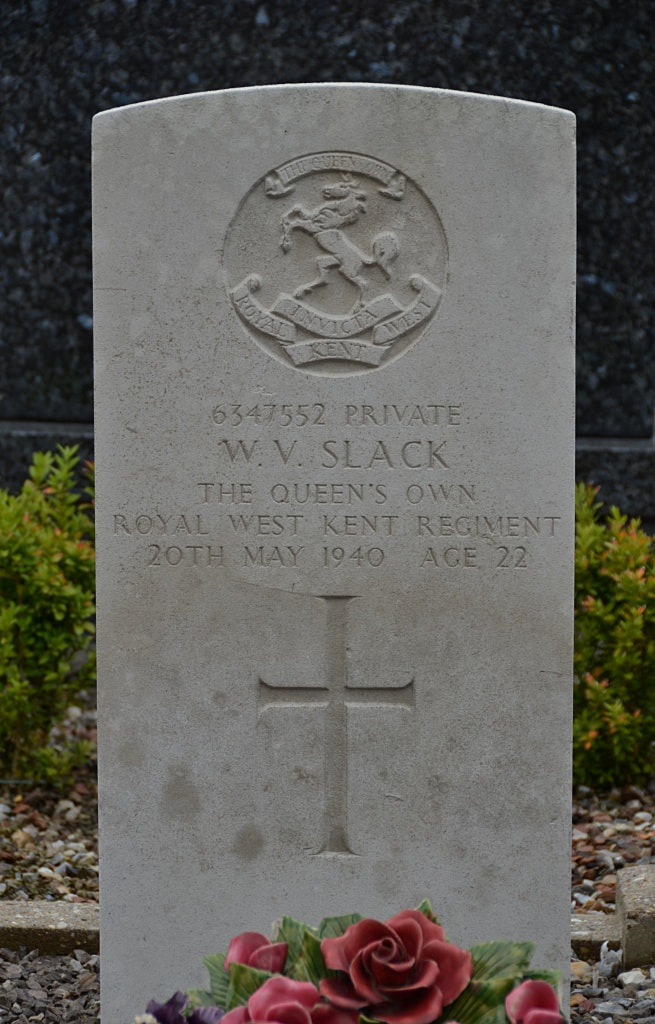 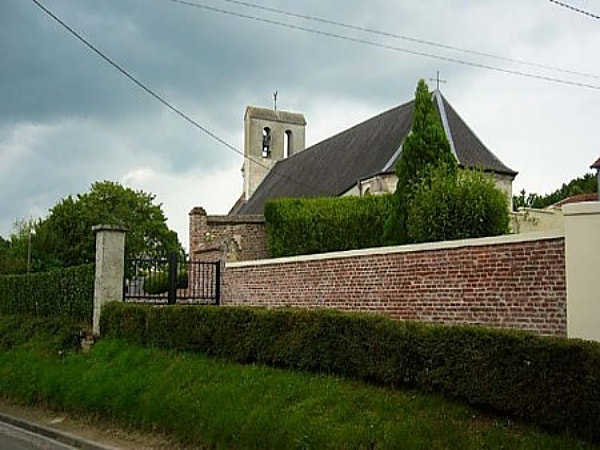