After the village of Maleme, you will see the sign on the right for the German Cemetery (Deutscher Soldaten Friedhof). The cemetery is 3km south up the winding paved road.

The 4,465 men buried here fell in the Battle of Crete in May of 1941. The Germans landed at the small airport of Maleme when they attacked Crete. The German statue of the attacking eagle, on the left of the highway just outside Chania, is a memorial of this event. There is a small coffee shop at the cemetery entrance and a parking lot. A short history of the Battle of Crete is inscribed on the wall of the entrance hall. It also tells of the Cretans who died in the same battle. The hill where the cemetery is today was of vital importance for the control of the airport of Chania which was in the location of the small Maleme airport today. A total of 6,580 Germans were killed in the battle of Crete, and about 2,000 from the Allied forces. The Allied force cemetery is in Souda. 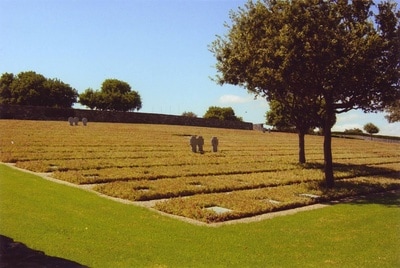 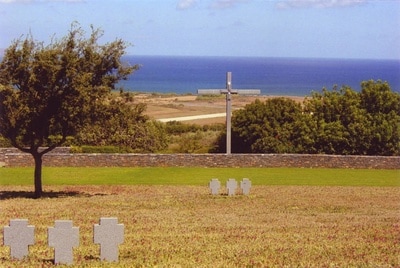 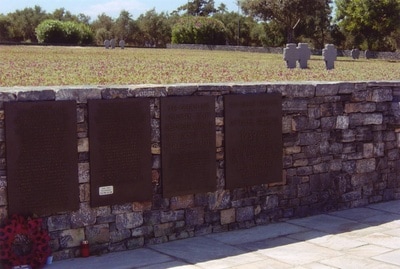 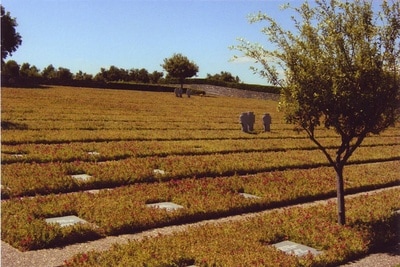