When Germany invaded France early in May 1940, the British Expeditionary Force had already been established there for some time. Between their dramatic evacuation a few weeks later and the Normandy landings of June 1944, Commonwealth forces activity in France was limited to coastal raids and special operations. Most of the Second World War Commonwealth cemeteries are situated in the coastal areas of northern France, but graves will also be found in communal cemeteries and churchyards all over the country, many being those of Commonwealth airmen who failed to return from missions over northern Europe. Granges-sur-Aube Churchyard contains the graves of seven Commonwealth airmen of the Second World War. 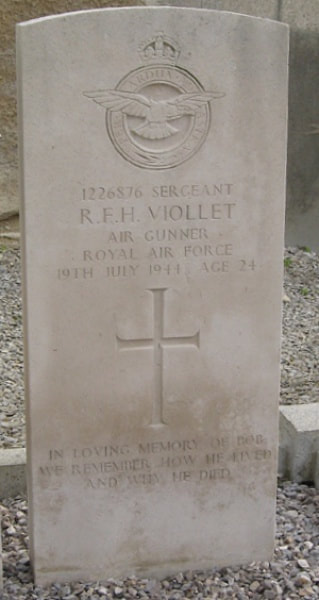 INSCRIPTION. IN LOVING MEMORY OF BOB. WE REMEMBER HOW HE LIVED AND WHY HE DIED.