Gradara War Cemetery is situated in the Commune of Gradara in the Province of Pesaro. It is located about 1.5 kilometres south of the SS16, midway between Pesaro and Riccione.

Take the exit Cattolica from the autostrada A14. At the roundabout take the first exit following the sign to Gradara. Proceed on via Malpasso seconda and at the follwing roundabout take the second exit following the sign to Pesaro and proceed on the SS16. After the village of Case Badioli and before the village of Colombarone turn right and then follow the CWGC signs.

The cemetery is permanently open and may be visited anytime. Please note that wheelchair access to this site is not possible, as the cemetery is steeply terraced with numerous steps.

Following the fall of Rome to the Allies in June 1944, the German retreat became ordered and successive stands were made on a series of defensive positions known as the Trasimene, Arezzo, Arno and Gothic Lines.

The site for the cemetery was chosen in November 1944 and it contains the graves of casualties incurred during the advance from Ancona to Rimini, which broke the German's heavily defended Gothic Line, and in the heavy fighting around Rimini, which was taken by the Allies on 21 September 1944. 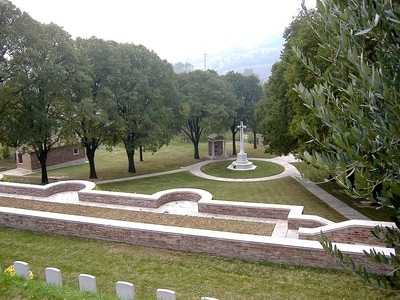 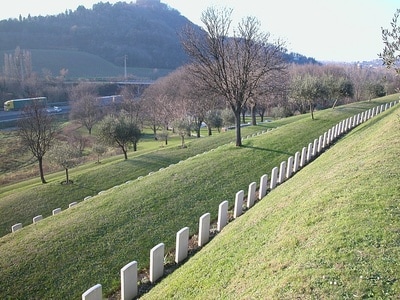 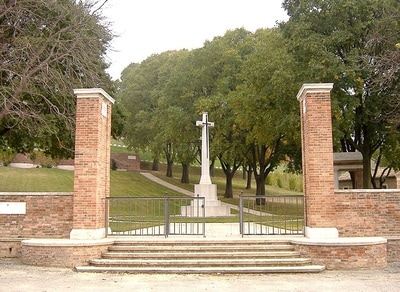 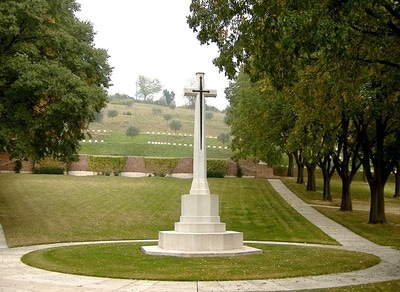 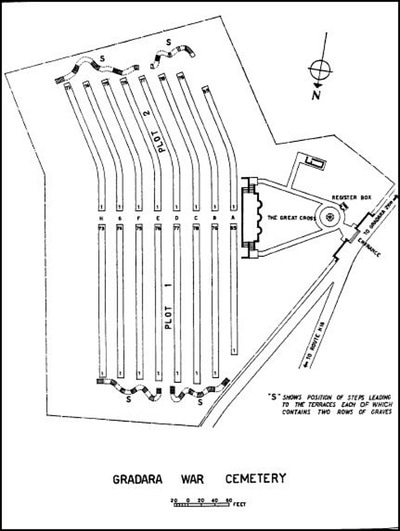