The small village of Becklingen lies in the north of Germany approx 85kms north of Hannover.

From the A7 motorway Hannover to Hamburg take exit 45 (Ausfahrt 45) SOLTAU-SUD / BERGEN / WIETZENDORF and follow the B3 direction BERGEN.
Continue along the B3 for approx 7kms and the cemetery can be found on the right.

The cemetery address is:-
B3 / Becklingen
29614 Soltau
Germany

Wheelchair access to the site is possible, but may be by an alternative entrance.
​

The site of Becklingen War Cemetery was chosen for its position on a hillside overlooking Luneburg Heath. Luneburg Heath was where, on 4 May 1945, Field-Marshal Montgomery accepted the German surrender from Admiral Doenitz.

Burials were brought into the cemetery from isolated sites in the countryside, small German cemeteries and prisoner of war camps cemeteries, including the Fallingbostel cemetery, within a radius of about 80 kilometres. Most of those buried in the cemetery died during the last two months of the war.

Becklingen War Cemetery contains 2,374 Commonwealth burials of the Second World War, 97 of them unidentified. There are also 27 war graves of other nationalities, many of them Polish. 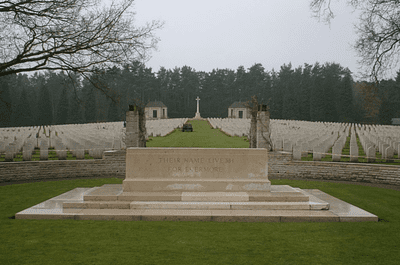 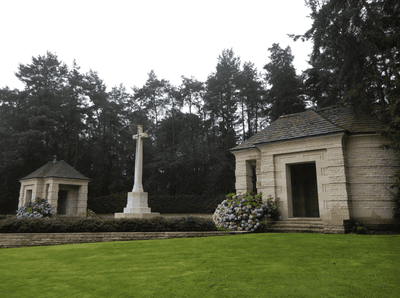 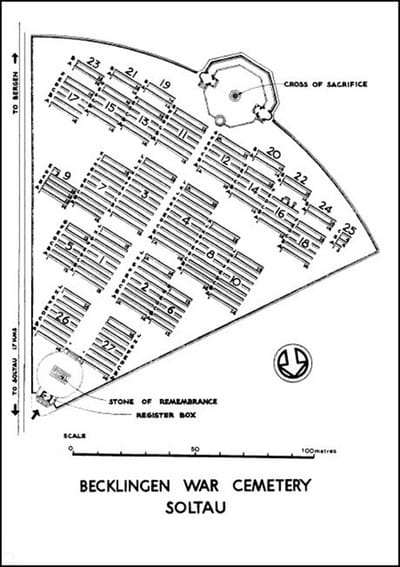 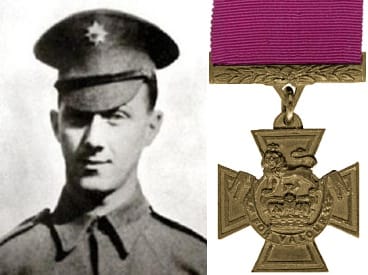 
Citation: The following details are given in the London Gazette of 2nd May, 1946:- In Germany on 21st April, 1945, Guardsman Charlton was co-driver of a tank belonging to a troop which, with a platoon of infantry, seized the village of Wistedt. The enemy attacked in great strength, covered by an artillery concentration. All the tanks were hit, and the hard-pressed infantry were in danger of being overrun. Quickly recovering his Browning gun from his damaged tank, Guardsman Charlton advanced in full view of the enemy, firing from the hip. His bold attack and heavy fire halted the leading enemy company, inflicting heavy casualties and bringing much-needed relief to our infantry. Guardsman Charlton continued his attack until wounded in the left arm. Supporting his arm and his machine-gun on a nearby fence, he stood under heavy fire shooting continuously until his arm was again hit and shattered. Then, firing and loading with one arm, he continued to inflict casualties on the enemy, Hit for the third time, he collapsed. He died later in enemy hands. The heroism and determination of this guardsman were beyond all praise. Guardsman Charlton's valour and self-sacrifice retrieved a desperate situation and made possible the speedy recapture of the position. 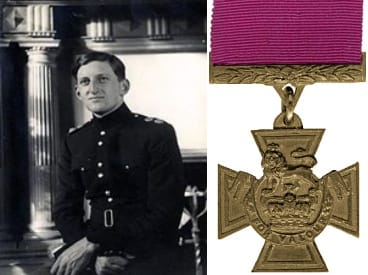 
Citation: The following details are taken from the London Gazette of June 5th, 1945:- In Germany on April 3rd, 1945, Captain Liddell was commanding a company of the Coldstream Guards ordered to capture intact a bridge over the river Ems, near Lingen. The bridge was heavily defended and prepared for demolition. Captain Liddell ran forward alone to neutralise the 500 lb. charges. Unprotected, and all the time under intense fire, he crossed and re-crossed the whole length of the bridge, disconnecting the charges at both ends and underneath it. The bridge was captured intact, and the way cleared for the advance over the river. Captain Liddell's outstanding gallantry and superb example of courage will never be forgotten by those who saw it. This very brave officer later died of wounds subsequently received in action. 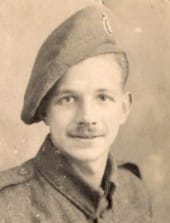 Son of James and Mary Ellen Ford, of Carshalton, Surrey.

KIA at Tarmstedt, Germany, along with 19 Men of His Company, when their Kangaroo Carrier was Blown Up by a Concealed Sea Mine buried beneath the Main Road into the Village. 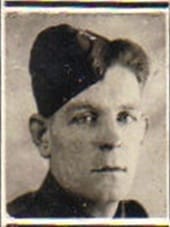 
Son of Patrick and Margaret McGlennon, of Kireubbin, Co. Down, Northern Ireland.


Born 25 June 1914 and killed in active service 26 April 1945. Hugh was awarded the Military Medal for gallantry during the Allied invasion of Normandy in June 1944 in the pre D-day reconnaissance operation, during the landings and in the ensuing advance. His award was announced in the 31 August 1944 edition of the London Gazette. He was killed during the Allied advance in Nazi Germany. The vehicle he was travelling in activated a magnetic mine and there were no survivors.