The memorial is sited some 38 kilometers north east of Lyon on the main road to Ambérieu-en-Bugey in the Department of the Ain.

The airmen were originally buried in a local cemetery but were later transferred to Lyon (La Doua) French National Cemetery, details below: 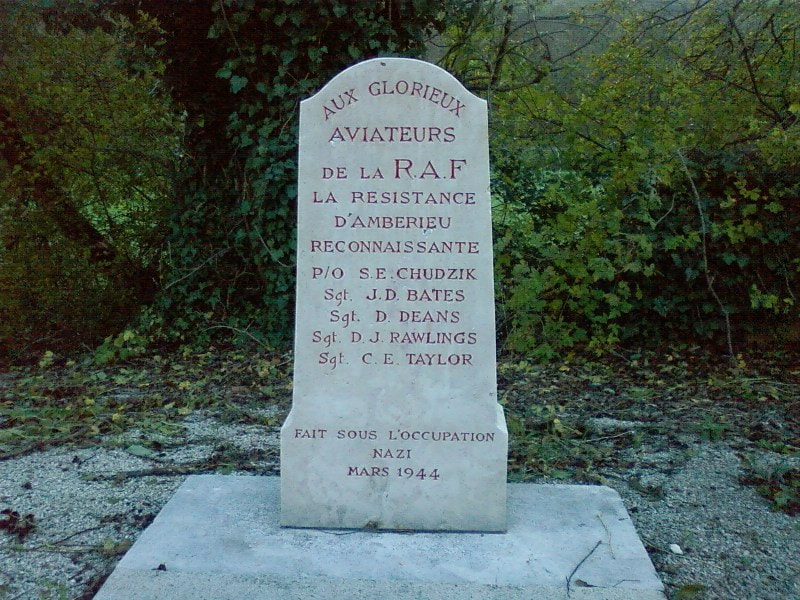