Copyright Information
Unless a copyright is indicated information on this ABMC web site is in the public domain and may be copied and distributed without permission. Citation of the ABMC as source of the information is appreciated.

Florence American Cemetery is located on the west side of Via Cassia, south of Florence.

Travel via Car
Florence American Cemetery is located on the west side of Via Cassia, about seven and a half miles south of Florence. The Rome-Milan A1 autostrada passes near the cemetery. Take the Certosa-Florence exit, two miles to the north.

Travel via Train
Train service to Florence is available from most major cities in Italy. Some international trains travel to Florence.

Travel via Airplane
Rome is about 175 miles from the cemetery.

Travel via Public Transportation
The "SITA" bus station provides frequent bus service along Via Cassia and there is a bus stop located just outside the cemetery gate.

The Florence American Cemetery and Memorial site in Italy covers 70 acres. The wooded hills that frame its western perimeter rise several hundred feet. Between the two entrance buildings, a bridge leads to the burial area where the headstones of 4,402 of our military dead are arrayed in symmetrical curved rows upon the hillside. They represent 39 percent of the U.S. Fifth Army burials originally made between Rome and the Alps. Most died in the fighting that occurred after the capture of Rome in June 1944. Included among them are casualties of the heavy fighting in the Appennine Mountains shortly before the war's end. On May 2, 1945 the enemy troops in northern Italy surrendered.

Above the graves, on the topmost of three broad terraces, stands the memorial marked by a tall pylon surmounted by a large sculptured figure. The memorial has two open atria, or courts, joined by the Tablets of the Missing upon which are inscribed 1,409 names. Rosettes mark the names of those since recovered and identified. The atrium at the south end of the Tablets of the Missing serves as a forecourt to the chapel, which is decorated with marble and mosaic. The north atrium contains the marble operations maps recording the achievements of the American armed forces in this region. 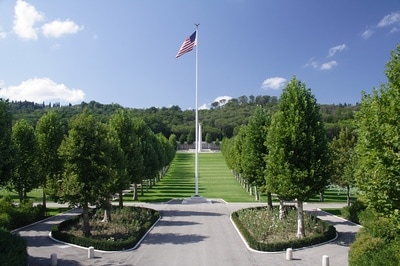 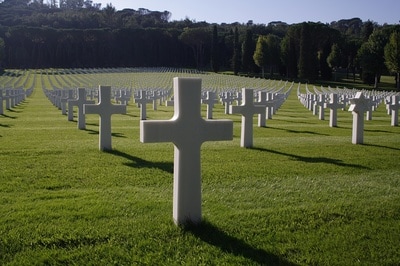 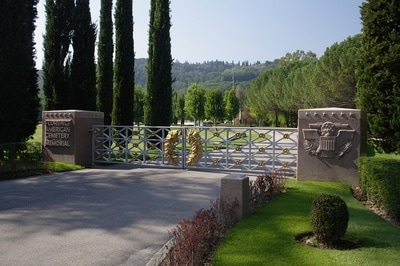 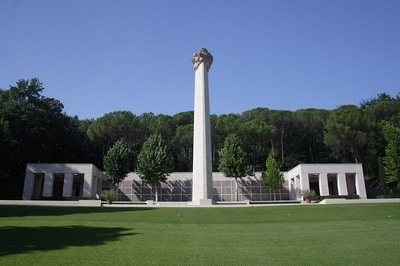 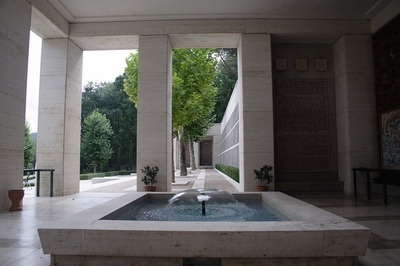 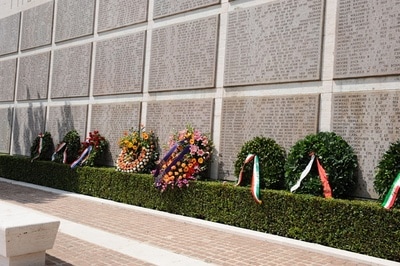 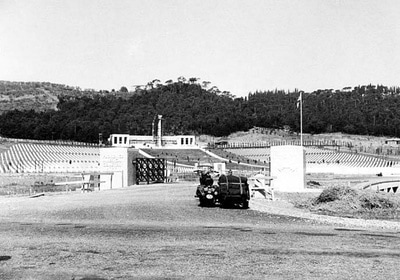 Pictures in gallery below © Nicholas Philpot 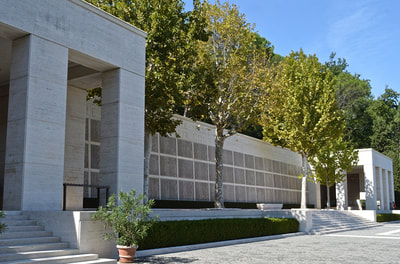 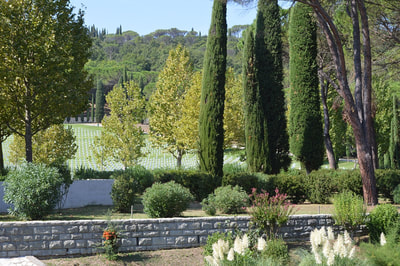 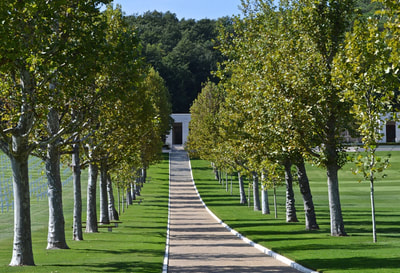 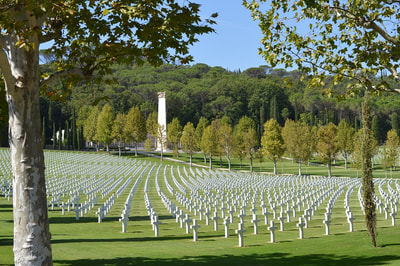 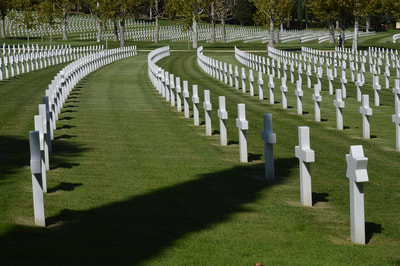 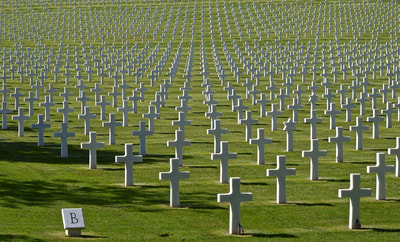 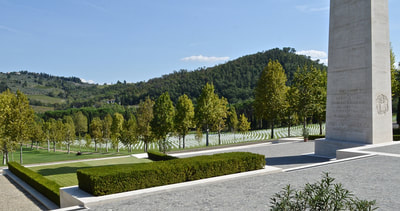 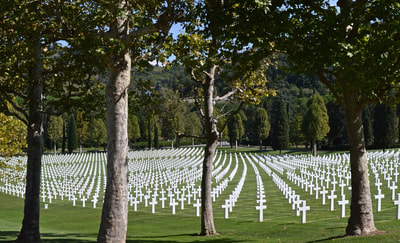 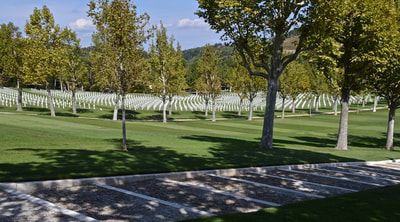 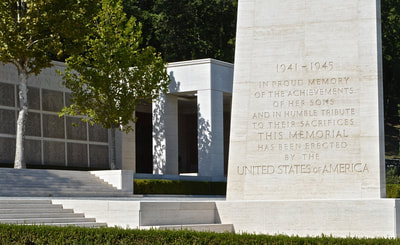 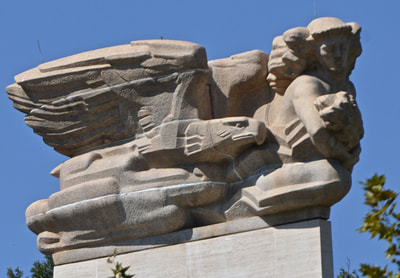 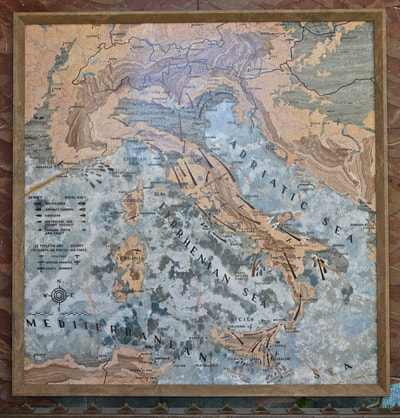 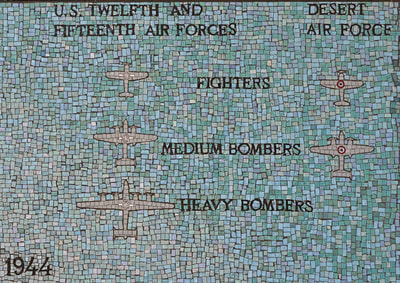 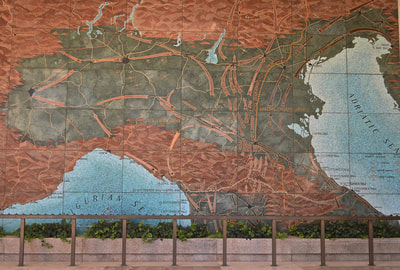 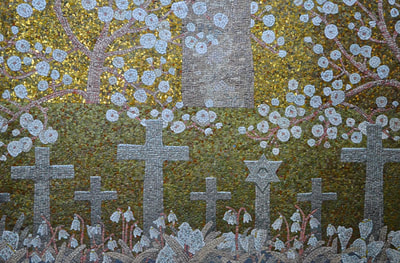 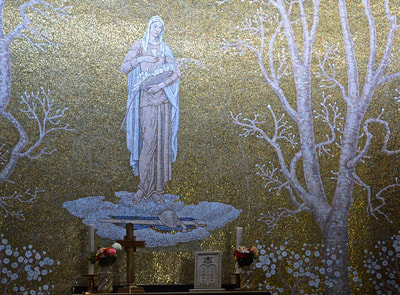 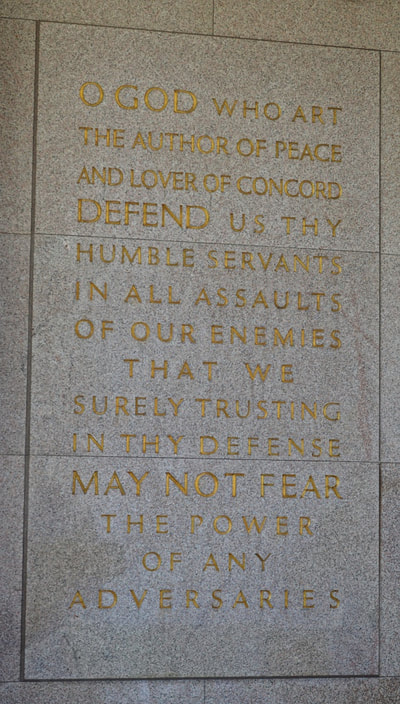 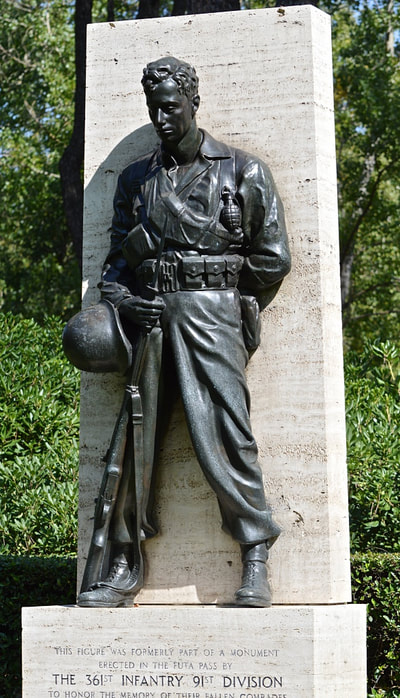 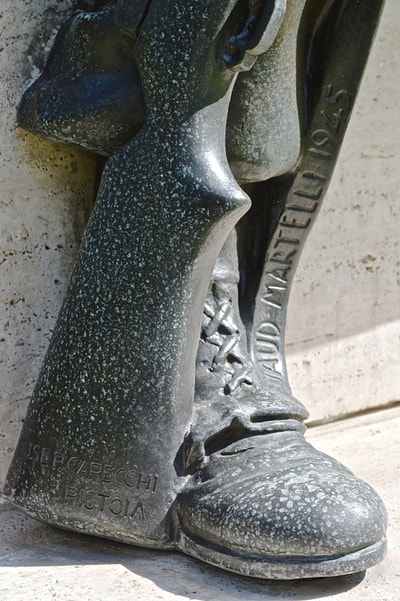 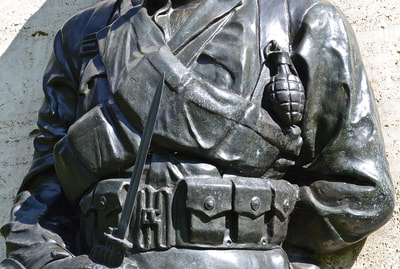