Flesselles is a village and commune about 13 kilometres north-north-west of Amiens and some 5 kilometres west of Villers-Bocage, a village on the main road from Amiens to Doullens and Arras. The village is on the N.333 road from Amiens to Auxi-le-Chateau, and the communal cemetery is north of it on the D.117 road to the neighbouring village of Naours. North of the entrance gates, and adjacent to the western boundary are the graves of three soldiers of the United Kingdom forces. 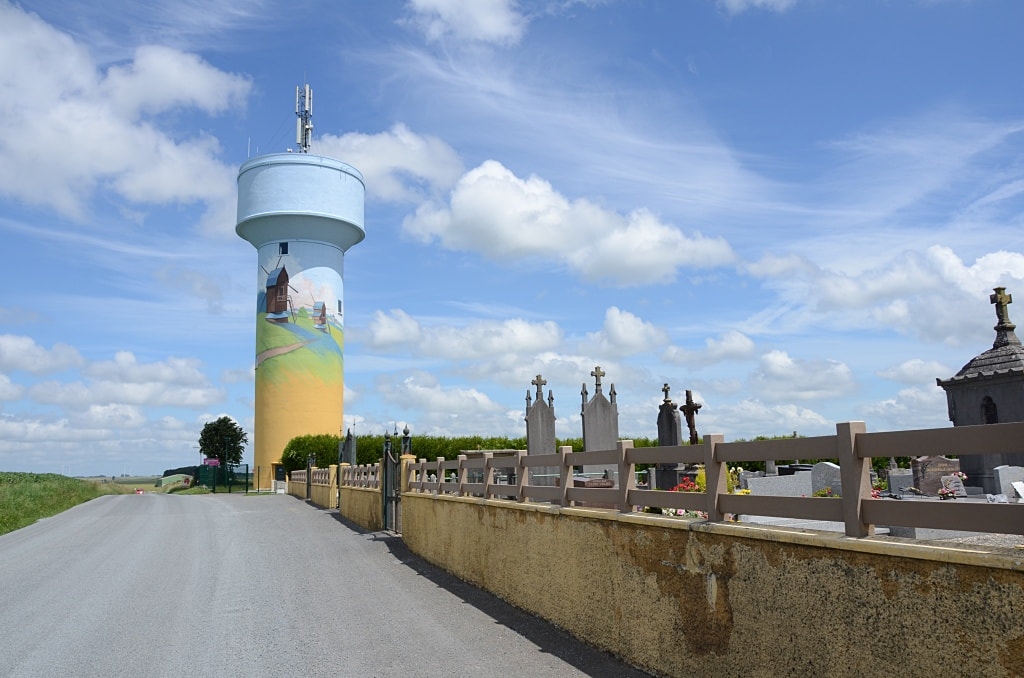 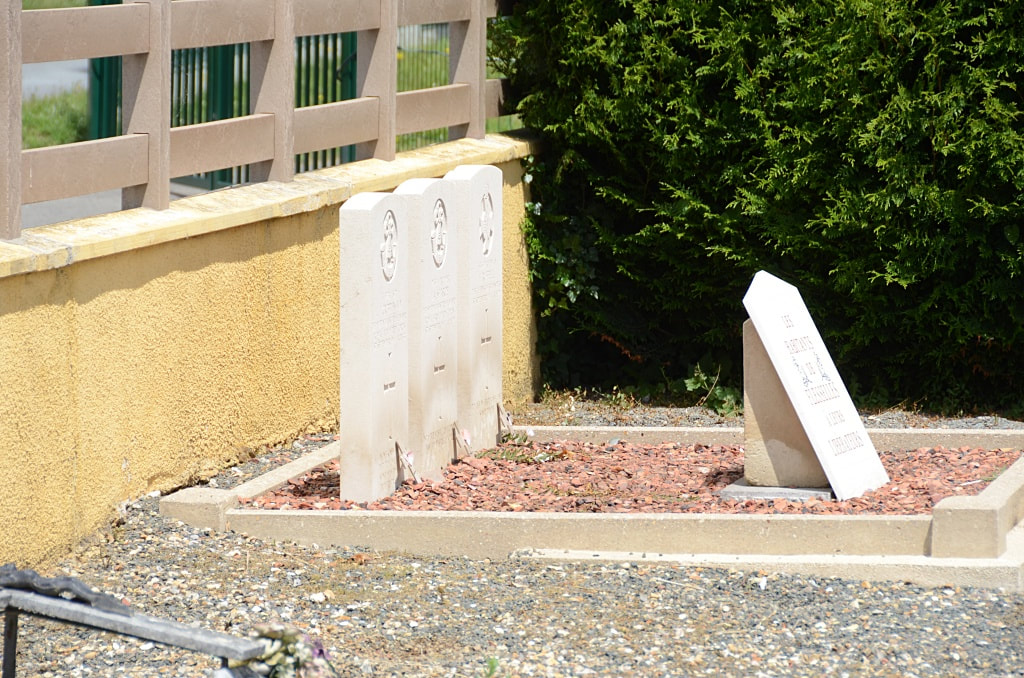 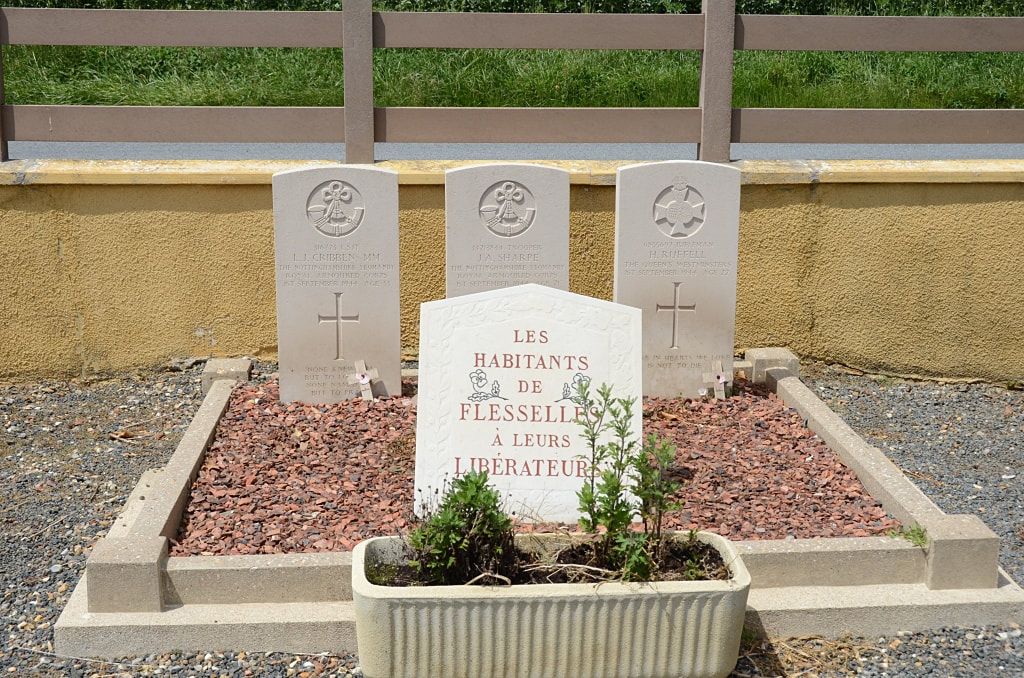 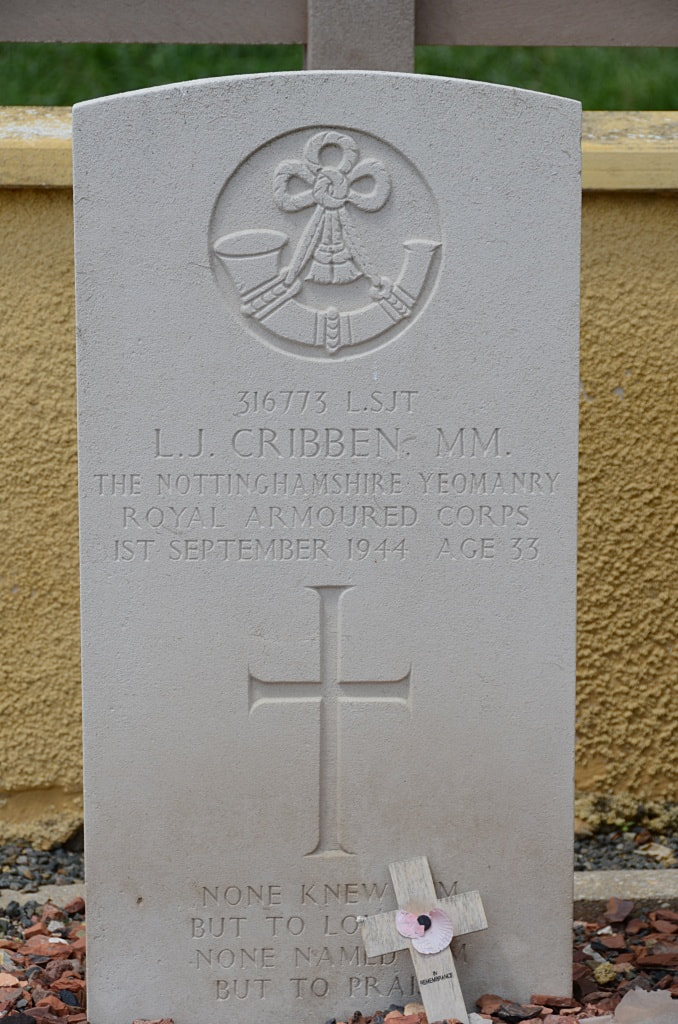 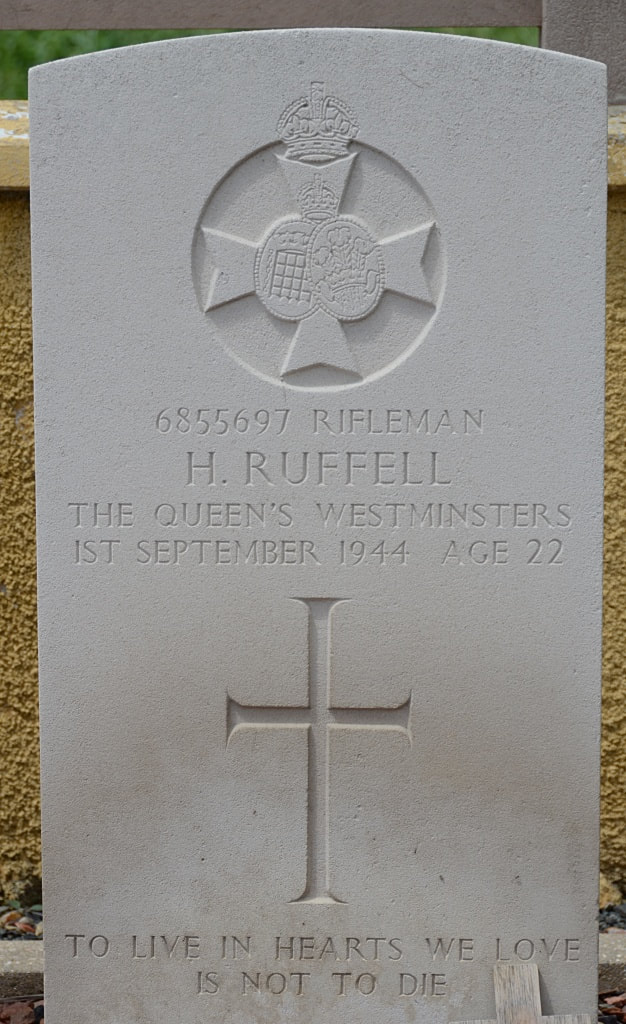 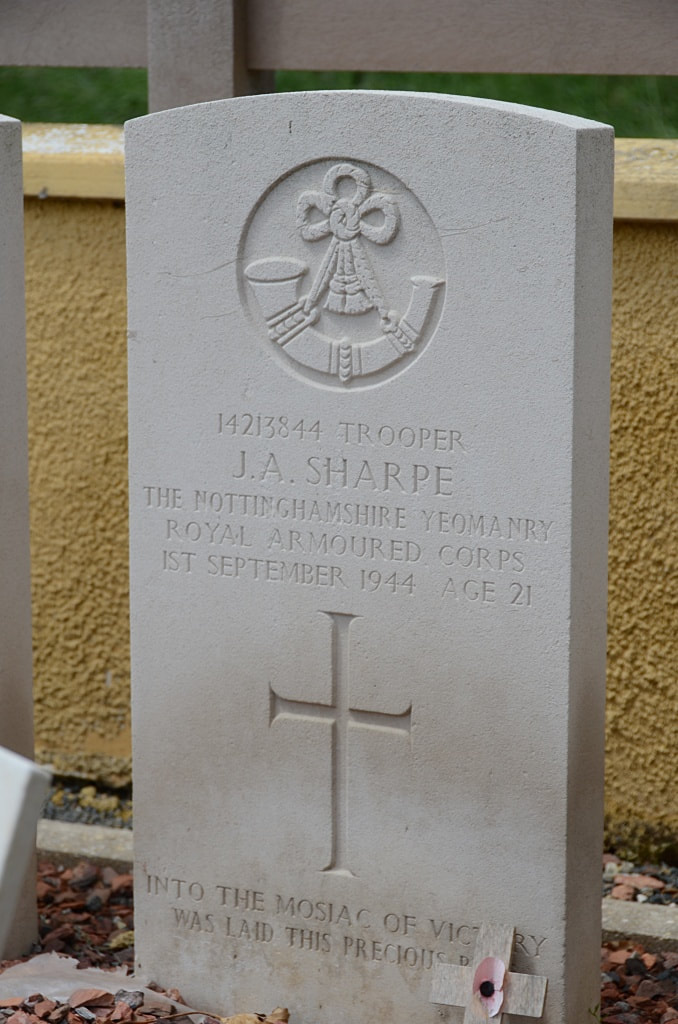 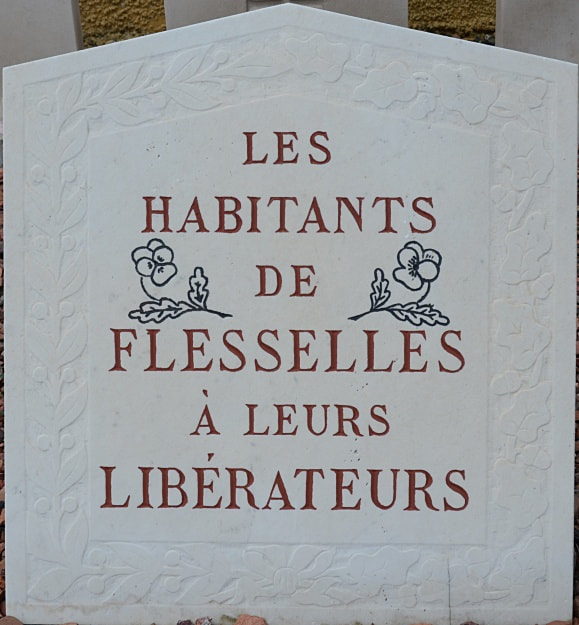