Take the Bologna-Ancona autostrada A14 and exit at Faenza. Follow the signs for the town centre and after the bridge over the railway turn left following the sign to Forli (via delle Ceramiche). Then turn right at the second traffic light and follow the street (via Mura Mittarelli) until the bridge over the river. Take the bridge and turn right immediatly after it in viaPiazza following the sign to the Cemetery. At the roundabout turn right and go on until you will find the cemetery on your right.

If travelling by train, it is recommended to take a taxi from Faenza train station to the cemetery, a journey of approximately 10 minutes.

The war cemetery at Faenza was formed during these months for the burial of those who were killed in the static fighting before the Allied advance was renewed in April 1945.

Faenza War Cemetery contains 1,152 Commonwealth burials of the Second World War, 13 of which are unidentified. 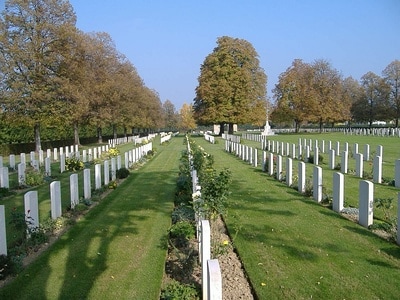 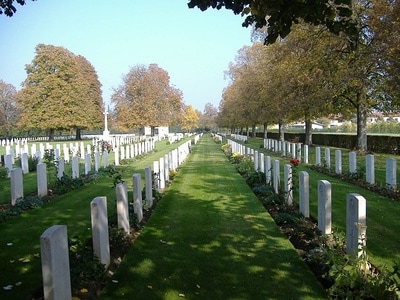 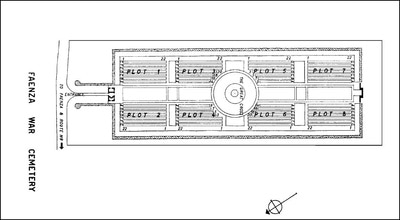 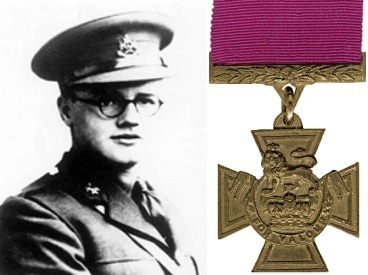 
Citation: The citation in the London Gazette of 8th February, 1945, gives the following details: On 9th December, 1944, the platoon commanded by Captain Brunt was holding a vital sector of the line in Italy. At dawn a counter-attack in great strength by the German 90th Panzer Grenadier Division soon threatened to break through. Captain Brunt rallied his remaining men and, although outnumbered, continued to hold his position. He himself killed about fourteen of the enemy with a Bren gun. On receiving orders to withdraw, he remained behind to give covering fire to his men, before dashing across open ground to a new position. Captain Brunt used the pause caused by this spirited defence to take a party back to the previous position and carry away the wounded who had been left there. Later in the day, the German forces made a further counter-attack. Captain Brunt leapt onto a Sherman tank and ordered the tank commander to drive from one fire position to another, while he sat or stood on the turret directing the fire of the tank. He then jumped off the tank and, with a Bren gun, stalked small parties of the enemy who were trying to approach on the left flank, killing many and causing the rest to withdraw. His coolness, bravery, devotion to duty and complete disregard of personal safety in this magnificent action were beyond praise. The next day, he was killed by mortar fire. 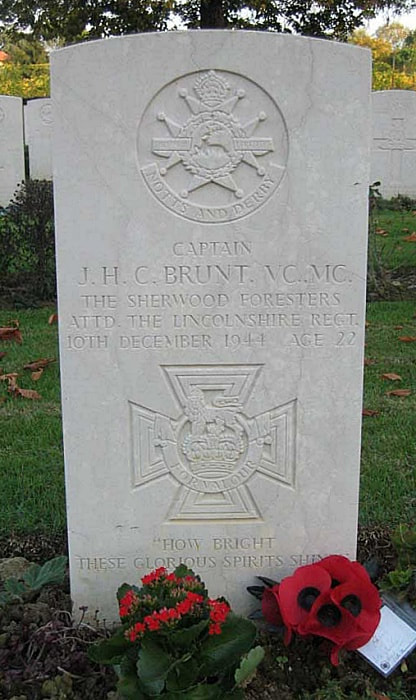 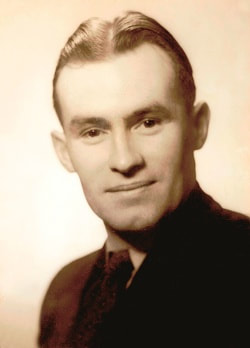 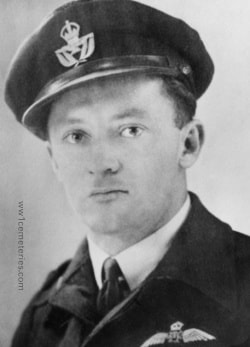 His headstone bears the inscription "His Duty Fearlessly And Nobly Done, Ever Remembered"

Studio portrait of 425514 Pilot Officer (PO) Patrick Gordon Thomas Hoolihan, RAAF attached to No. 92 Squadron RAF. A native of Hughenden, Qld, he enlisted on 28 March 1942. Whilst serving as a pilot with the RAF in the United Kingdom, PO Hoolihan was killed whilst on operations over Italy on 16 April 1945, aged 24. He was posthumously awarded the Distinguished Flying Cross on 30 October 1945 for his "skill and gallantry on a large number of sorties". 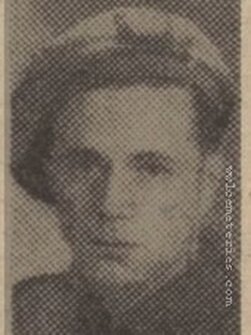 Son of Henry and Marina Lean, of Mevagissey, Cornwall. 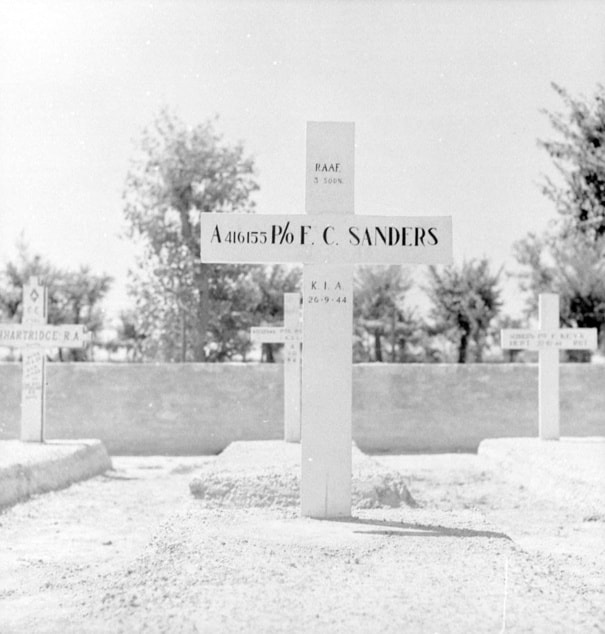 The grave of 416155 Pilot Officer (PO) Francis Carstairs Sanders, a member of No. 3 (Mustang) Squadron, RAAF, who was killed in operations over Italy on 26 September, 1944. PO Sanders is buried in the Faenza British War Cemetery, near Bologna, Italy. The cross is the original grave marker.