The village of Épinac is at the northern boundary of the Department of the Saône-et-Loire, some 24 kilometres due west of Beaune. The churchyard is in the centre of the village. On the left of the entrance and left of the main path are three traditional CWGC headstones and one Jewish. The airmen were killed on the 11th September 1944. 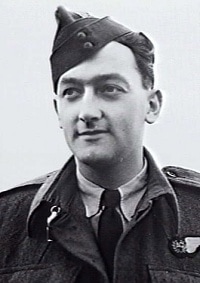 INSCRIPTION. ALWAYS REMEMBERED BY THOSE YOU LOVED.