Heliopolis, a major suburb of Cairo, lies 10 kilometres to the north-east of the main city centre, approximately 6 kilometres from the airport.

Heliopolis War Cemetery is situated opposite El Banat (Girls') College in Nabil el Wakkard Street, and access to the cemetery is from this street.

The cemetery is kept locked outside of these hours.


Wheelchair access to the site is possible via the main entrance.

General Headquarters, Middle East Command was set up in Cairo shortly before the outbreak of the Second World War, remaining there throughout the war years. In January 1941, a Royal Air Force Sector Headquarters for Fighter Defence Canal Zone was established. Cairo was also a significant hospital centre during the Second World War, as well as a leave centre with many social clubs and hostels.

The cemetery at Heliopolis was opened in October 1941 for burials from the many hospitals in the area coping with the wounded and sick, mainly from the Western Desert campaigns. After the war, 125 graves were moved into the cemetery from Mena Camp Military Cemetery where permanent maintenance was not possible.

There are now 1,742 Commonwealth casualties of the Second World War buried or commemorated in the cemetery, and the 83 war graves of other nationalities reflect the diverse make up of the Middle East Command.

The cemetery was designed by Mr. J. Hubert Worthington.

The pavilions at the entrance to the cemetery house the HELIOPOLIS (PORT TEWFIK) MEMORIAL to almost 4,000 men who served and died with the Indian Army during the First World War in Egypt and Palestine, and who have no known grave. The original memorial at Port Tewfik was destroyed during the Israeli-Egyptian fighting of the 1970s.

The pavilion at the rear of the cemetery houses the HELIOPOLIS (ADEN) MEMORIAL to more than 600 men of the Commonwealth forces who died in the defence of Aden during the First World War and who have no known grave. The original memorial in Aden was destroyed in 1967. 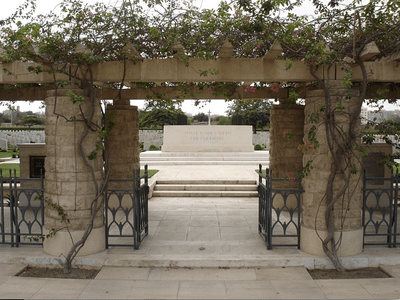 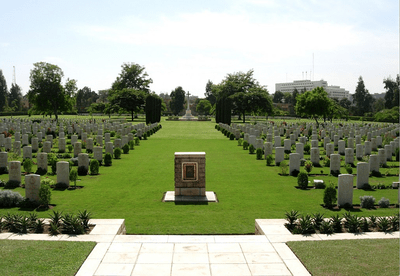 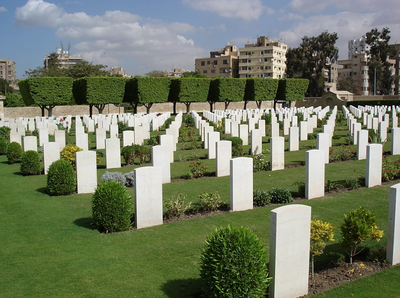 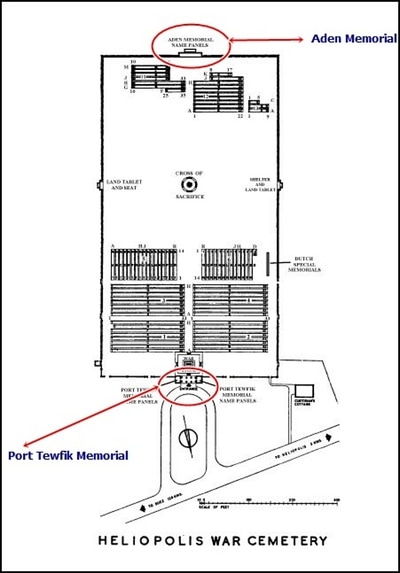 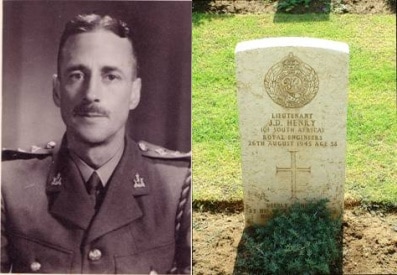 
James Douglas Henry attended Rhodes and Cape Town Universities and qualified in survey. He first worked in the Rhodesias with the Aircraft Operating Company - Involved on ground survey duties in the Zambezi and Kafue River valleys. Later he formed a partnership in Bulawayo and undertook professional surveying assignments. After some five years he joined the SR Survey Unit and played a major role in the mapping of some 9000 square miles of the Northern Frontier  district of Kenya - this was to prepare accurate maps for the allied troops advancing up into East Africa. After a short spell with 7th KAR he moved to the East African Engineers as a Captain. Obviously seeking to utilize his survey skills he then transferred to the LRDG with a voluntary drop in rank to Lieutenant. He did much of the early route finding and drawing of maps.
On 20th February 1943 near Tozeur in Libya there was a misunderstanding with another Free French Army convoy and a firefight ensured. Jim's jeep driver was killed and he was wounded. Jim was airlifted to Tripoli and later moved to the 15th Scottish Hospital in Cairo. He had severe spinal wounds and succumbed to these on 26th August 1943. Jimmy was later awarded the Croix de Guerre with Silver Star. The Rhodesian authorities sent his campaign medals to his father in Cape Town. (1939-45 Star, Africa Star and War Medal) The Rhodesian authorities issued medals engraved with name, rank and unit for casualties - Jim's medals have his unit as LRDG.
It would be interesting to know if 'Henry's Gap' still exists - this was named after Jim. From an original letter of Kennedy-Shaw dated 15th September 1945.'Yes we called 'Henry's Gap' after your son”.At Kufra in the Autumn of 1942 we wanted to send patrols westwards through the Harug el Aswad to get at the Italian lines of communication Murzuk-Sebha - Hon.'  Jim worked out the line and was credited with it being named for him.

Article above by Mike Booker