El Alamein German War Cemetery is built in the shape of a fortress. It contains 4,213 German burials from the Second and 30 from the First World War. There are also 31 casualties with an unknown nationality buried here. It was constructed between 1956-1959, after the emergence of the German Federal Republic.  (Note that it was only in 1966 that the Treaty of Versailles was superseded, & the Germans given control of their own cemeteries in France).

The architect was Robert Tischler who was responsible for the general treatment of the German cemeteries, having been Chief Architect since 1926; & built, or planned  in various places in Europe several ‘Totenburgen’ of which Alamein is the last example. 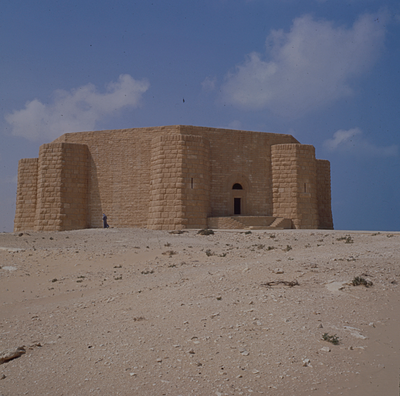 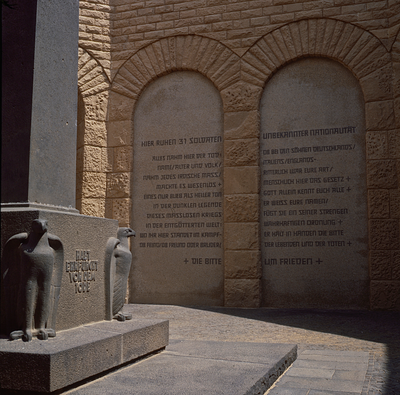 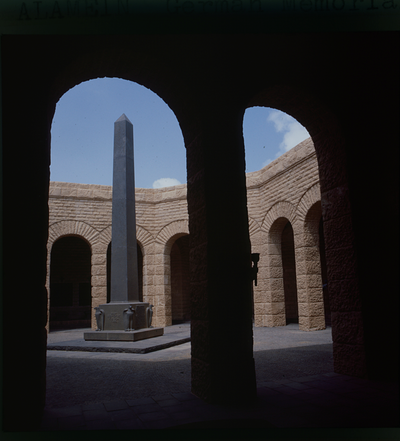 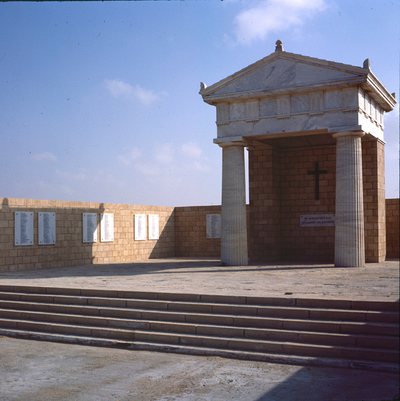 The Italian cemetery is a mausoleum containing 5.200 tombs. Many tombs bear the soldier's name; many are simply marked "IGNOTO", i.e. unknown.
​
The coffin slots inside the tall white memorial are shortened, & therefore could contain only a portion of bodily remains. 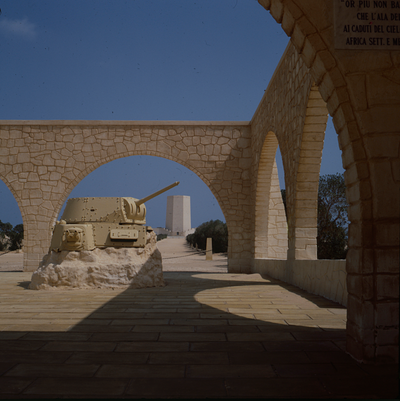 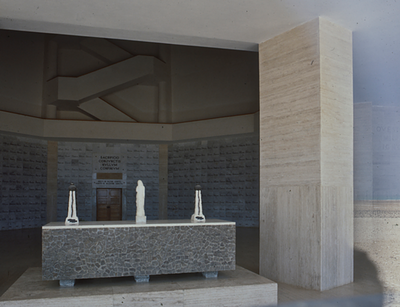 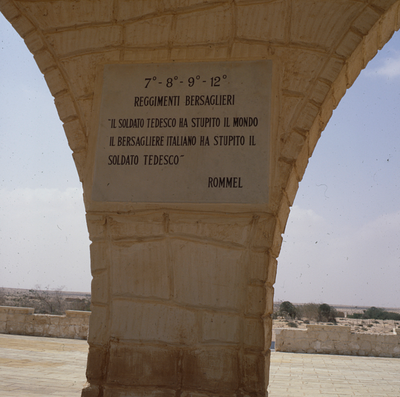 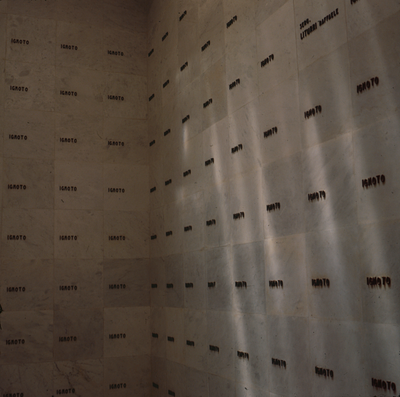 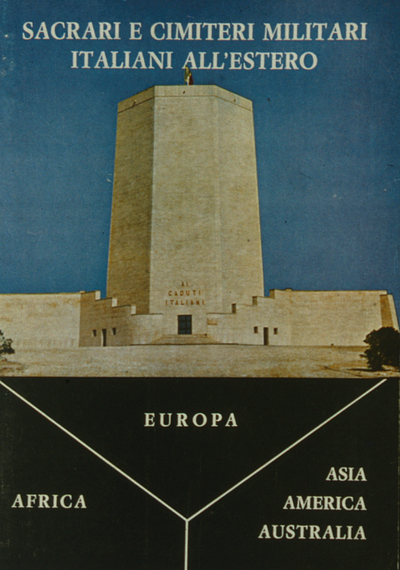 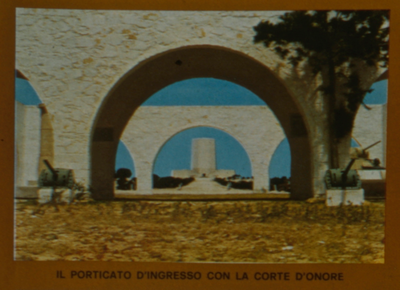