Dainville is a village in the Department of the Pas-de-Calais on the western outskirts of Arras. The Communal Cemetery is on the road to Arras. Historical Information: Occasional burials were made in the communal cemetery at Dainville between March 1916, when Commonwealth forces took over this part of the front, and April 1918, when the Germans began their great advance. The communal cemetery contains 38 Commonwealth burials of the First World War. There is also one Second World War burial from May 1940.

No. of Identified Casualties: 39 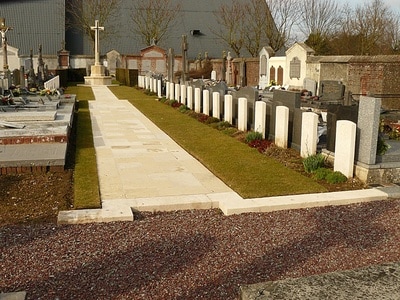