Choloy War Cemetery was created by the Army Graves Service for the re-burial of casualties recovered from isolated sites, communal cemeteries, and small churchyards in north-eastern France where permanent maintenance of the graves was not possible. In 1950, for the same reason the Commonwealth War Graves Commission found it necessary to move in to this cemetery more than 100 graves from a number of churchyards and civil cemeteries in the same area. Those who lie in Choloy War Cemetery are mostly airmen; but there are also soldiers belonging to the forces of the United Kingdom who died in the Saar region during the first few months of the war, i.e. up to May 1940, or as prisoners of war. There is now 1 Commonwealth burial of the 1914-1918 war and 461 of the 1939-45 war commemorated in this site. Of these, 20 of the 1939-1945 burials are unidentified. In addition there are 7 Foreign National burials, 2 of which are unidentified and 334 non world war burials here. 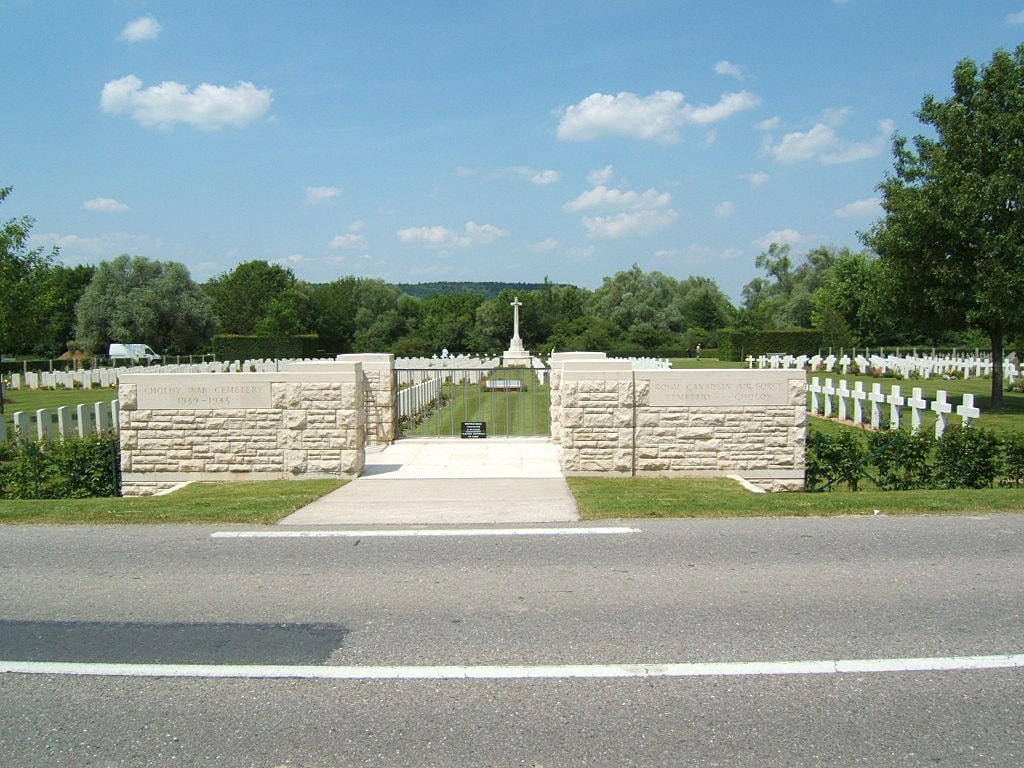 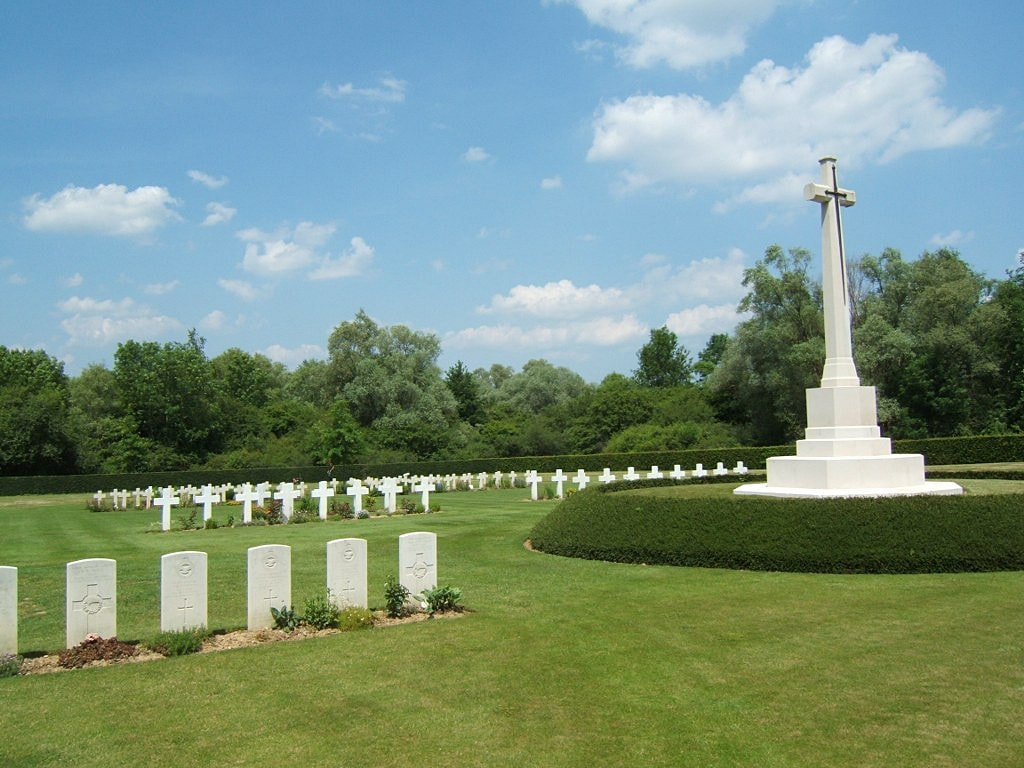 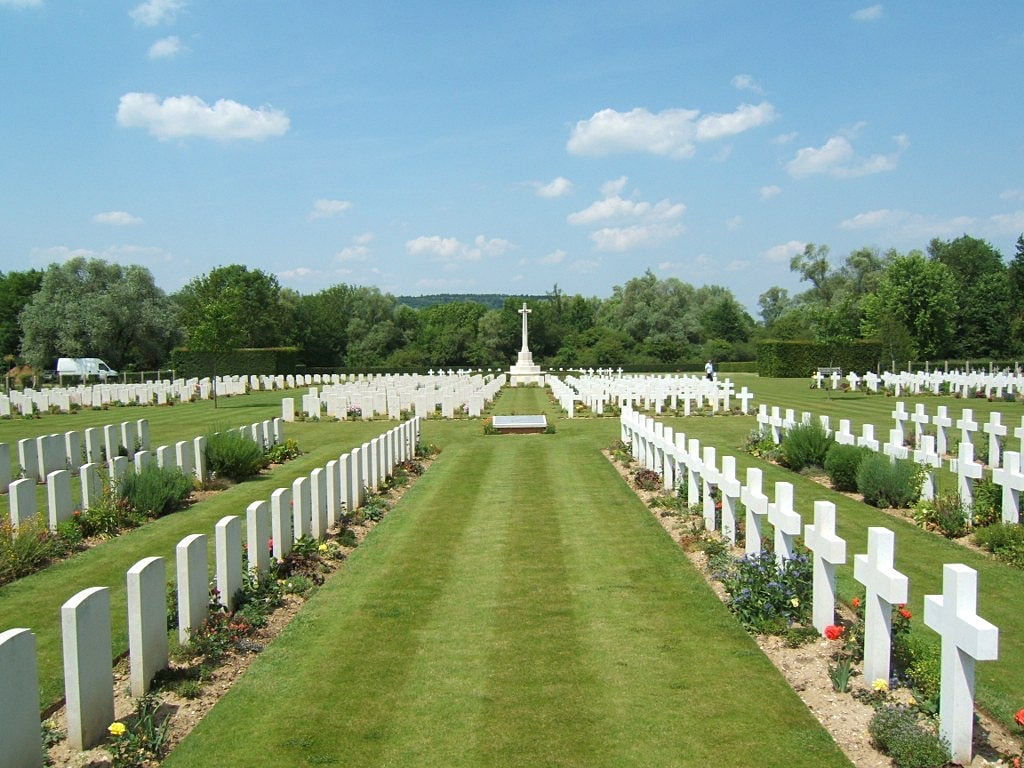 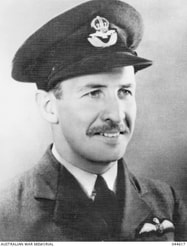 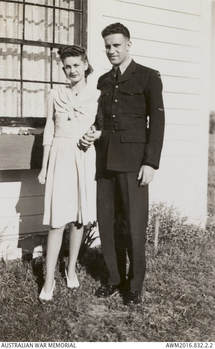 Click on image to enlarge
​
Outdoor portrait of 423088 of Sergeant Ronald Henry Etherton RAAF with his sweetheart Jean Ayre. They met while he was stationed in Canada with the Empire Air Training Scheme (EATS).

Outdoor portraits of 423088 of Sergeant Ronald Henry Etherton RAAF during his aircrew training. He enlisted on 20 June 1942 and spent two years training in Australia and Canada before being posted to No. 76 Squadron, RAF in June 1944. Flight Sergeant Etherton was lost on operations over France on 13 August 1944. He was on a mission heading for Russelsheim near Frankfurt, Germany. 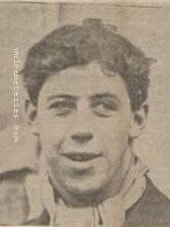 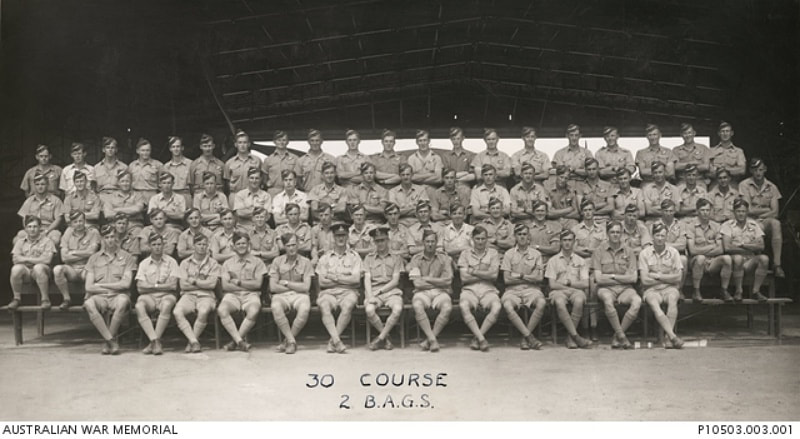 ​
​Group portrait of participants of the No 2 Bombing and Gunnery School (BAGS), Course 30, on graduation day.

Left to right, back row, is: