Cherbourg is a on the north of the Cherbourg Peninsula. The Old Communal Cemetery is on the western side of the town. Coming from Bayeux, turn left at the roundabout in Cherbourg towards the town centre. Continue straight on for about 2 kilometres and on ascending the hill, turn right. Commission signs will be seen. The 1939-1945 War graves are in a special plot about 140 metres from the entrance.

British troops, transport and supplies were landed at Cherbourg in 1939 when the possibility of air and sea attack made it necessary to use the western ports of France instead of the Channel ports. In 1940, the No. 7 British General Hospital was posted to Cherbourg from January to May inclusive. Even after the evacuation from Dunkirk, there were still a number of British troops in France, while others, including the 1st Brigade group of the 1st Canadian Division, who had been sent to try to hold a line with French troops under General George, were arriving at Cherbourg. However, the rapid advance of the Germans along the coast road through the section held by the French made it necessary to re-embark them almost immediately and to withdraw those who had remained in the sector. Troops from the vicinity of Rouen and from a position across the Montagne-Verneuil road were moved in by bus during the night of 16-17 June 1940, and the last of the British Forces to leave from Cherbourg sailed on the afternoon of 18th June, with the Germans only 5 kilometres from the harbour. Liberation came on 26th June 1944, when the German military and naval commanders in Cherbourg surrendered to the Americans. The residential quarters of the town had not suffered severely, and the following day, a house in one of the chief "places" owned by a notorious collaborator, who by then had fled, was commandeered by the Resistance to serve as the rendezvous of the heads of all the Resistance groups in the Manche. Subsequently, it became the seat of the Comite Departmental de la Liberation, the civilian administration which took over local government from the Vichy officials. The army casualties buried in the cemetery are mostly men of the 5th Bn. King's Own Scottish Borderers, which was the covering battalion during the withdrawal, and itself left between noon and 3 p.m. on 18th June. The British airmen buried here include a number who were killed bombing the great German airfield at Malpertus in 1941 and 1942. Their remains were transferred from Malpertus Cemetery to this, their last resting place. A civilian British doctor was among the first twelve casualties to be buried in the cemetery in what is now the Commonwealth plot. The other eleven were all British soldiers killed in June 1940 before the peninsular was evacuated. There is now 1 Commonwealth burial of the 1914-1918 war and a further 80 of the 1939-1945 war commemorated in this site, 15 of which are unidentified. In addition there is 1 non world war burial and 5 Foreign National burials. 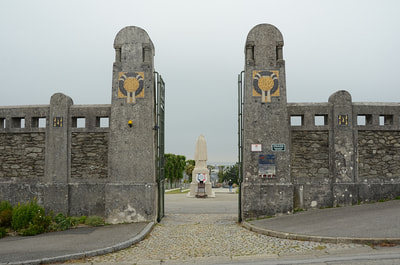 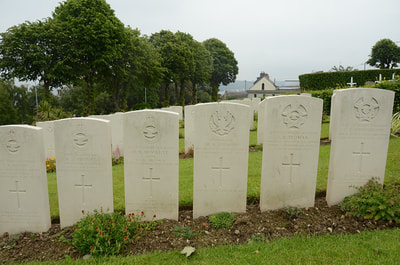 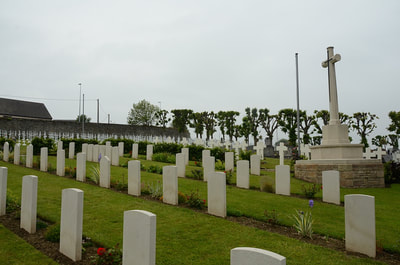 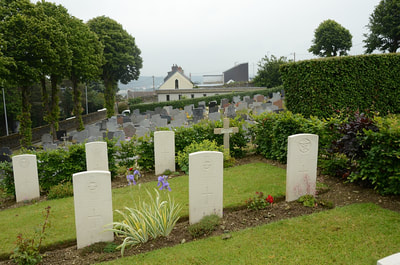 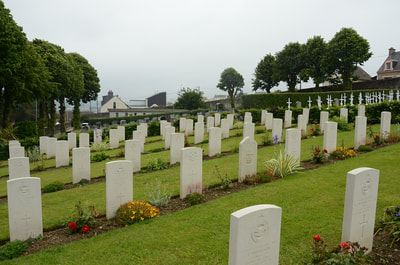 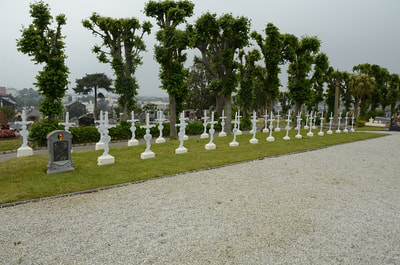 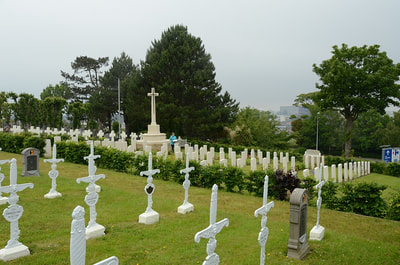 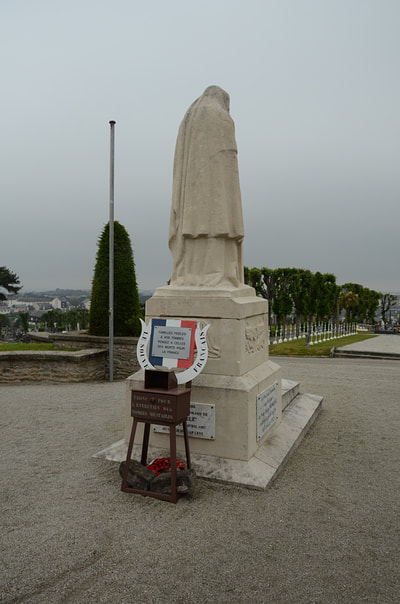 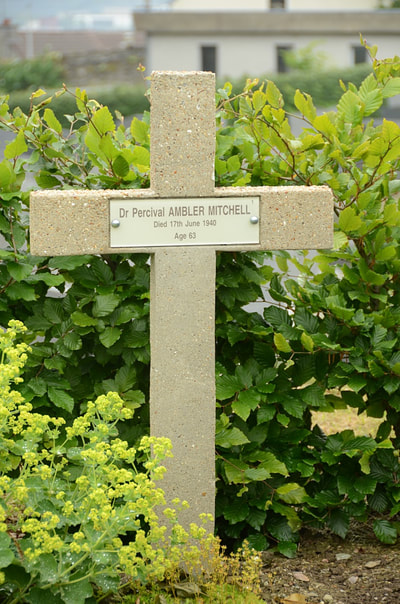 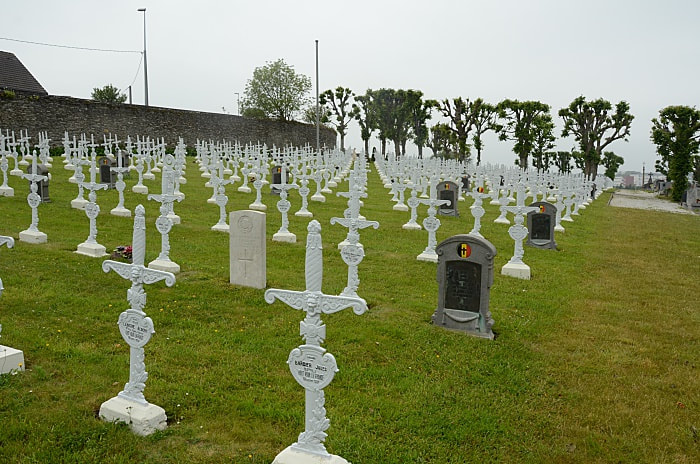