Catania War Cemetery is 7 kilometres south-west of Catania. From Catania Airport follow the tangenziale (main road) towards the A19 (in the direction of Palermo). Before reaching the A19 the cemetery is signposted.

The cemetery may be visited at anytime, however please note that the entrance gate 500 meters before the cemetery is kept locked outside of the gardeners working hours with a padlock. The combination of which is 1221.

Pedestrian access is always possible, however, due to littering and other problems the local authority have found it necessary to erect the gate before the entrance in order to control access by car.

Wheelchair access to site is possible, but may be by alternative entrance.

PLEASE NOTE: The Commission is aware of the fly-tipping on the road leading to this cemetery but this is outside our control. However, our staff do inform the Security Personnel whenever this occurs.

On 10 July 1943, following the successful conclusion of the north African campaign in mid May, a combined allied force of 160,000 Commonwealth and American troops invaded Sicily as a prelude to the assault on mainland Italy. The Italians, who would shortly make peace with the Allies and re-enter the war on their side, offered little determined resistance but German opposition was vigorous and stubborn. The campaign in Sicily came to an end on 17 August when the two allied forces came together at Messina, but failed to cut off the retreating Axis lines.

Catania War Cemetery contains burials from the later stages of the campaign, from Lentini northwards. Many died in the heavy fighting just short of Catania (the town was taken on 5 August) and in the battle for the Simeto river bridgehead. 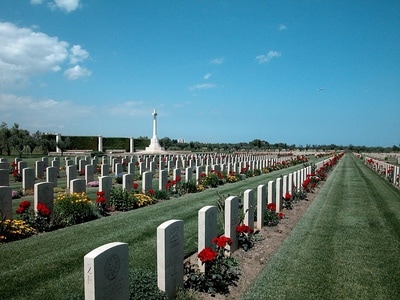 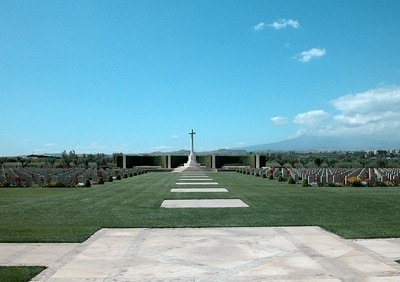 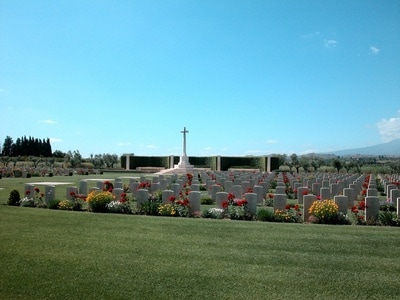 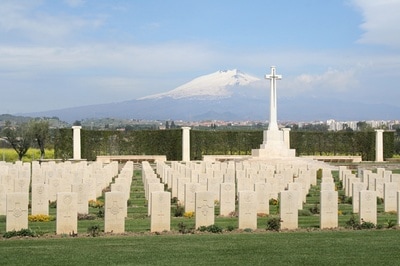 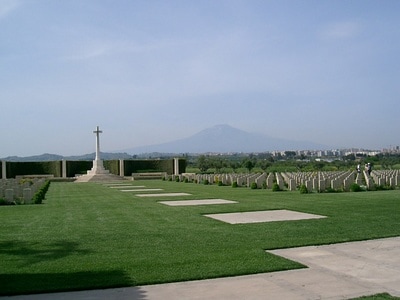 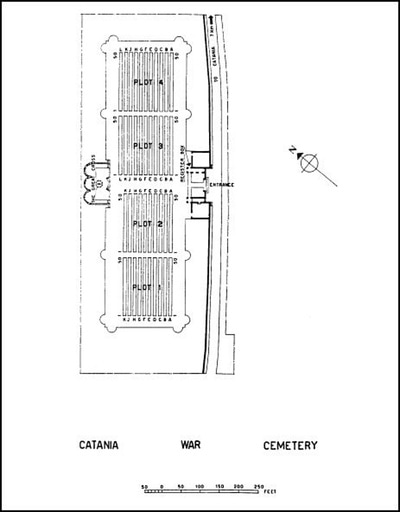